Exploring Kanalveien 90: Bringing Together a New School Campus and The Local Community – An Urban Continuity.

My project is investigating the old NRK buildings, activities in the area, the new plans for the surrounding area and NLAs need for the new campus. I am transforming the buildings into a modern school – An extended school with urban qualities – and, at the same time, bringing back some of the buildings; original qualities of airiness and lightness. I am including users like artists and different kinds of musicians who rent space in the building today. By opening up the building to the public and creating more shared space, I am reacting to the privatization of the school and NRKs changes to the building in the 80s. I hope that the energy and life of the school and it’s additional public programs will have a positive effect on the surrounding area.

The essence of my project is to transform these buildings into a teacher’s training college (NLA) that is also a public space with different types of programs for the residents of the surrounding area. Creating access and opening-up the beautiful Geir Grung buildings for the local people will also give people a sense of history and belonging to the recent past.

I’m working with the possibility of the new NLA (Norwegian Teachers Academy) campus to become a part of the local community. Focusing on shared programs and space between the school and the community, extracurricular activities / recreational activities. For the past two years, people and organizations have rented the old NRK buildings for among other things rehearsal and recording. My project is also looking into the possibility of some of the activities to coexist with the school.

A few years ago, NLA and BOB bought the old NRK plot at Minde. NLA Høyskolen’s plans are to relocate their two campuses at Breistein and Sandviken into the old NRK or previously Martens Brødfabrikk (bread factory) in Kanalveien 90. NLA wants a central campus for their students with the same programs they have today, while Bob plans to fill out the rest of the plot with new housing.

The area around Kanalveien 90 is also transforming from an industrial area to a denser urban area. With the new light rail (bybane), Kanalveien 90 will be in the middle of the existing Wergeland stop, the new Kanalveien and Kristianborg stop.

On the plot there are three buildings, the production hall, administration building (Rotunden) and a gate/technical building. The buildings were originally built for Martens Brødfabrikk and drawn by Geir Grung in the 60s. The buildings are inspired by Japanese concrete brutalism. The elements are massive armed concrete elements and are designed to be flexible for expansion. After NRK moved in 20 years ago, the building has been through a lot of changes inside and is more closed off from the outside than it was originally.

I’m exploring the possibility of transforming the buildings into a modern school with urban qualities and restoring some of the building’s original qualities. Reacting to the privatization of the school and NRKs changes to the building. 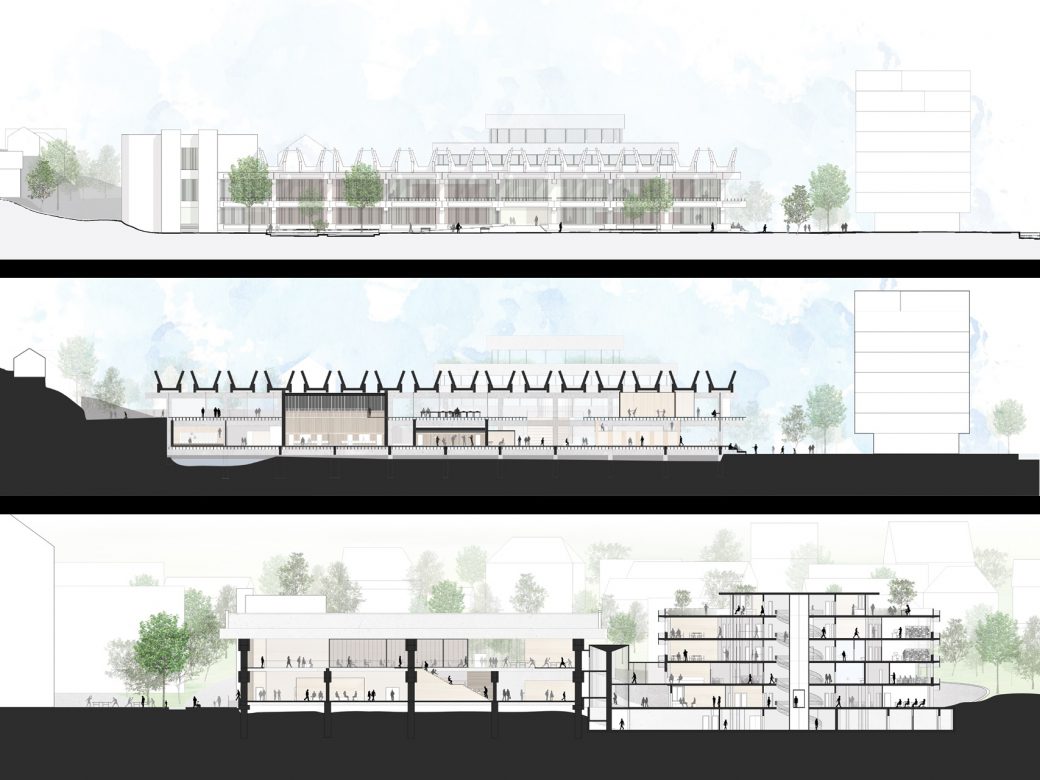 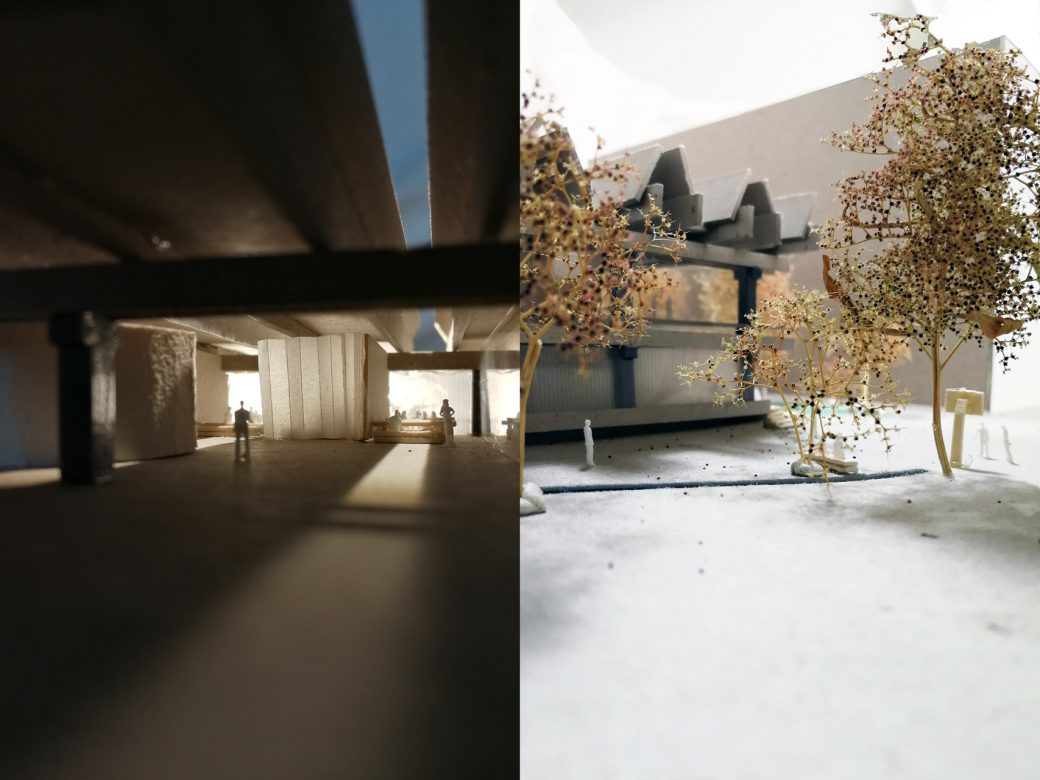 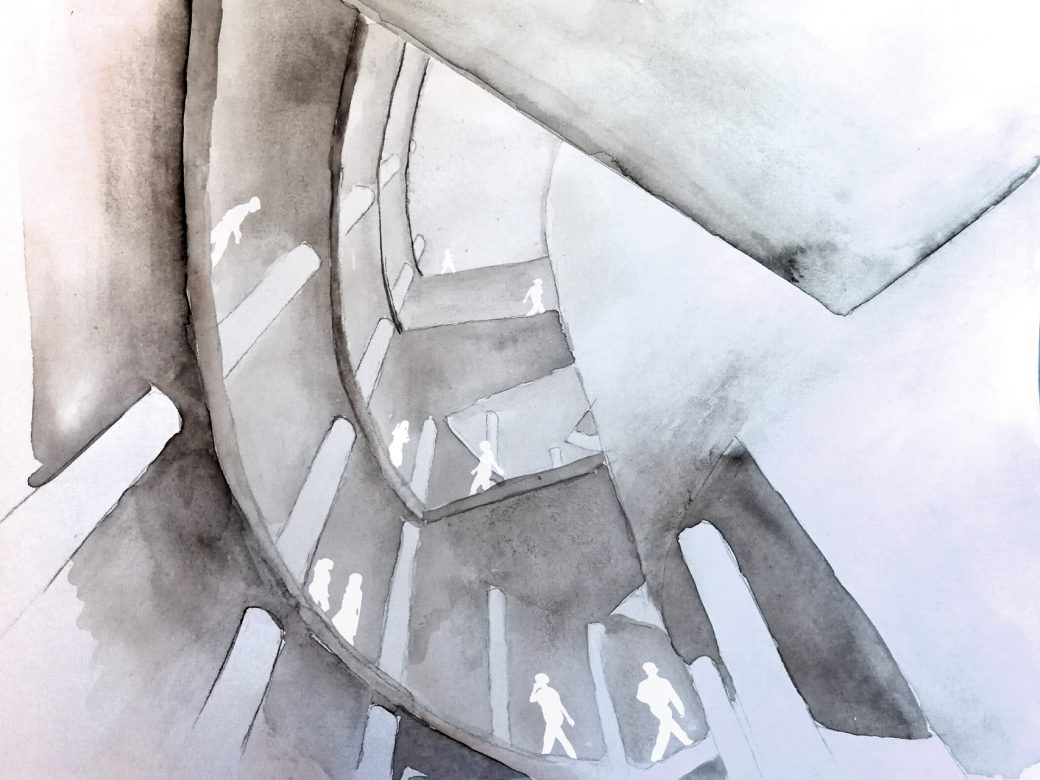 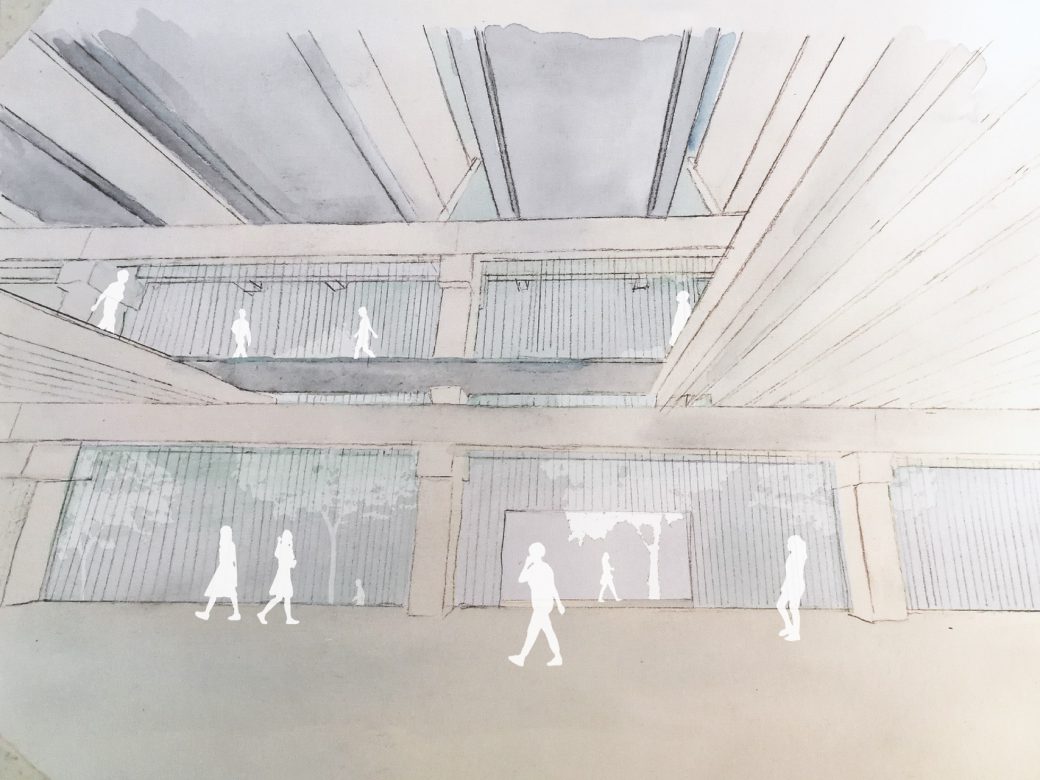 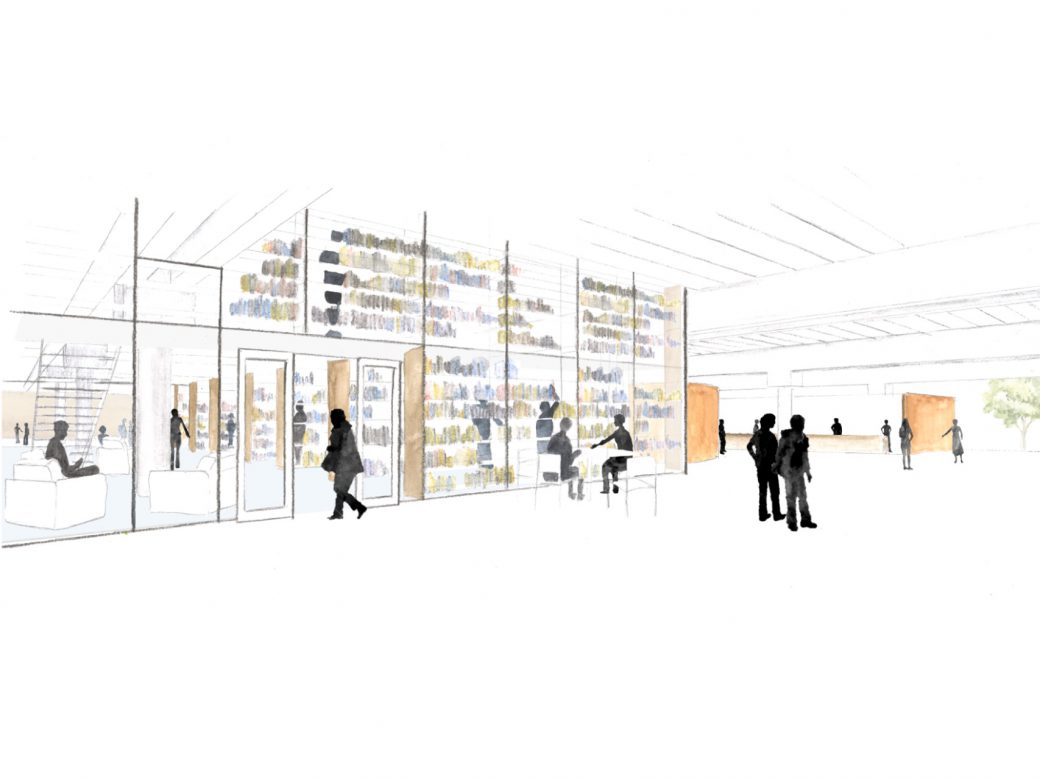 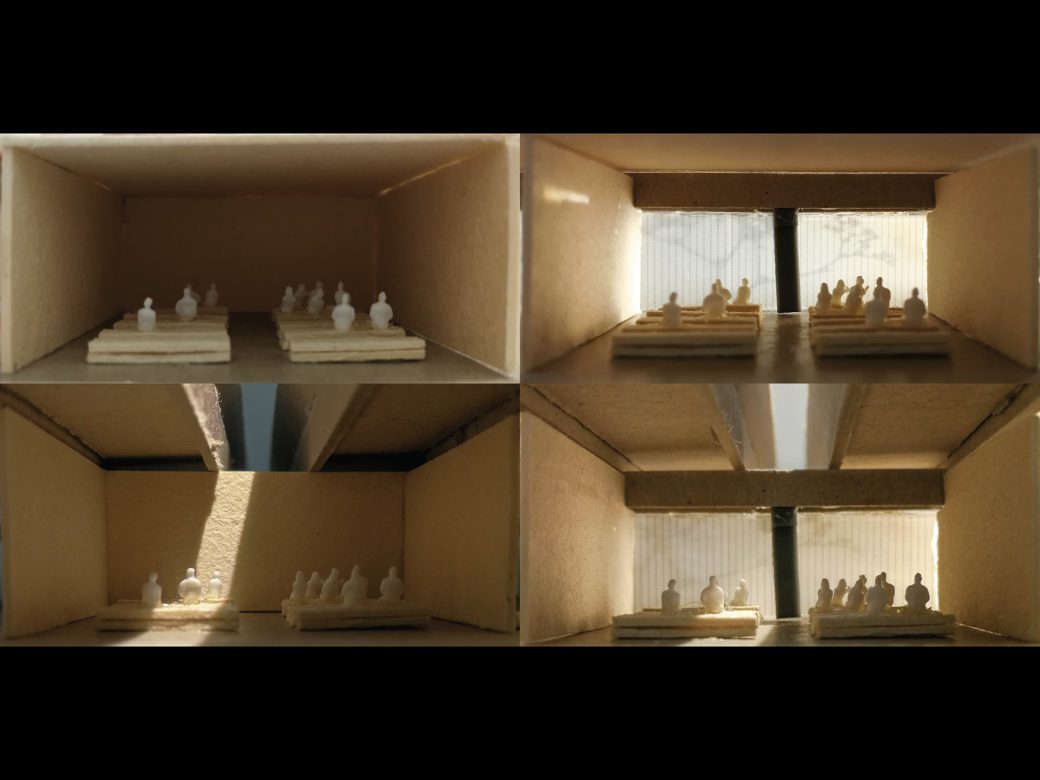