TURNING THE SWITCH ON AGAIN

course
Diploma project
location
Vågsøy, Kinn Municipality, Vestland / Træna, Træna Municipality, Nordland / Makkaur, Båtsfjord Municipality, Troms & Finnmark
Tags
Adaptive re-use cultural heritage, Culture and conservation development, Decommisioned buildings Local context
years
2021
Introduction
- Revitalizing decommisioned Lighthouse stationsIn this project we explore the potential in abandoned and decommissioned lighthouse stations. How can these left behind buildings be put into new use, and what can their role be in the 21st century? We used different locations and stations as opportunities to explore the questions that drive the project.

Lighthouse stations that were once lived-in have gradually been abandoned with the arrival of modern technology. As it became a simple lantern, a place no longer inhabited by humans, many of the lighthouse stations have progressively deteriorated as it often happens to coastal buildings when their function expires. Along the coast of Norway, there have been 226 lighthouses, of these, up to 154 have been in operation simultaneously. Today, a total of 107 facilities are defined as lighthouses in Norway. To understand the similarities and the differences, their context and building type, we mapped all the existing lighthouses and zoomed in on three situations. We have done this to further understand what they have meant, and can mean to the local community, landscape and to the network of lighthouse stations along the coast today.

The lighthouse stations that we will propose interventions at are:

In this diploma, we work in the interface between being able to take care of a coastal culture and strengthening the relationship with nature through revitalizing decommissioned and abandoned lighthouse stations. We have used different approaches for the three lighthouse stations in order to discuss the topics of adaptive reuse, local context and conservation.

At Hendanes Lighthouse station we suggest a radical approach by removing and changing parts of the existing structure due to the state of decay and the locals expressed desire for a new program.

At Træna Lighthouse station we suggest a temporal and reversal approach, by adding program, material and structures that could in the future be changed and/or removed if a conservation status or a new program for the station should be proposed.

At Makkaur Lighthouse station we suggest a regardful approach, by enhancing the existing qualities of the space and hightlightning the landscape it is situated in. At the same time we also see the need of challenging the conservation laws as they might be to restrictive which results in the building not being used and kept in good condition.

Three lighthouse stations each telling a story of their own with a new use that we hope will prevent these buildings to end up in ruins. 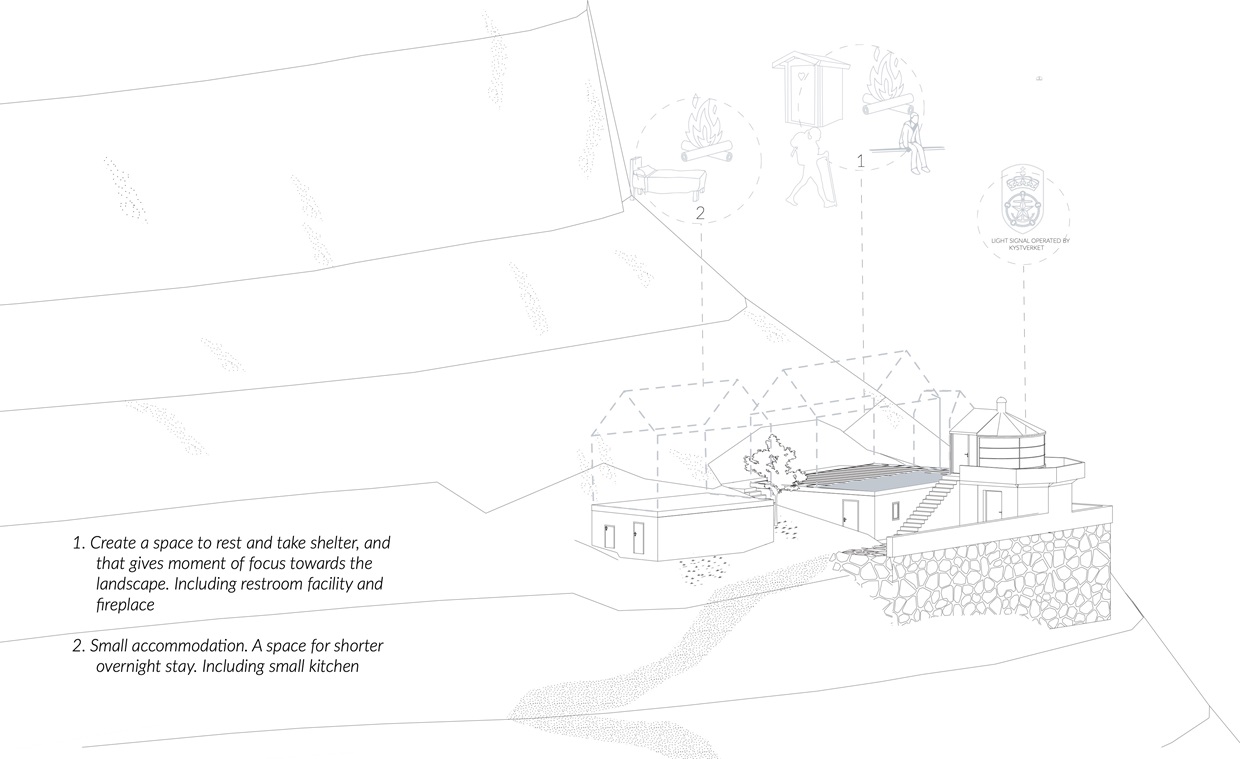 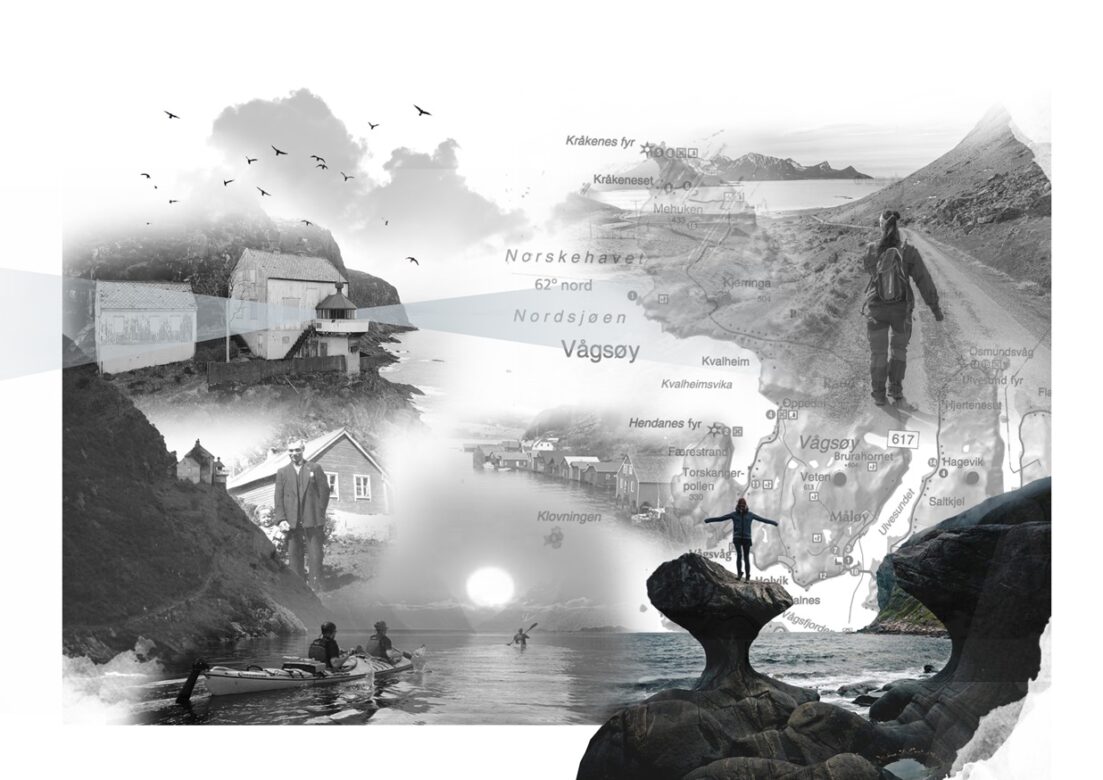 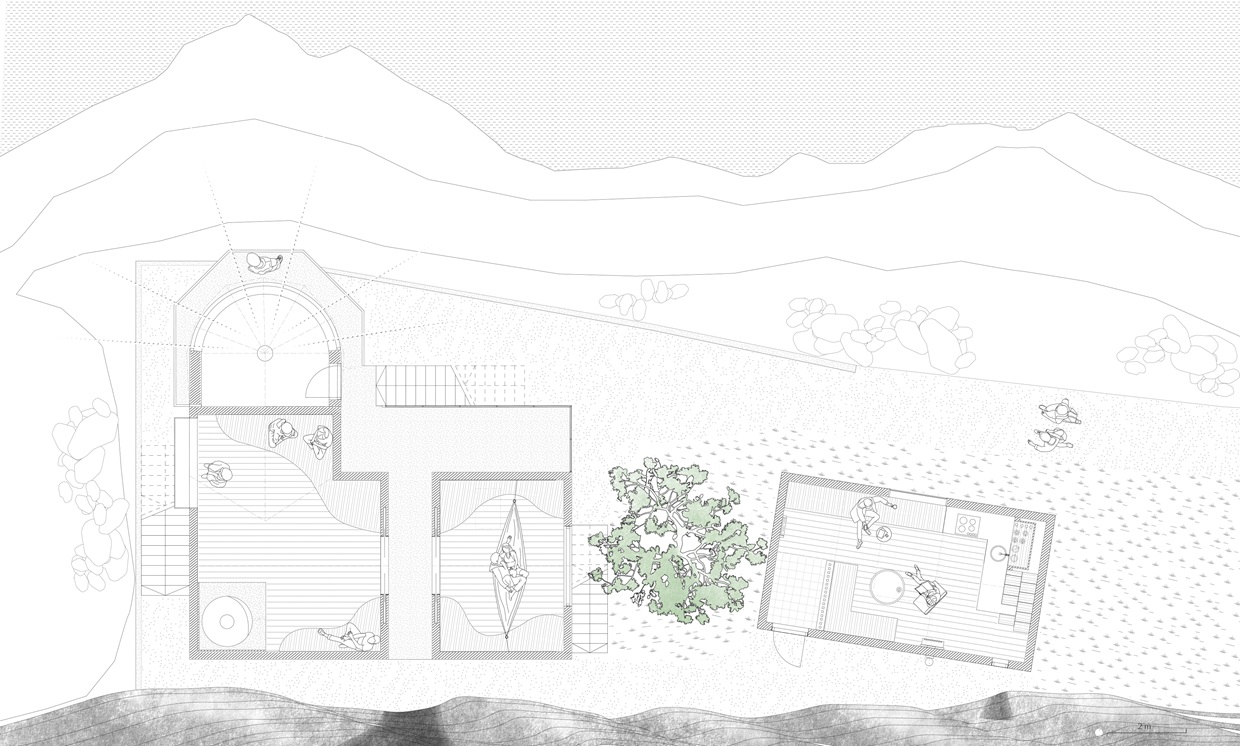 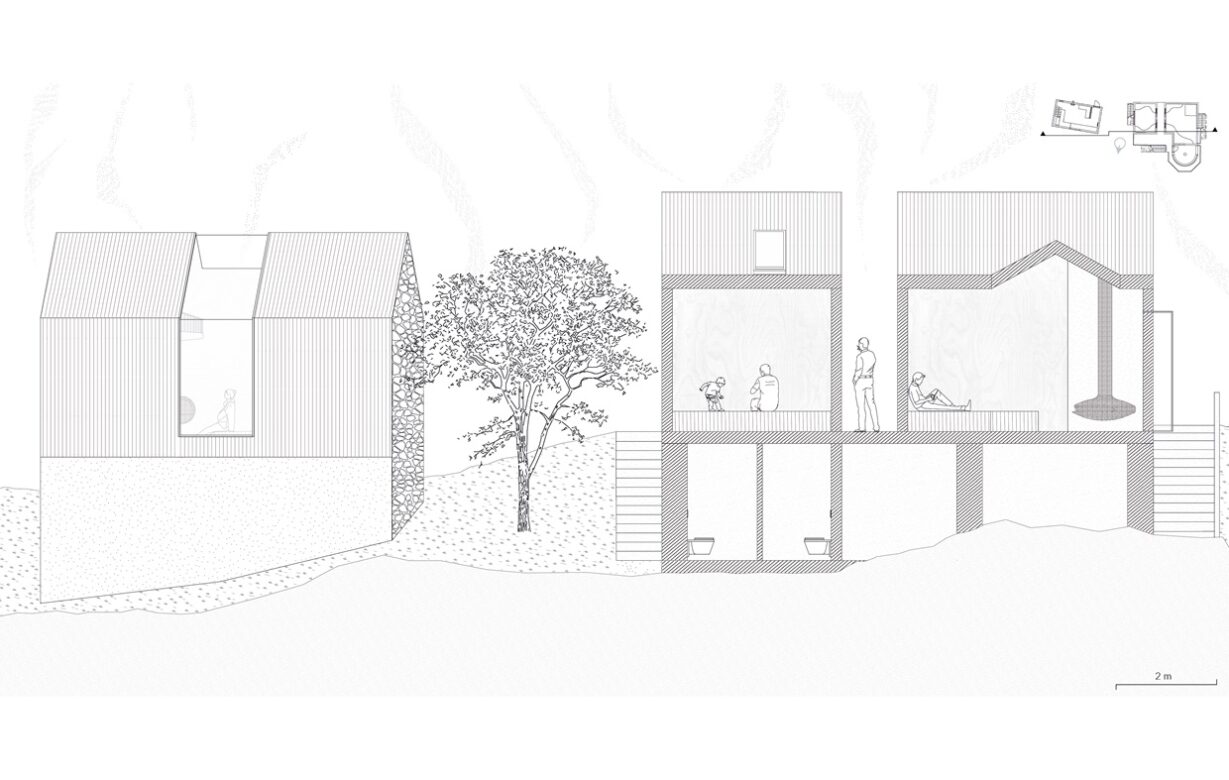 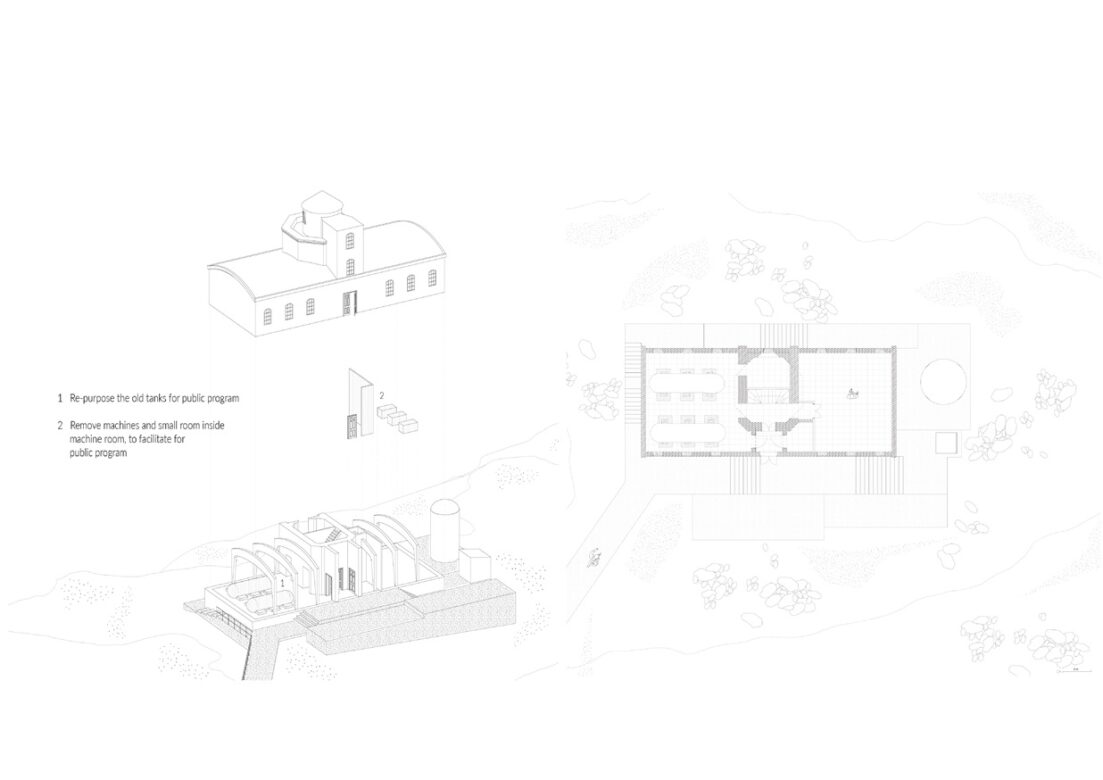 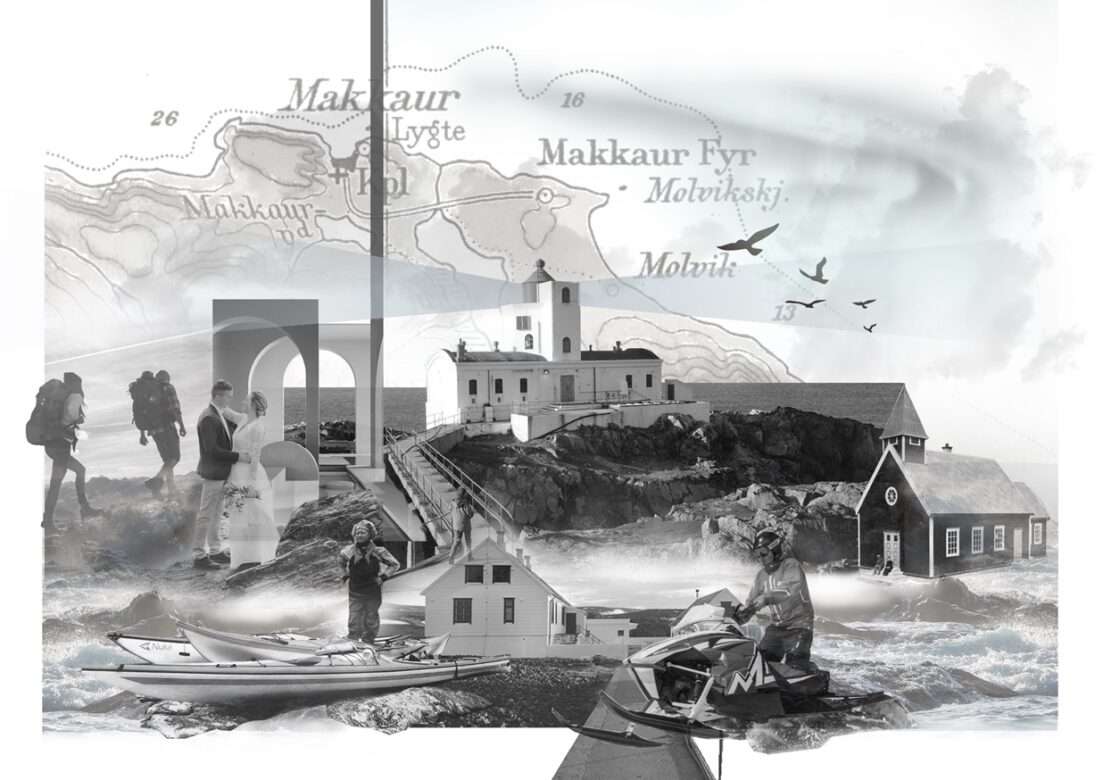 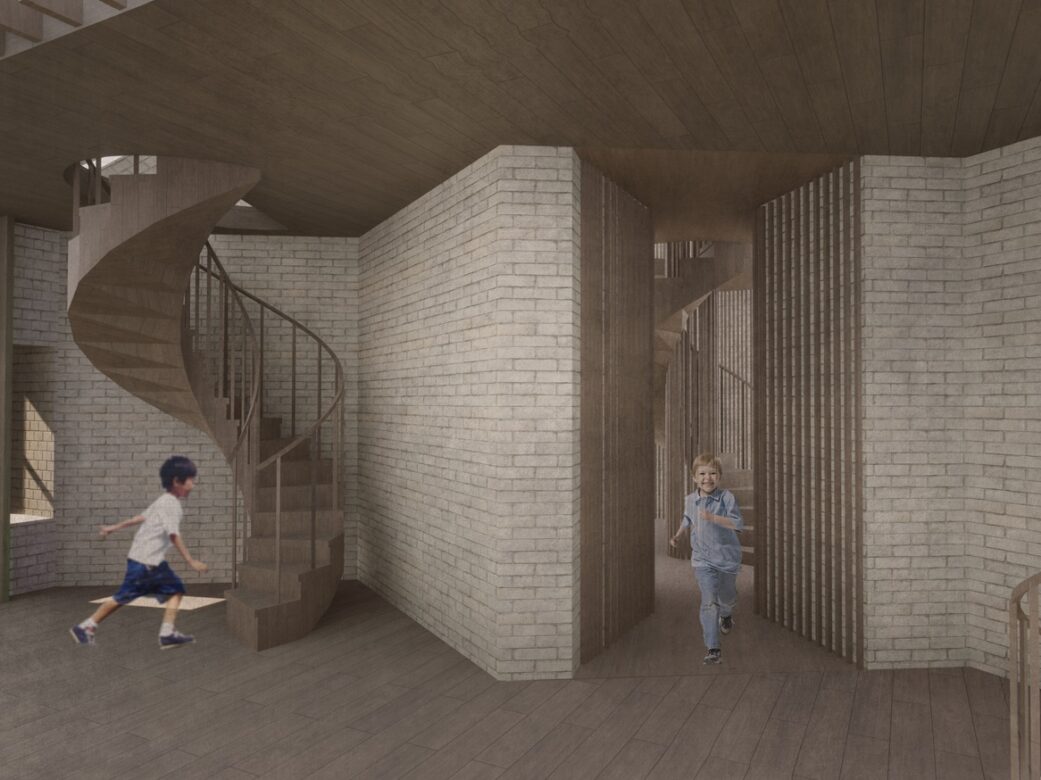 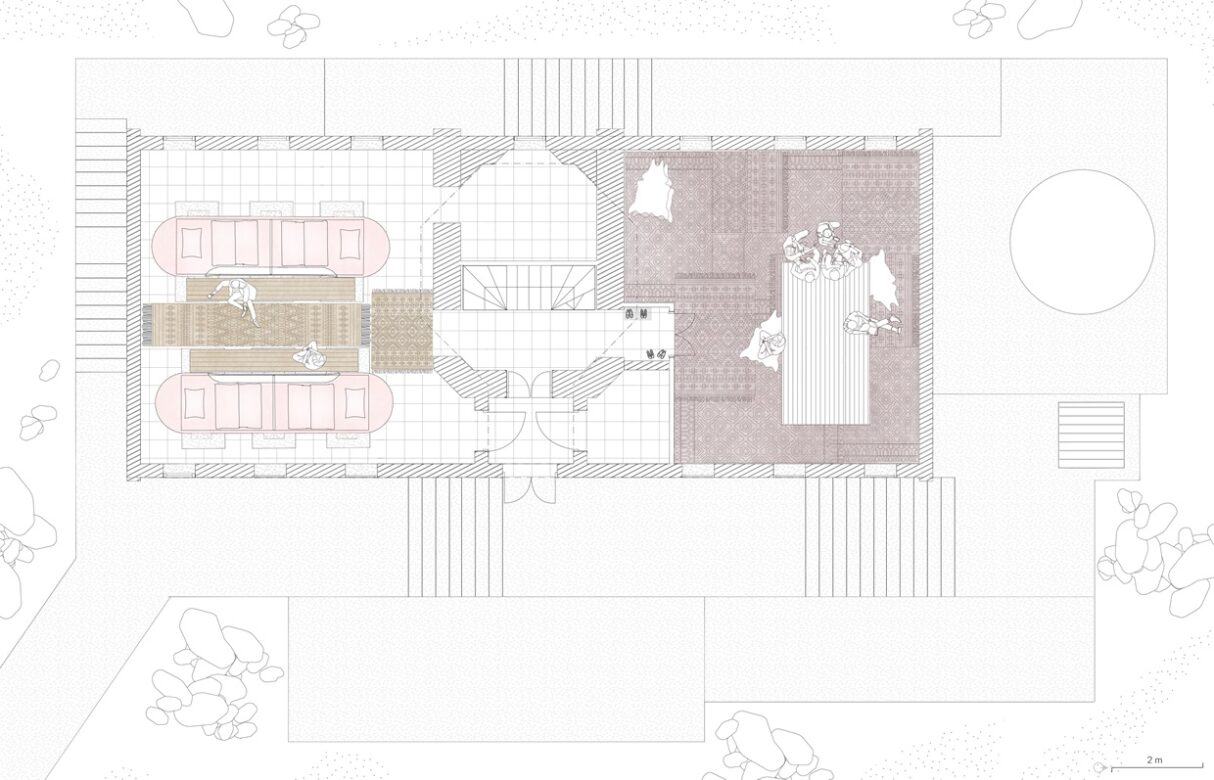 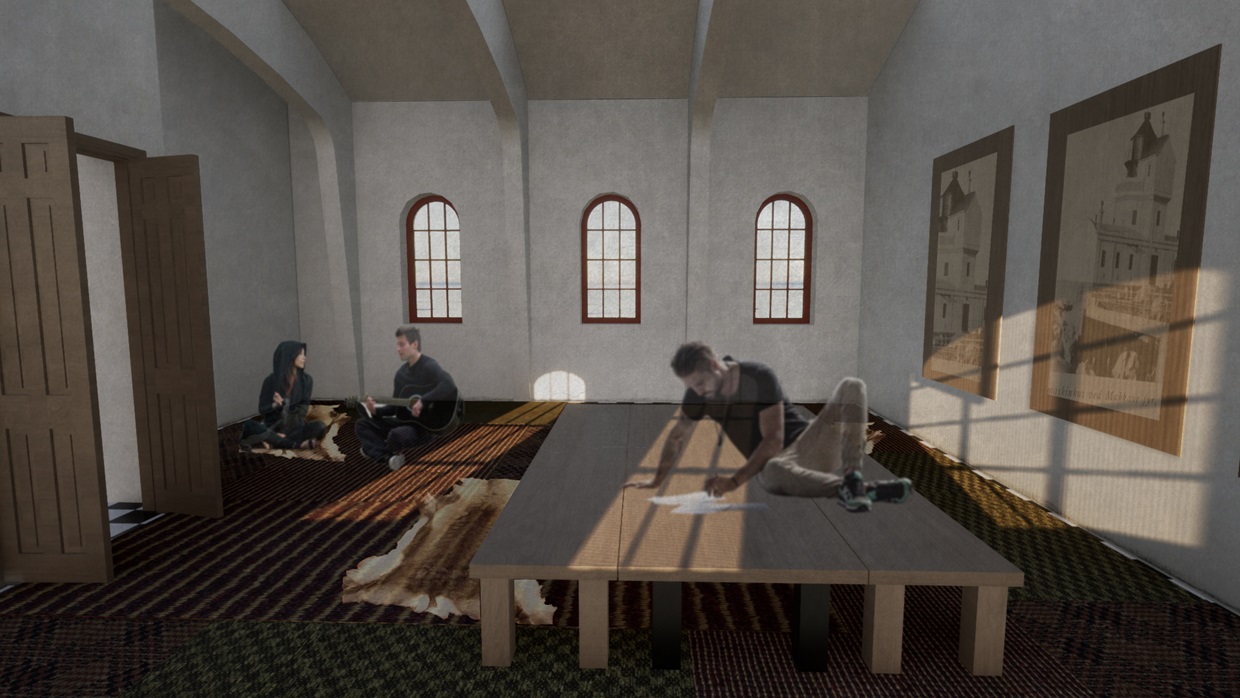 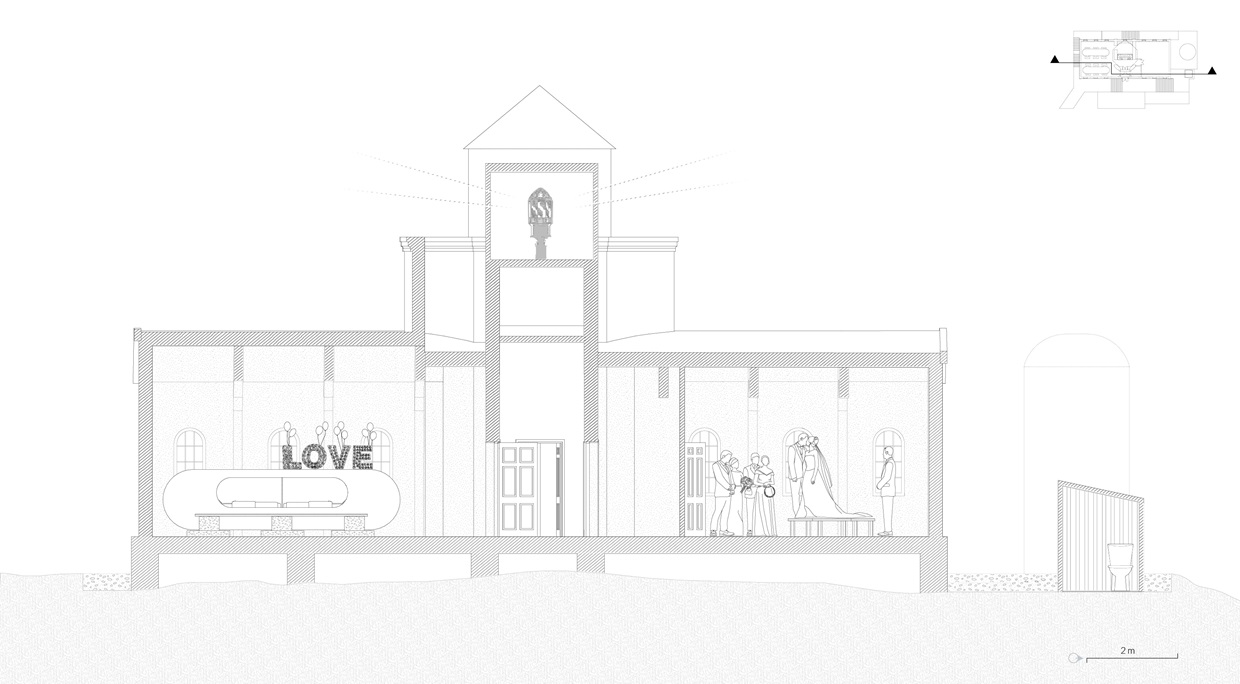 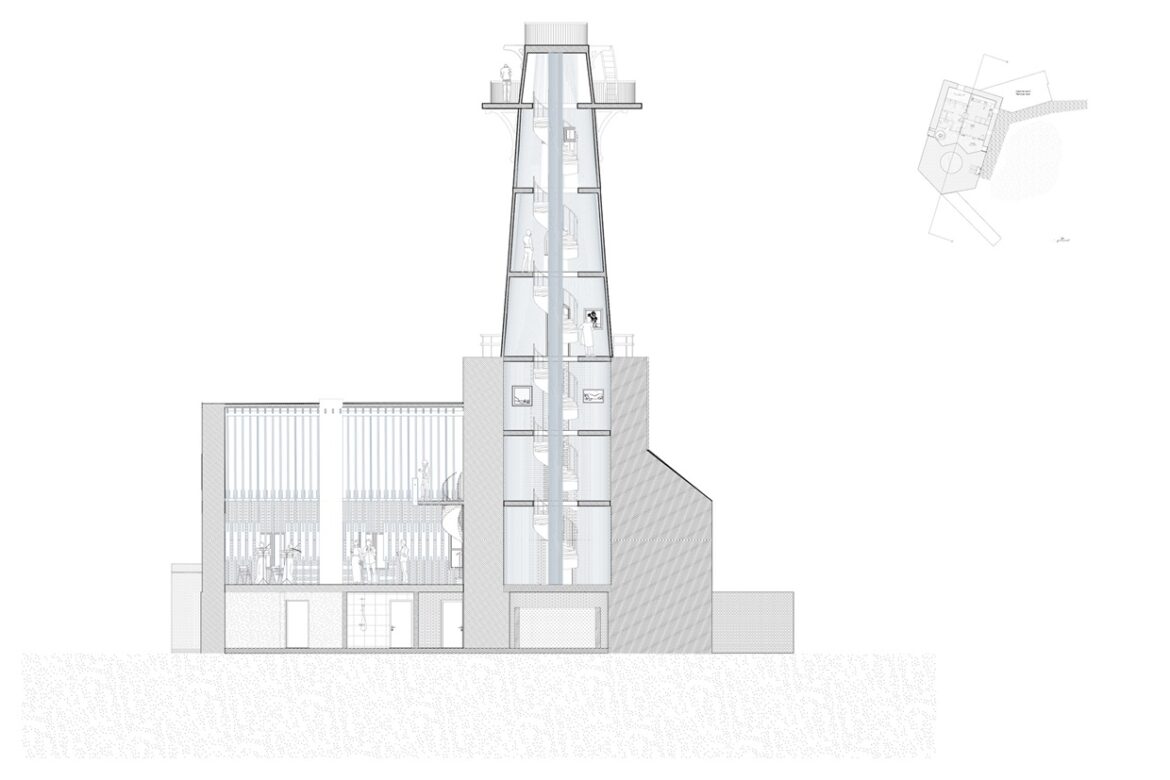 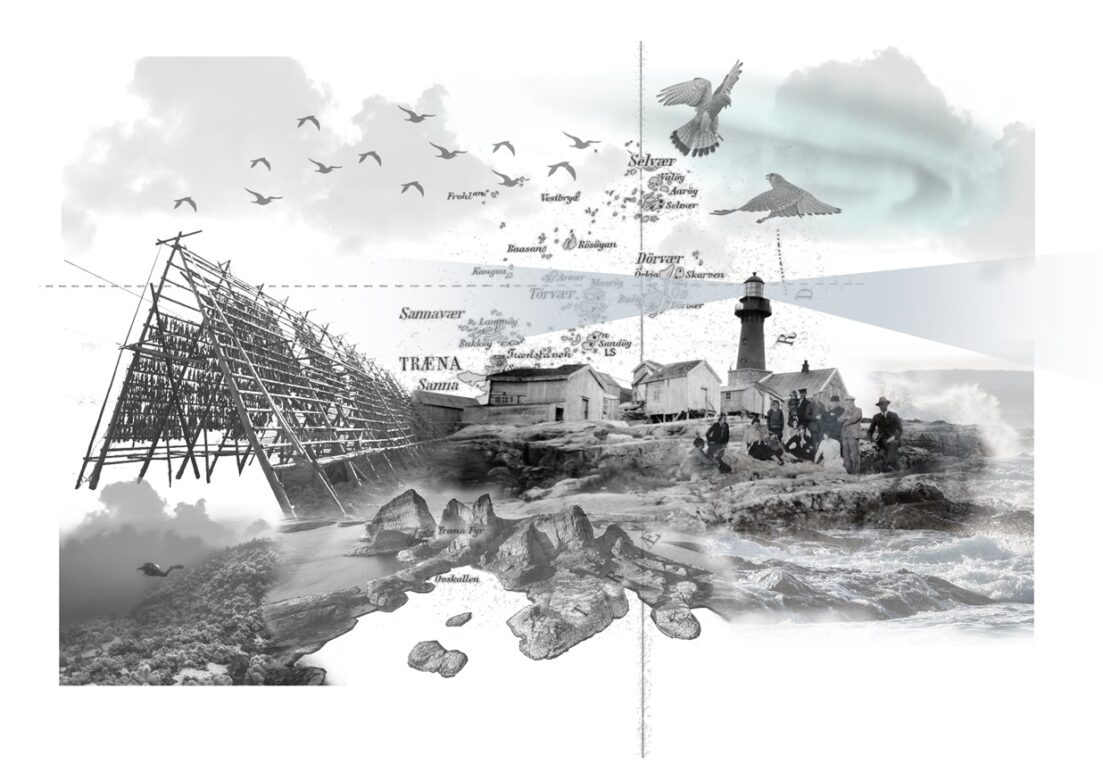 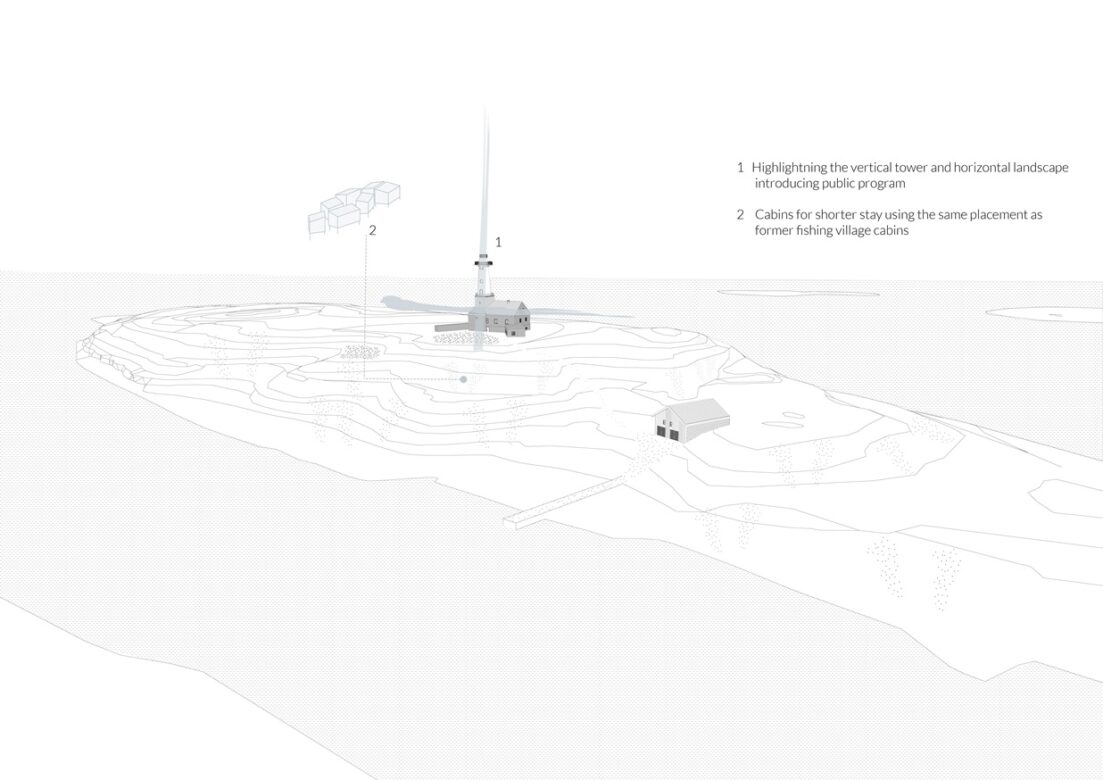 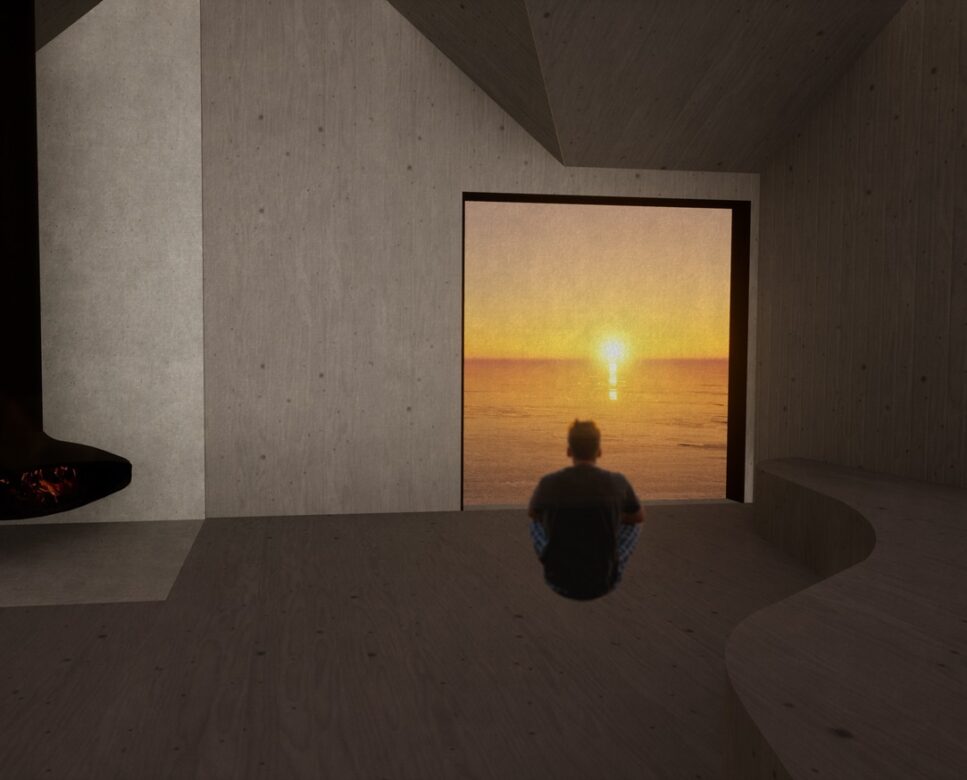