Archelogoy of an empty zoo

This diploma work is a radical response to beliefs attained after visiting that zoo under the grand hall of the new museum of immigration. The captive animals living in the basement are ghosts from a thinking we are said to have left behind. In order for the newfound institution to discuss colonial attitudes; on how we relate to other species and resources and our dominating role in the hierarchy of these ecosystems. Releasing the captive animals from their man made artificial prisons and in the process becoming a landmark in the inevitable decline and fall of the zoological concept in todays form is necessary. This diploma offers a transitory stage. Streams of digital projections. The digital zoo.

The modern era, the industrial, the imperial, the colonial; whatever the names of the époques we left behind may be, we then, arguably related to the natural world through conquering and exploiting it for resources. With this a value system followed, – imposing the psychological separation of man against nature. Man vs animal. The Western world and the “exotic” world. Yet, such a separation was always an illusion.

Even though remnants from this way of thinking are distributed everyday through the fragmented digital stream of information, offering a polemic battle of world views with the aim of confusing, dividing -and controlling to withhold the status quo, how we relate to the natural world are today again being re-examined through the way we clothe ourselves,  what we eat, consume, think,  it is all rapidly changing. The ecological crisis produced by our past thinking, have now forced us to accept a radical change in the way we relate to the resources of the natural world is necessary.

The former Palace of the Colonies in Paris is a ruin of thoughts, antiquated ideas and architectural expressions of power. What at first glance appear beautiful, on further inspection, reveal a pastiche of styles from every french colonial outpost glorifying the imperial march. In the time of the anthropocene, the former palace of the colonies is too urgently relevant to be treated as yet another Parisian artefact. – Converted into a museum of immigration in 2007, only a small part of the top floor was given away for new exhibitions.  A cafe was built in the entrance. The grand hall is often rented out for conferences, hiding away the diaporamas with uncomfortable narratives. Even more absurd, the zoo in the basement displays exotic animals, alligators and crocodiles. 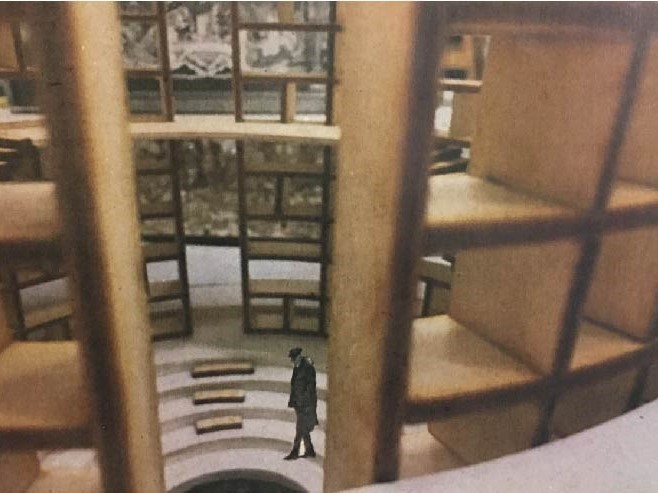 Palace of the Colonies, Paris. In the Grand Hall, four bookshelves will be built forming a circle. When entering into this circular library, light fickers from the basement beneath. The frescoes on the wall will appear fragmented between the shelves 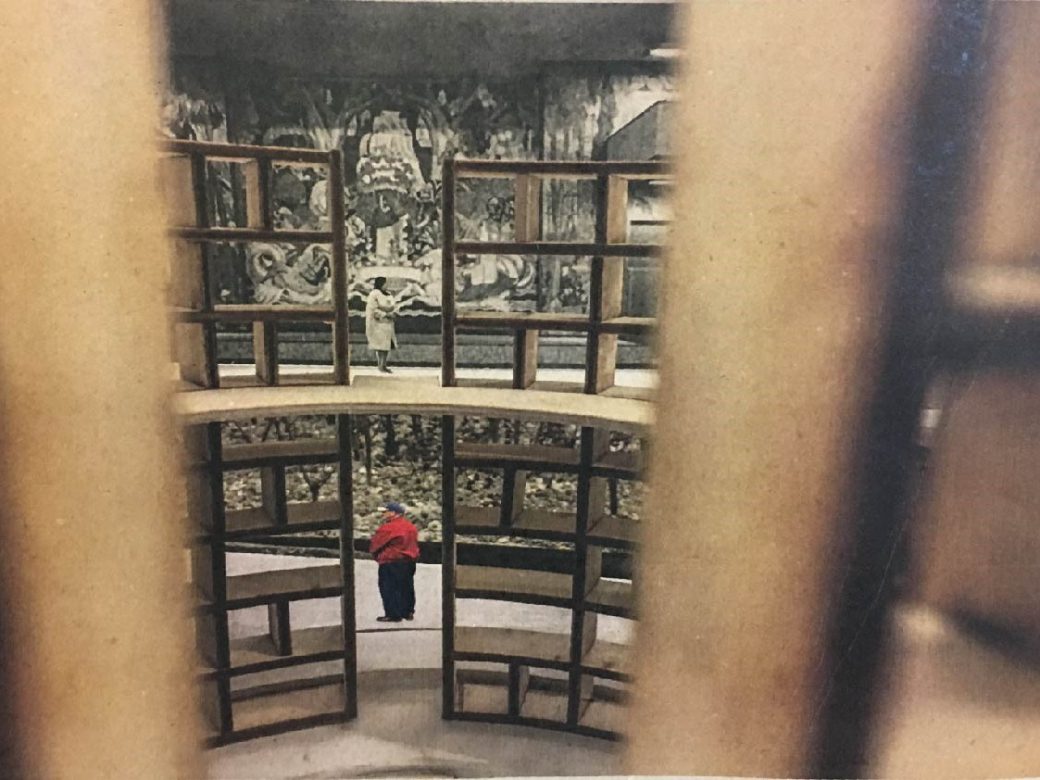 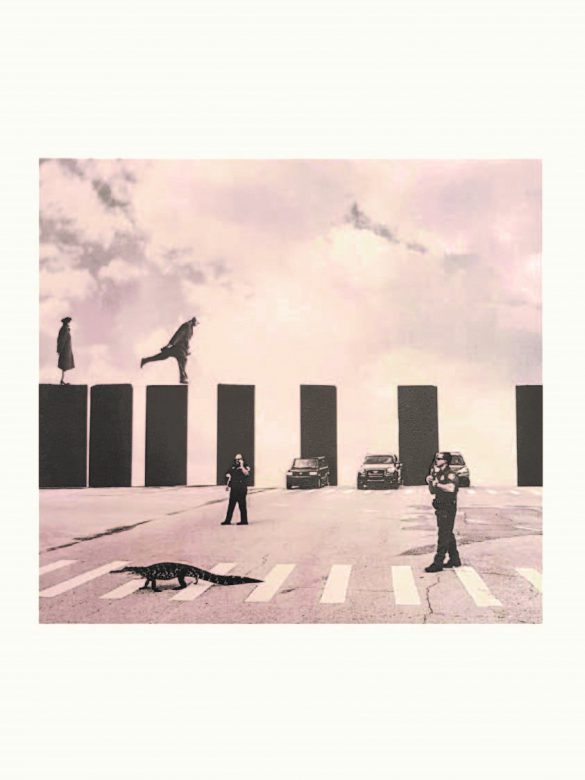 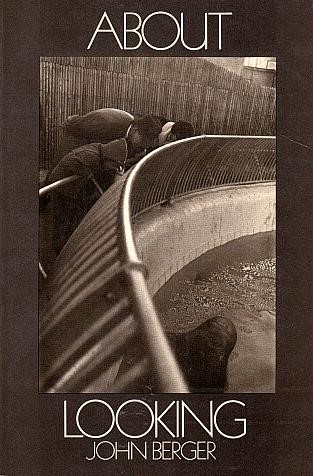 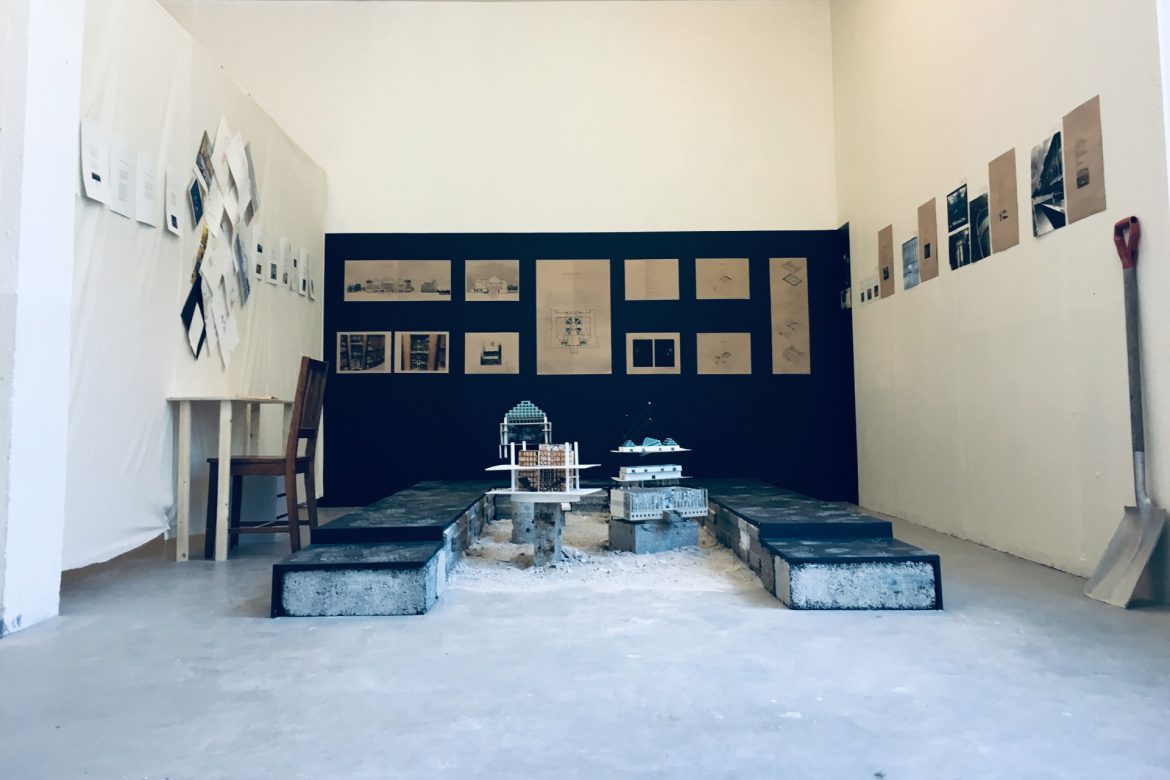 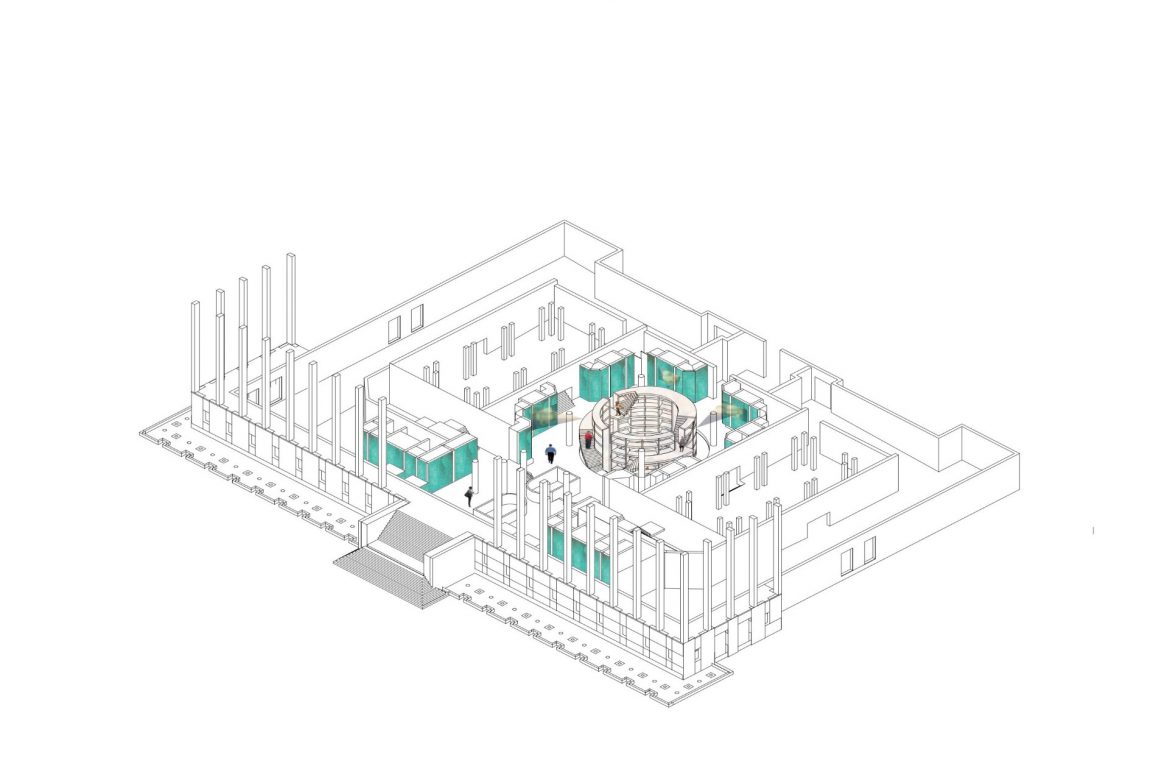