– Imagining Taipei as a Zoo City

This project discusses the interrelationship between city and nature from different perspectives and focuses on the potential and possibility of interweaving the two. The design creates biological passageways and relieves environmental problems by transforming existing infrastructures. The main goals are to join natural areas that are separated by the city and to return some spaces in the city to animals. So that they can pass through the city safely, and even be willing to stay.

WHAT
In my imagination, the zoo may be a city with biodiversity and frequent encounters with different species. However, the wild city can reconnect an increasingly urbanized public with the natural world.

WHY
Cities keep expanding outwards, taking more land for human use and away from other species. This situation has caused animal species to lose their habitats, lack resources and become endangered. Furthermore, the living areas of some species overlap with cities, but cities rarely consider their needs. When certain species have a need to move for food and mating, they can only bypass huge cities or risk crossing them.

WHERE
Cities in Taiwan are dense and rapidly expanding to the surrounding area. The natural environment had been relatively unimportant to the citizens for a long time. Nevertheless, the periphery of the high-density city still maintains a high degree of biodiversity, and the citizens’ environmental awareness has gradually increased

HOW
The ways for connect city, wilderness and existing zoo by create a loop.

In order to increase feasibility, there must be more strategies

Other design methods can be applied to this case. 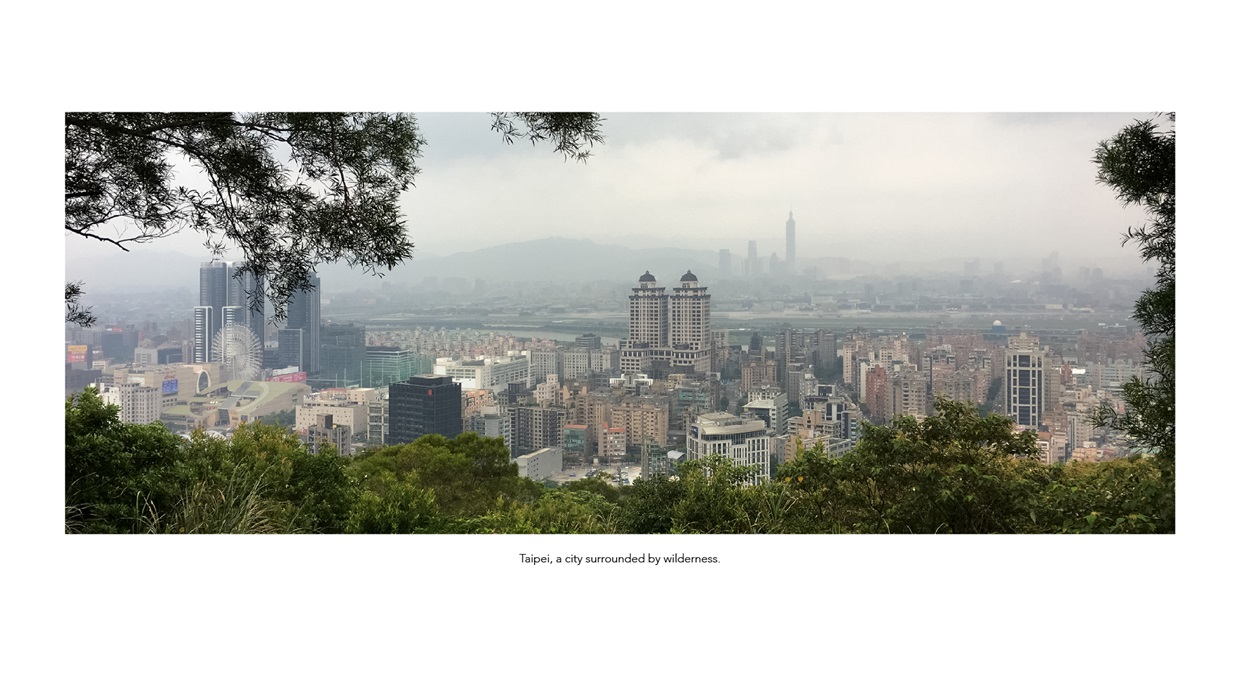 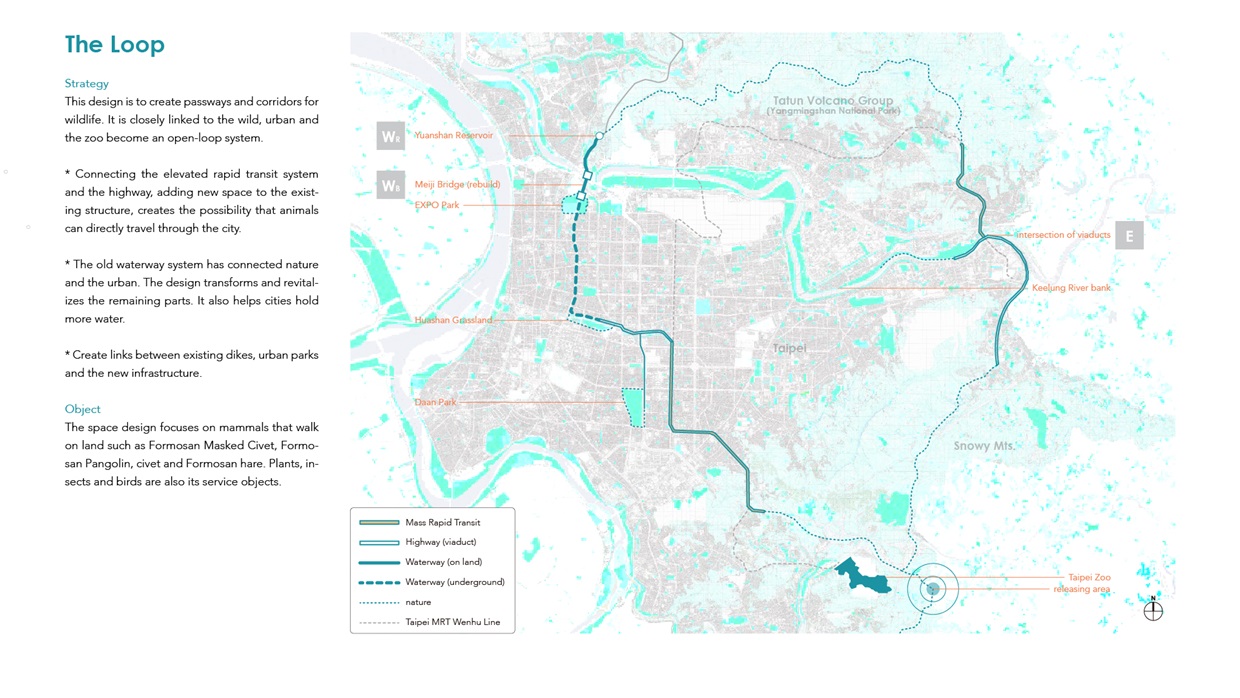 master plan The goal is to create an open loop for wildlife and plant. 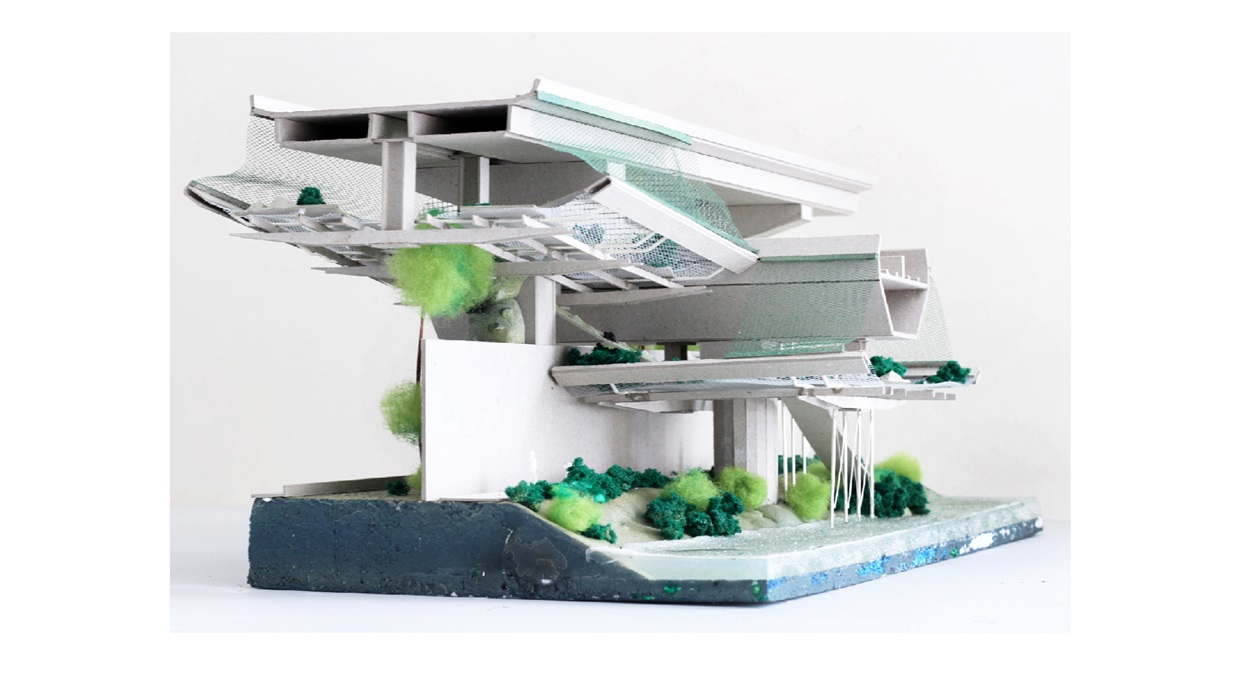 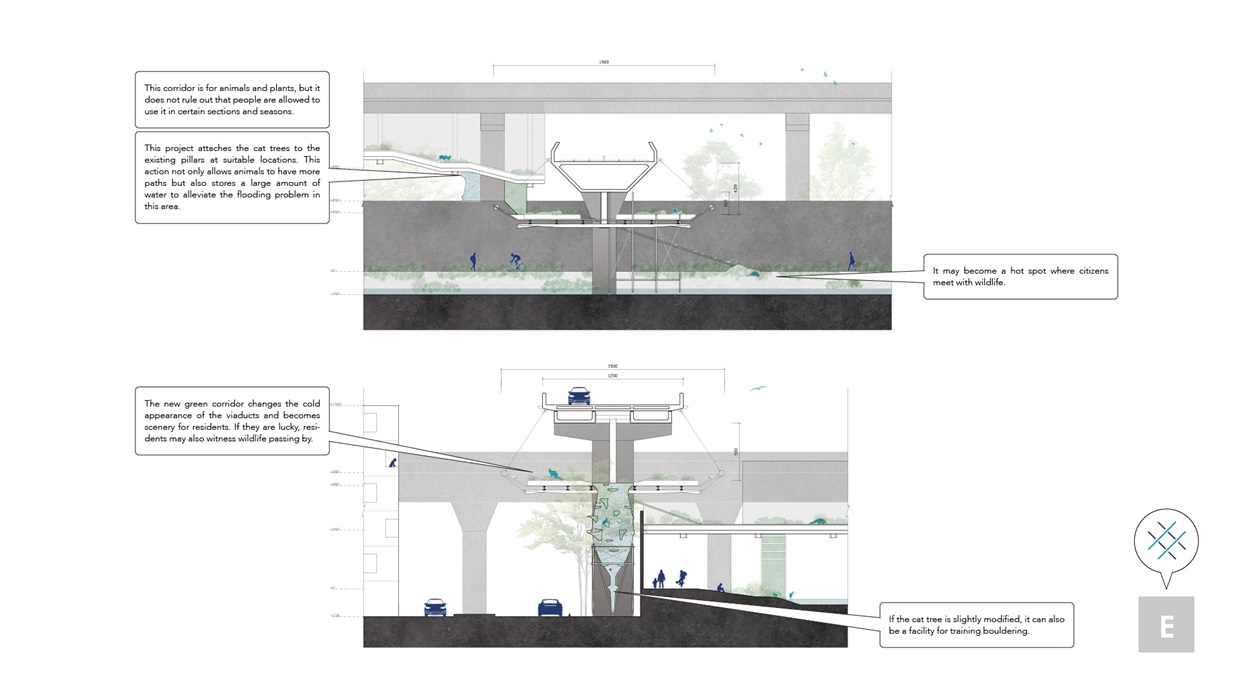 section–Animal Footbridge It is the infrastructure that is combined with the existing viaducts for animals to cross the city. 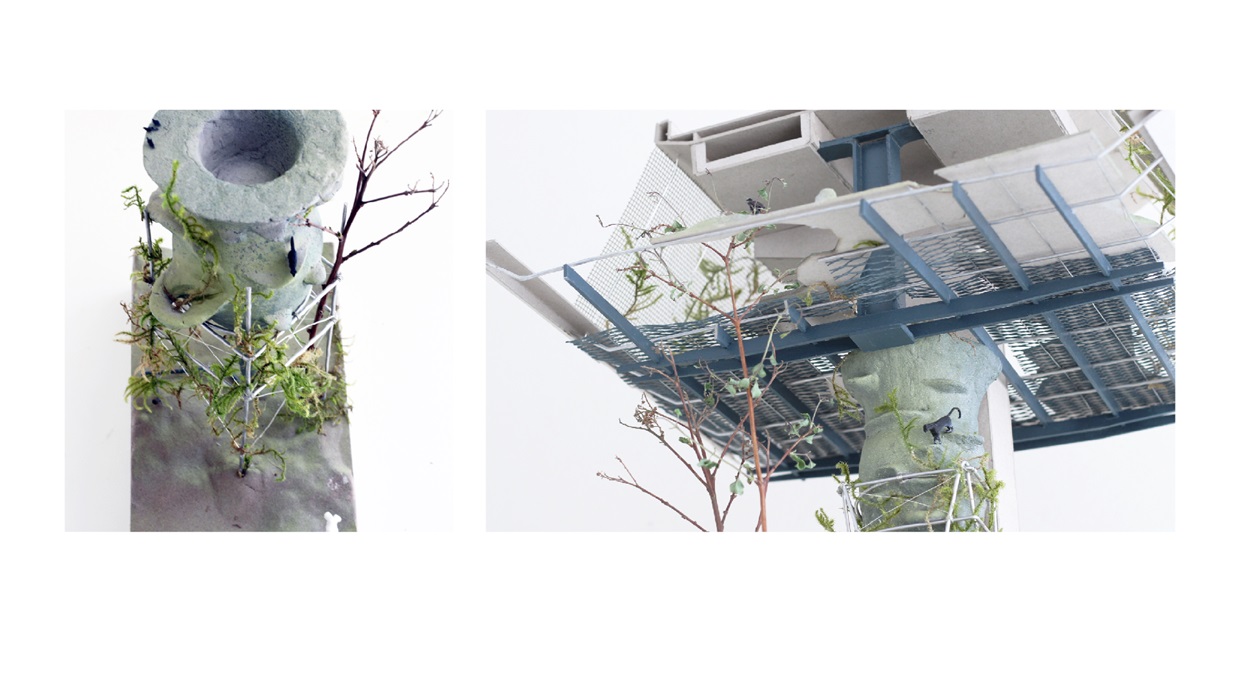 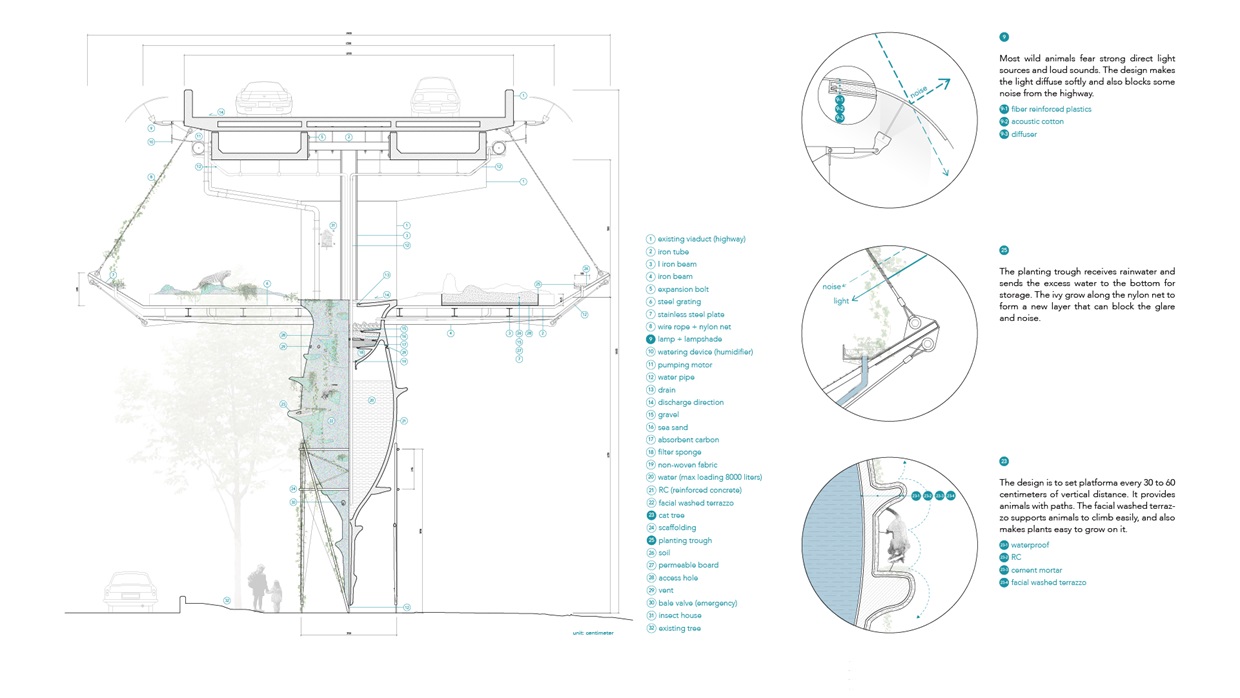 detail section–Animal Footbridge These details are designed for wildlife and plants. It also has water storage function. 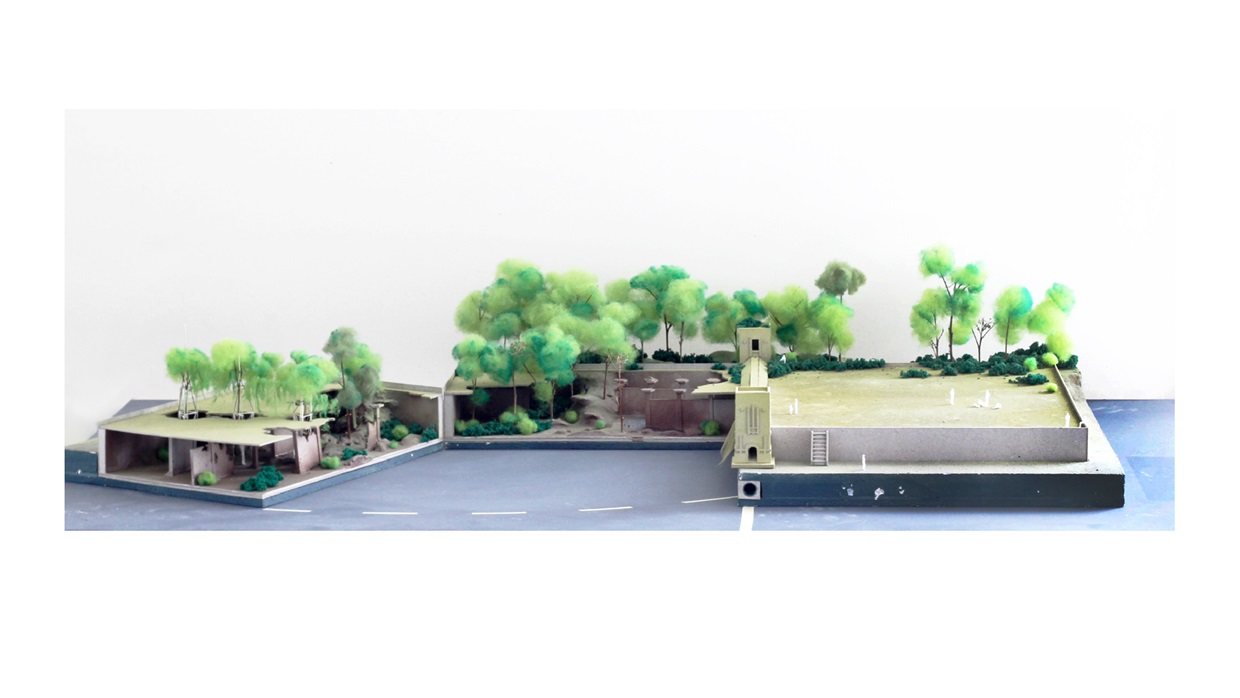 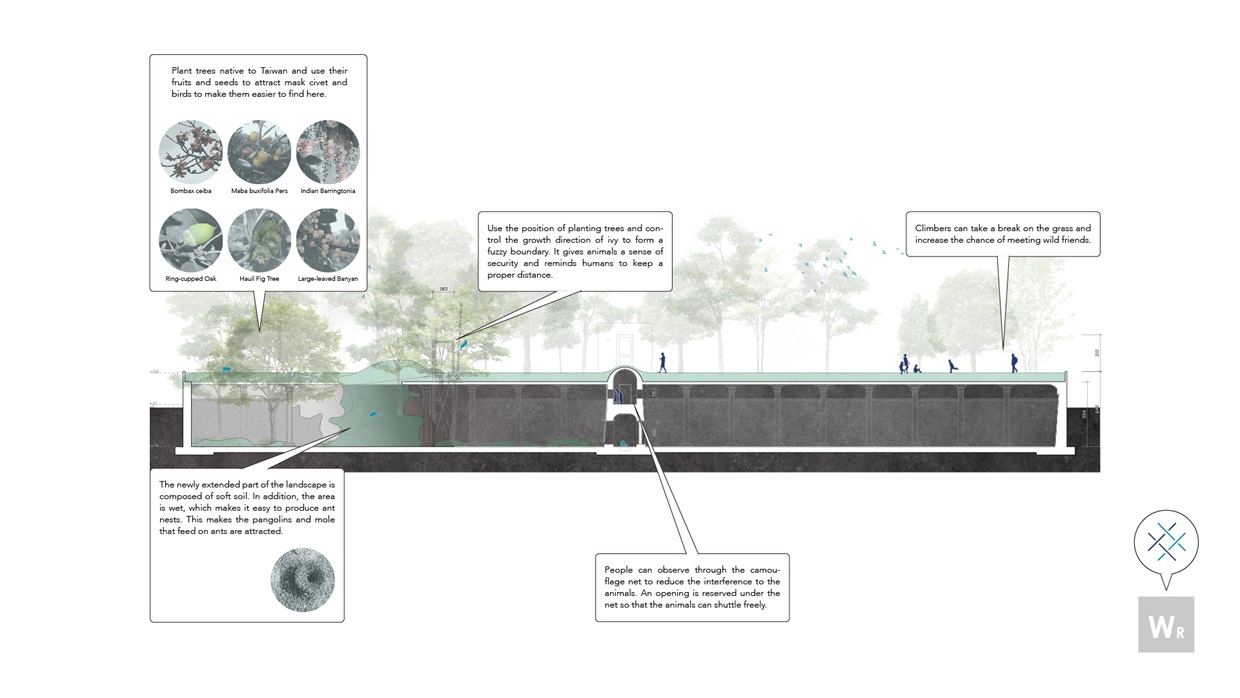 section–Yuanshan Reservoir This part transforms the deactivated underground reservoir into a habitat for animals and the starting point for them to move into the city. 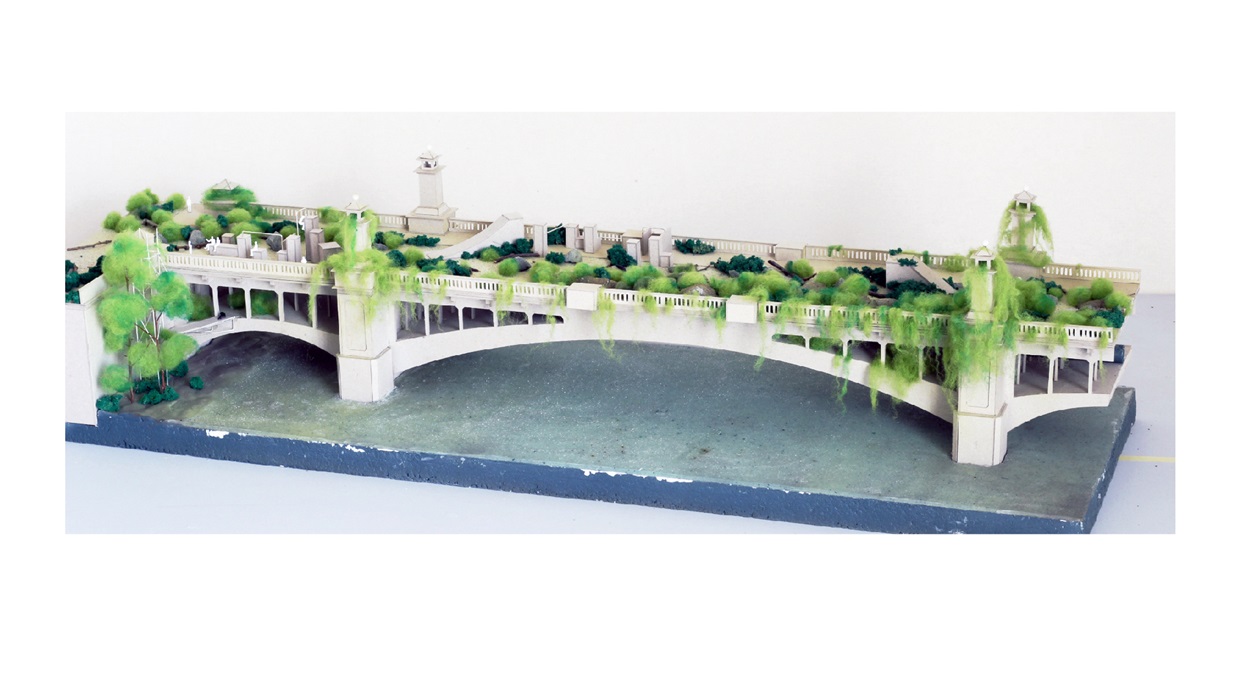 section–Meiji Bridge This part restores the historic bridge and transforms it into a biological passageway. 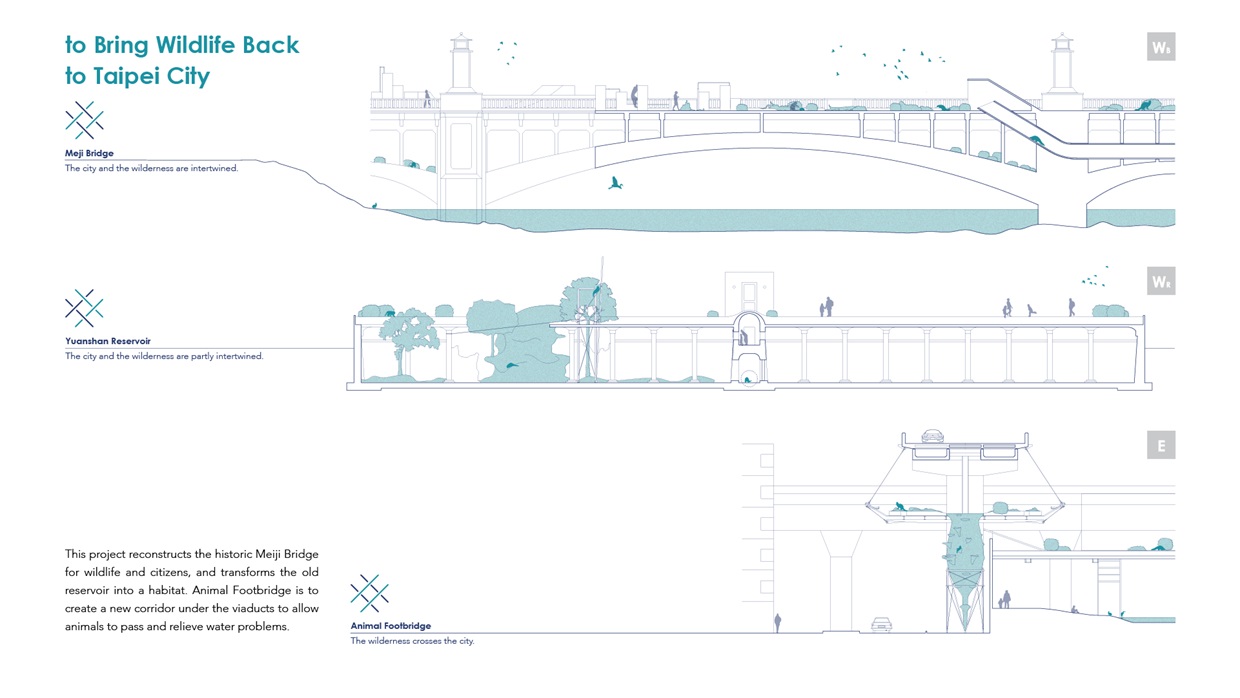 design scenario There are different degrees of interweaving between wildlife and the city. 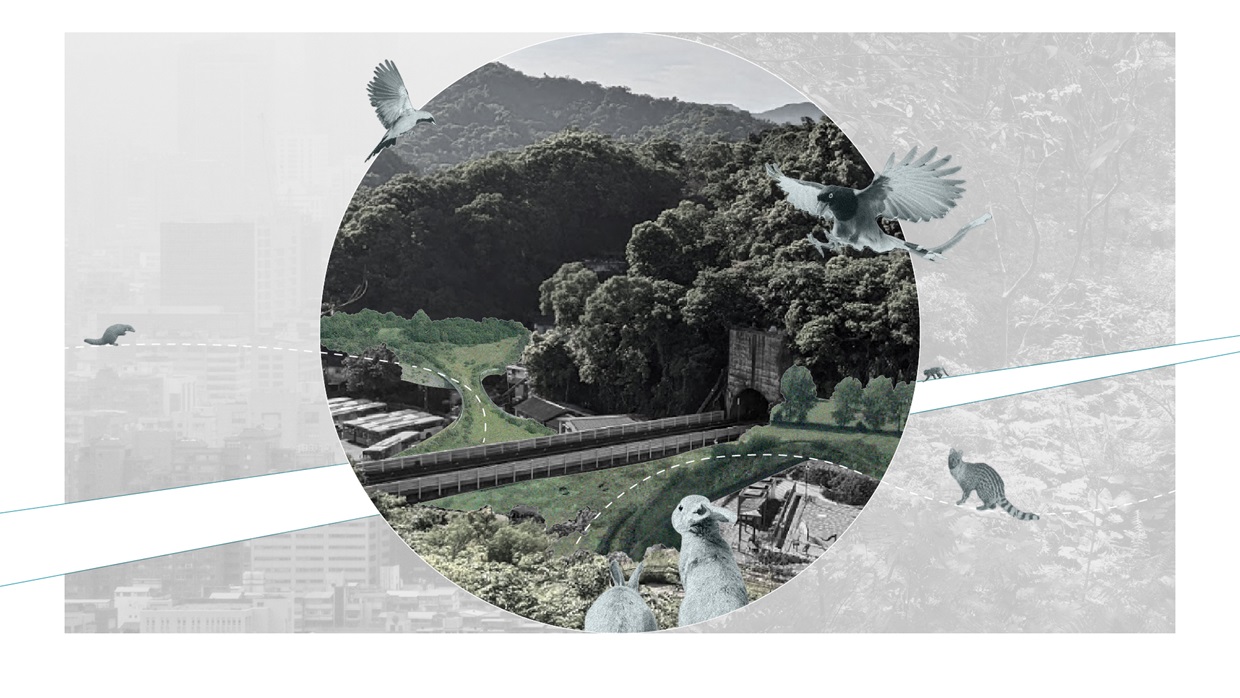 How to bring wildlife back to the city？
Dokumenter