The relaunch of Chinese urban development

Opposition: The height of the building in China’s cities is increasing rapidly, from a multi-story home in the 80s to a unified 100M high-rise apartment. The government and the public praised the modernity of closed high-rise communities and could not wait to move to high places, as if farther away from the ground, they could be separated from the lifestyles of the past – just as the glorious city of Le Corbusier pursues thorough cleanliness. Cutting. The government even announced that there are no slums in China because the old towns that represent the dirty and messy are the relics before the founding of the country, they have obtained the independent name – shanty town. Under this definition, it seems that the justice of the old city has been neglected, and the low-rise building has received little repair and maintenance in the past 50 years. However, the migration of the residence does not mean the complete departure of the living place. After leaving the private territory of the high-rise apartment, the daily life of life still needs to be presented between the squares of the street, and the separation has not been successful. But the towering and low volume, the noisy streets and the barbed walls, the lanes with small stools and the closed security doors all declare the existence of opposition.

Control: Cities in China are not destinations for free migration. In the contemporary era, they represent the urban-rural dual structure under the control of the citizenship system. The urban citizenship is connected with the employment education medical pension system. Whether or not the city citizenship directly affects the individual’s social rank. Large cities in the planned economy get more resources and form urban deserts around their own. Urban-rural duality is used as a tool for harvesting benefits in cities. The foundation for maintaining this system was land in ancient times but was translated into real estate in the current state of the land. Like the fetishism described by Marx, this space-identity narrative was established.

Metropolis: Driven by the desire for economic growth and the difference in urban and rural rights, the concept of land finance was born. At this time, land becomes the meeting point of economics and sociological attributes. Real estate is transformed from the carrier into the subject itself, and the city is also on the road of expansion and annexation. The population of Guangzhou has grown from a million in 1900 to 16 million today. Most of the growth occurred after 1949. Especially after the reform and opening up of the 1980s, the per capita urban area increased with the economic growth. There are 7,900 high-rise buildings in Guangzhou, most of which are residential. A considerable part of them are distributed in the old city in the early years, overlooking the city in silence. This strong contrast is a monument to the development of China’s metropolis.

Opportunity: Civil society organizations have always been sensitive in China, and the government tends to establish direct contact with individuals rather than through the community (from sources in Russian residential communities). This policy has led to the loss of maintenance of high-rise residential buildings. A large number of old communities have emerged and vacant. At the same time, historical districts have been difficult to use due to the neglect of half a century. Cities that have expanded on the macro scale have encountered ills. . After the land is supremely disillusioned, a new development model needs to be created, built on the old ruins and not as the Ottoman reconstruction. If we discard the prejudice in value judgment and re-examine the scale difference of the city, we will find that there is a gap in mesoscale, which originated in society and materialized in space. Mesoscale is the way to suture wounds, and the healing power will appear on the highrise residential renewals that have arrived and will continue to erupt. They are the core of the city’s problems for half of Guangzhou citizens.

Represent: The three high-rise residential buildings in the renovation are in the Yuexiu District with strong commercial atmosphere. 38% of the residents in the district are engaged in commerce, and a considerable part of them do not have Guangzhou citizenship. The high-rise towers are used to replace the floor and change the layout of the house. Through the idle units, it becomes a commercial sky street every five floors, and introduces the lifestyle of the ground into the tower. At the same time, the common platform between the neighborhoods is added in the long slitting slits of the tower to reconstruct the characteristics of the small community. The elevator leads to the roof garden, returning the urban landscape that was originally occupied by the high-rise to the public. Low-rise single-family houses allow for the splitting and merging of property, and long-term tenants receive the address needed for household registration, also the city has been updated 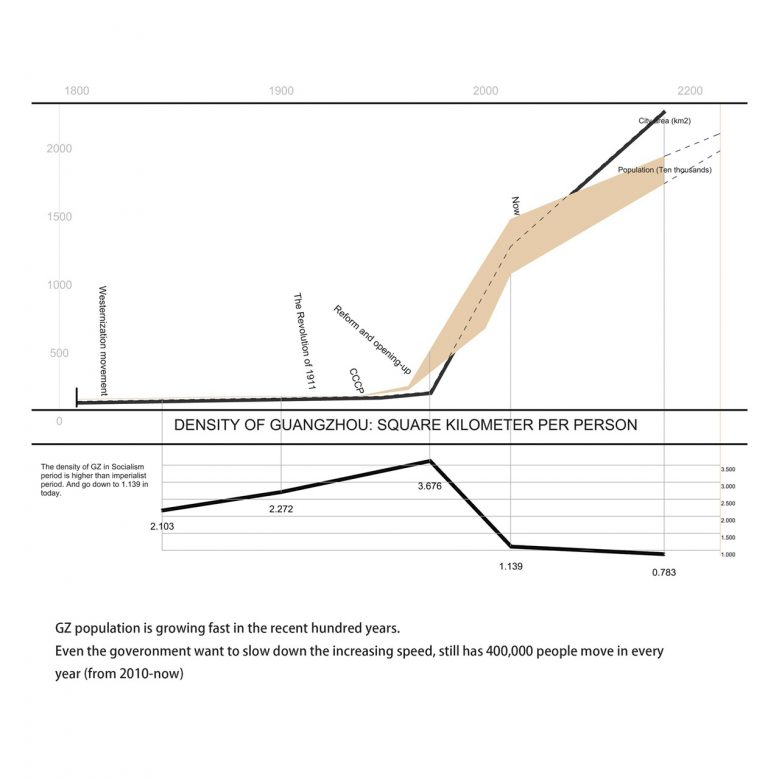 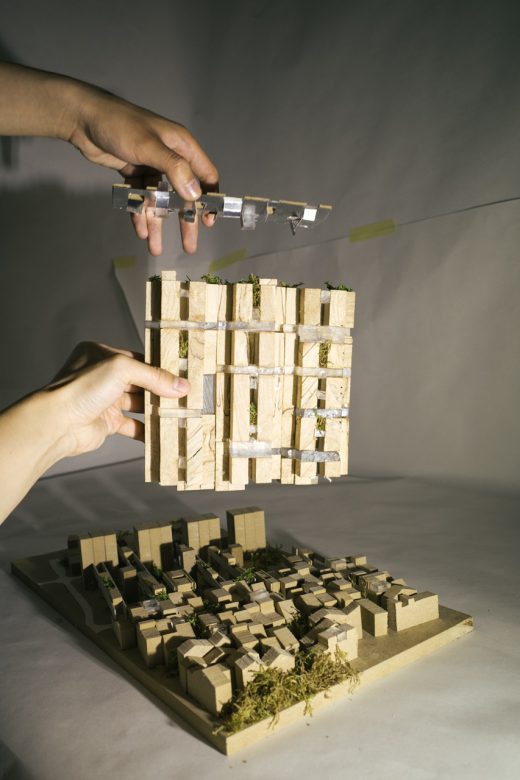 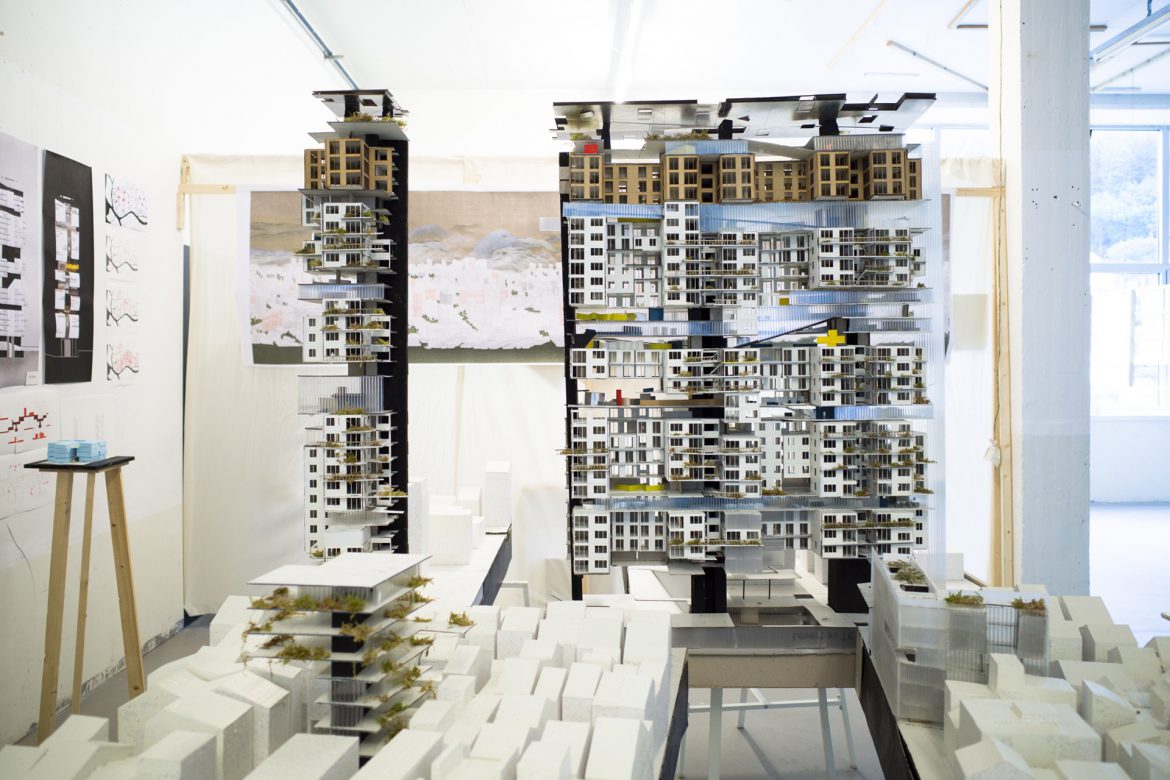 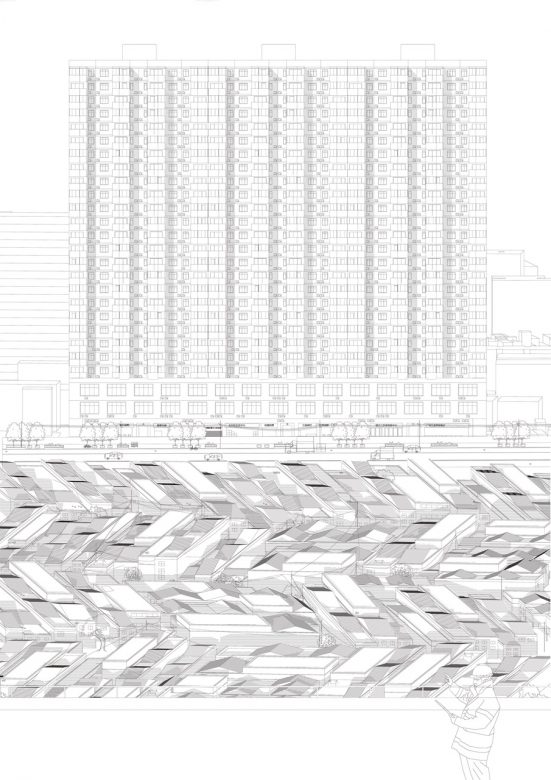 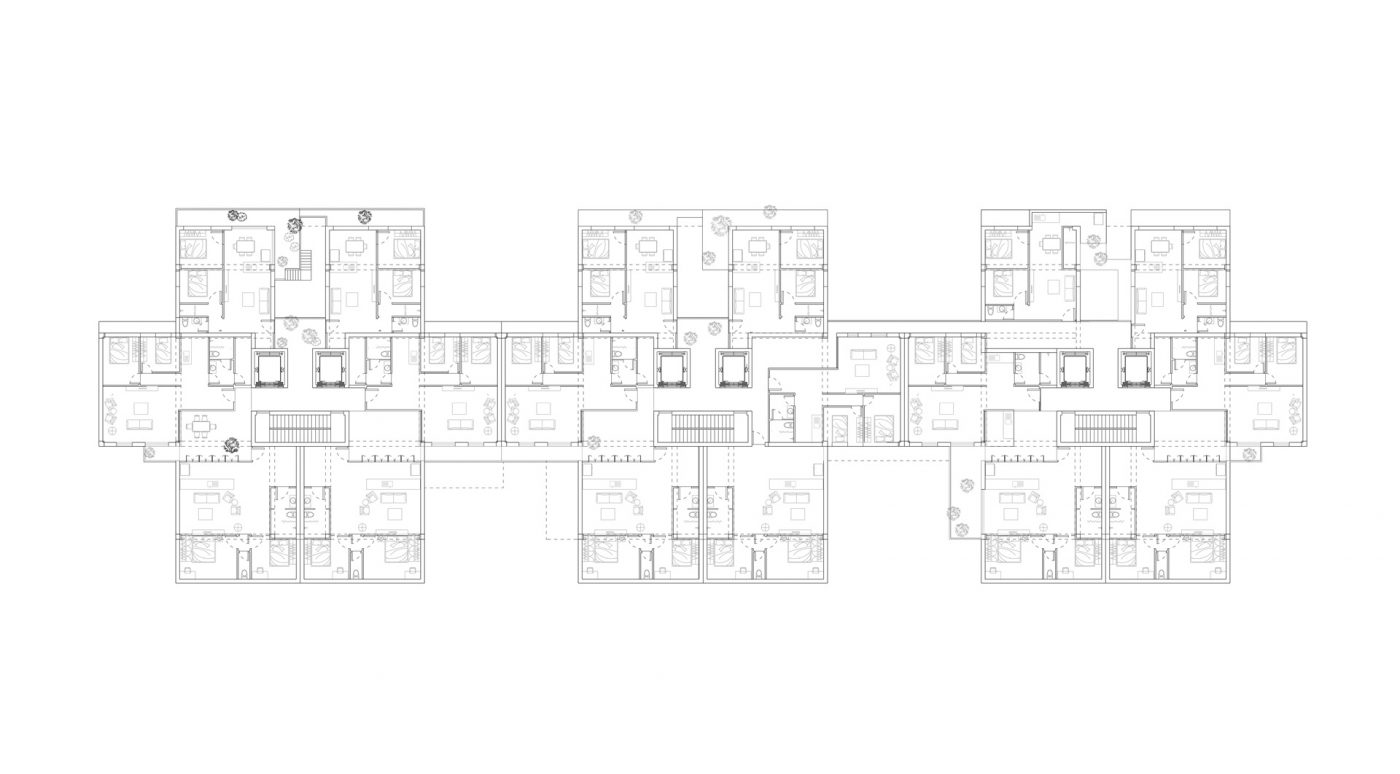 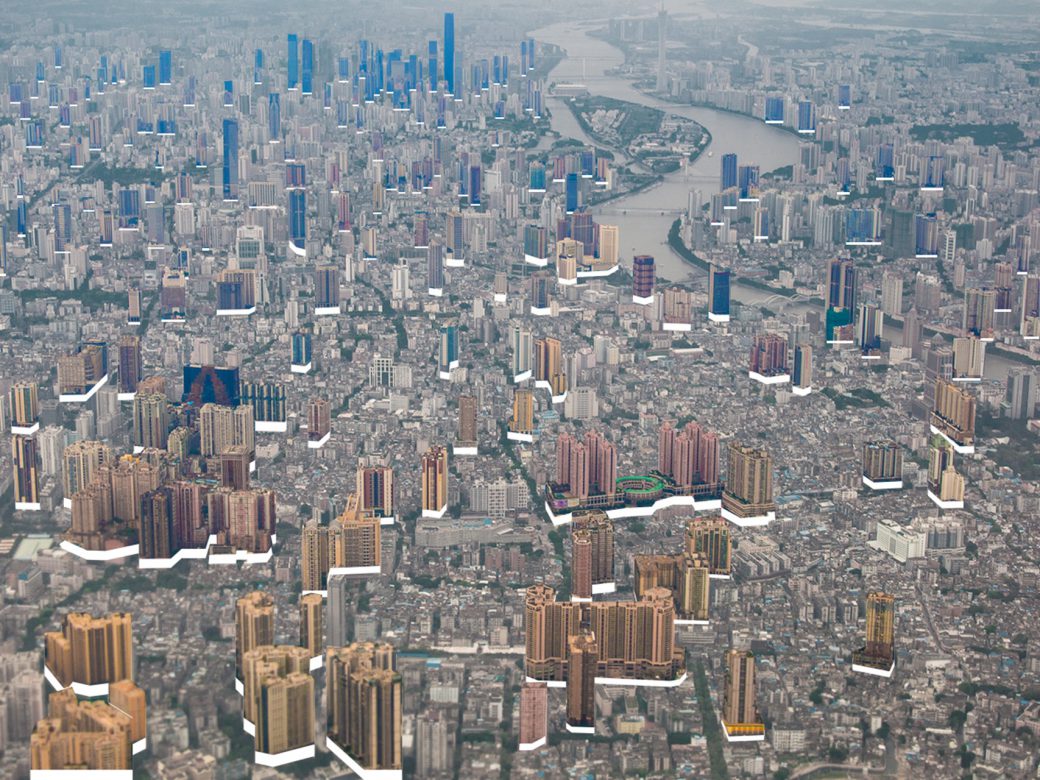 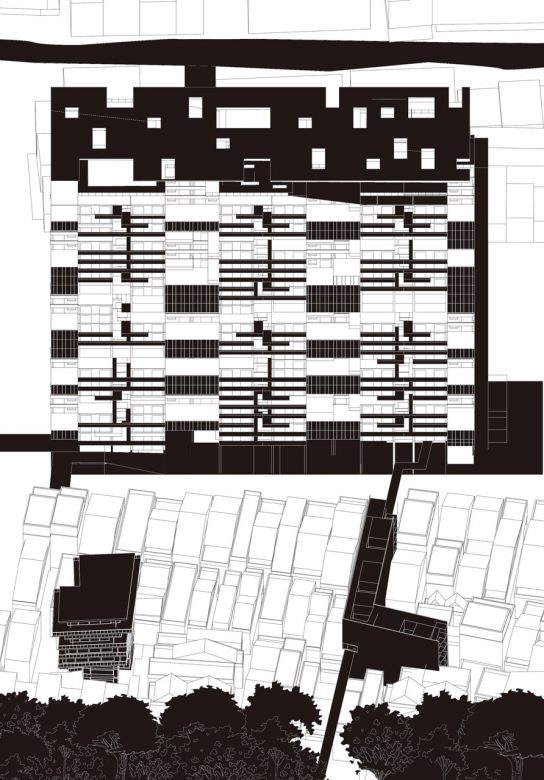