– Enriching the debate on the coming development of Nordnespynten with a low-rise, high-density alternative.
Situated at Nordnespynten in Bergen is the building complex that accommodates the Bergen Aquarium and the tall office building of the Marine Institute of Research. The complex was built on the former part of Nordnesparken, which was known as Lekeplassen (the playground). Since the buildings were erected in 1960, the complex has gradually expanded to approximately 10,000 sqm in size to meet the needs of the aquarium and the research institute. As a result, almost one-third of the initial Nordnesparken is today either built, fenced, or not generally free and accessible to the public. As of 2020, both the aquarium and the research institute had a growing need for larger spaces and newer facilities, which is why the Norwegian Government decided to move and co-locate them in the new developing area of Dokken by the year 2025.

However, this leaves an open question of what will happen with the buildings and the area that will now be left vacant. As there are no official plans or regulations for what is to become of the area, a debate between developers and the public has started.

On one hand, developers are arguing for the area to be densified with tall-rise buildings so that more people can live in one of Bergen’s most attractive areas. On the other hand, through the public initiative Nordnesparkens venner (Friends of Nordnesparken), is lobbying for tearing down the whole building complex of the aquarium and the research institute, and enforce a building ban and reconstruct the area as a part of Nordnesparken.

The project, A Softer Urbanity, is a search for the middle ground between developing, transforming, and densifying the area through a low-rise, high-density proposal. It aims to negotiate between the public and the private through a typology that’s strongly influenced by the existing houses in the neighbourhood and a focus on the common outdoor areas and Nordnesparken as a recreational area for the whole city of Bergen. The transformation of the tall office building of the Marine Institute of Research, is done in a democratic fashion to avoid luxury apartments, and the building is transformed into small apartments and studios. What remains of the original aquarium structure has been transformed into a public pavilion that can be used as an open public stage, a venue for events, a playground, and shelter from the Bergen rain. The basement of the aquarium is transformed into a rental space for tools, gardening equipment and sports equipment for the residents of the area.
Finally, the landscape and the park play the lead roles in this proposal’s attempt to enrich the debate about the future of Nordnespynten. 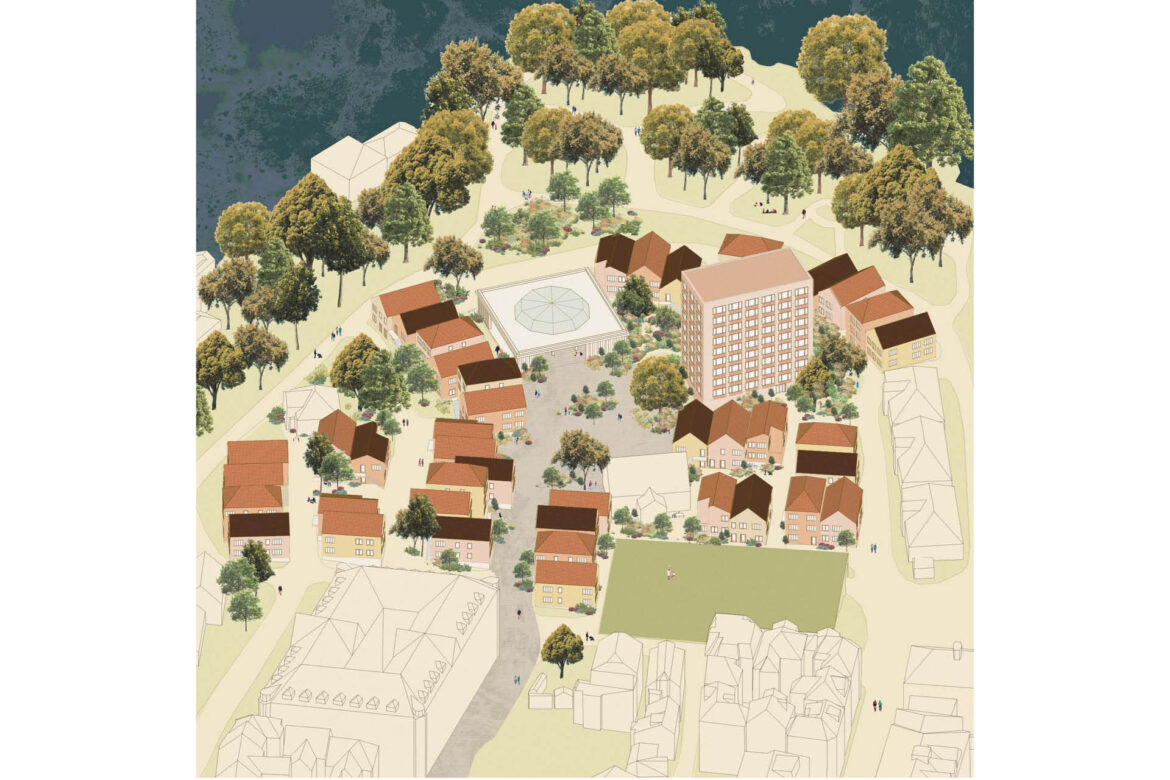 Aerial view of proposed masterplan of Nordnespynten, seen from south-east 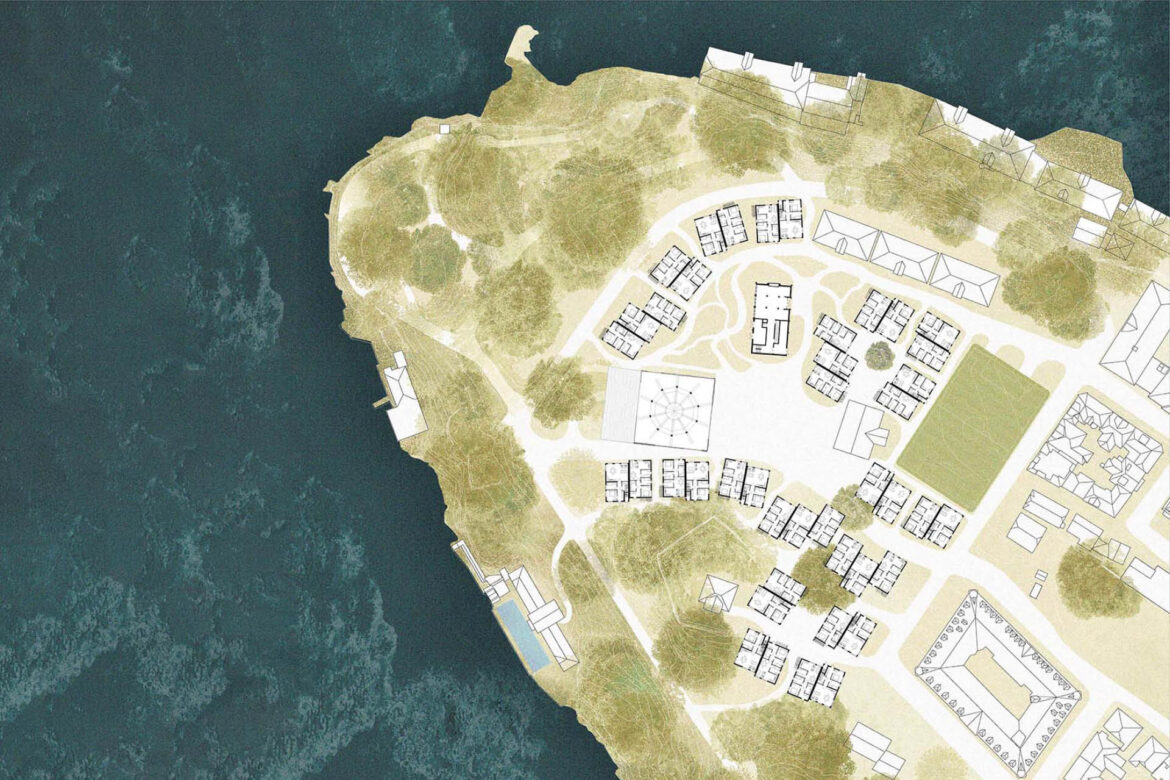 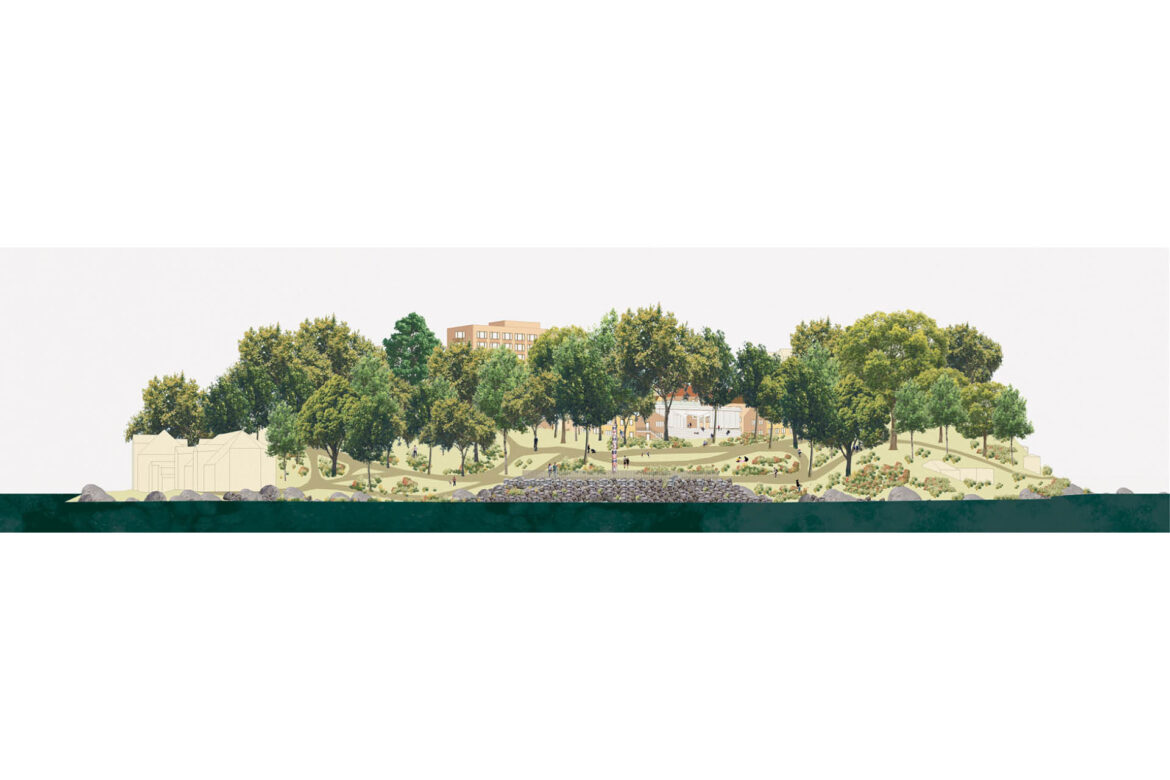 Perspective view of the area, seen from north 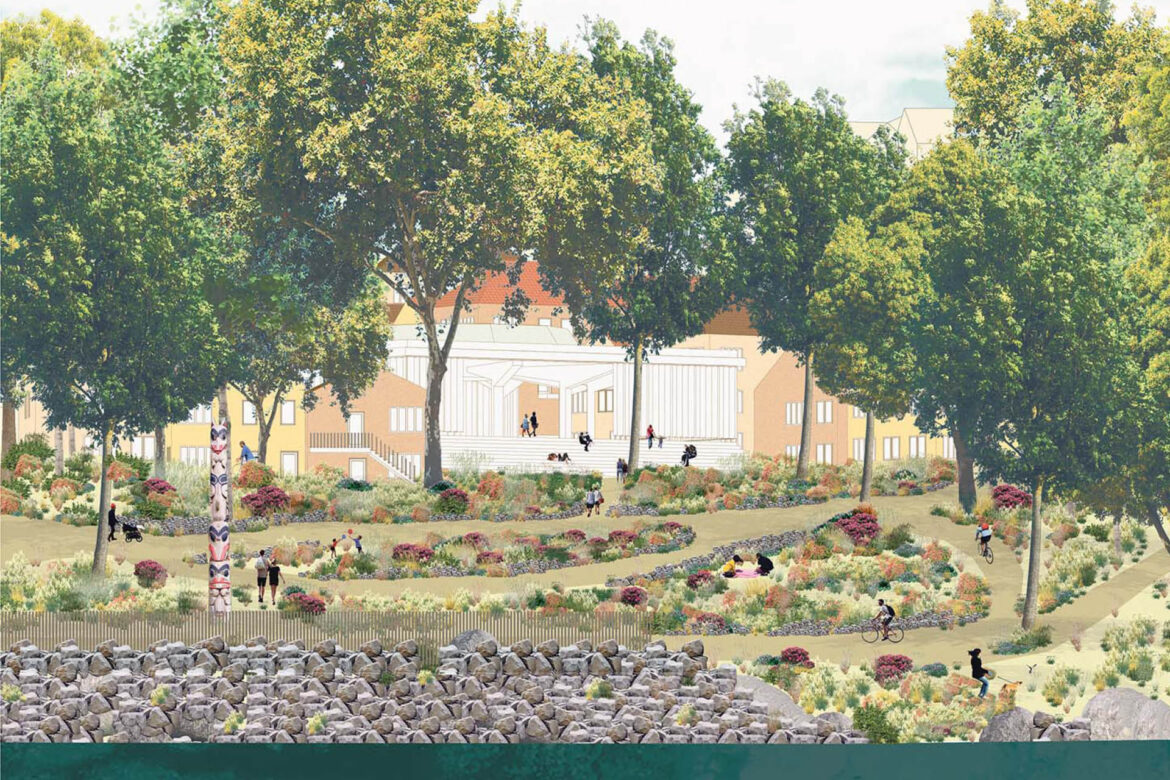 Perspective view of the aquarium as a public pavilion, zoomed in from the shore. 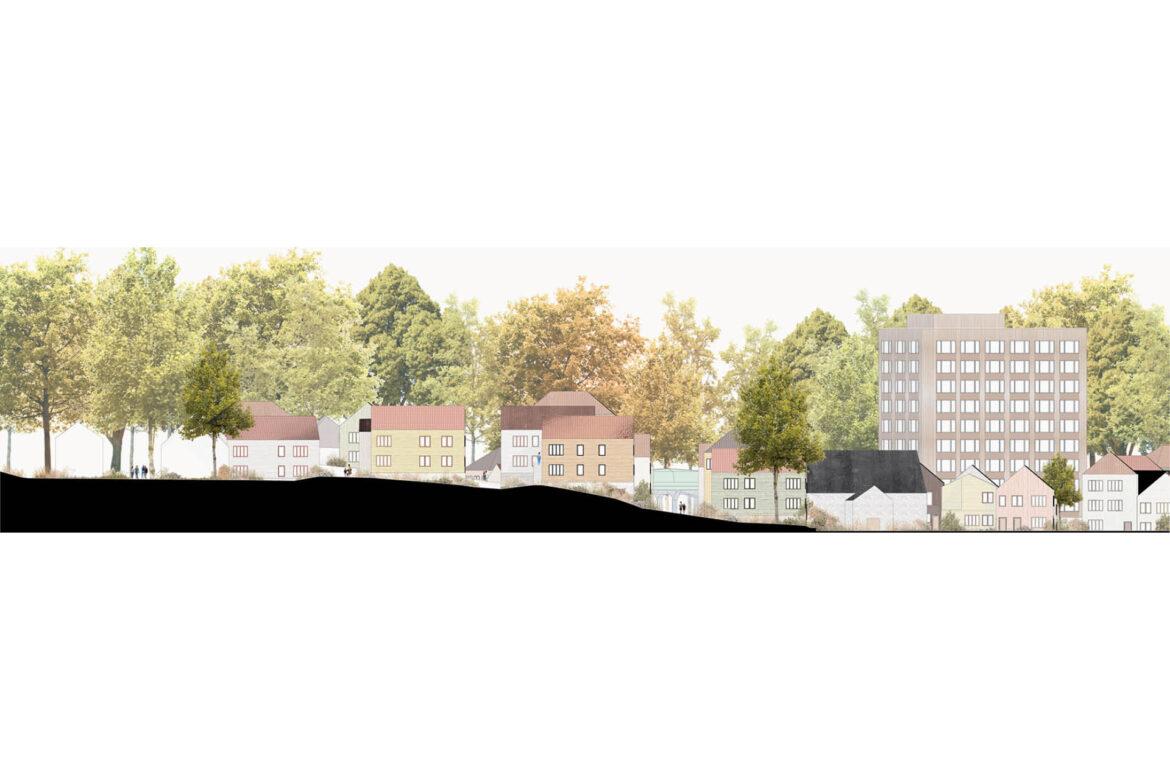 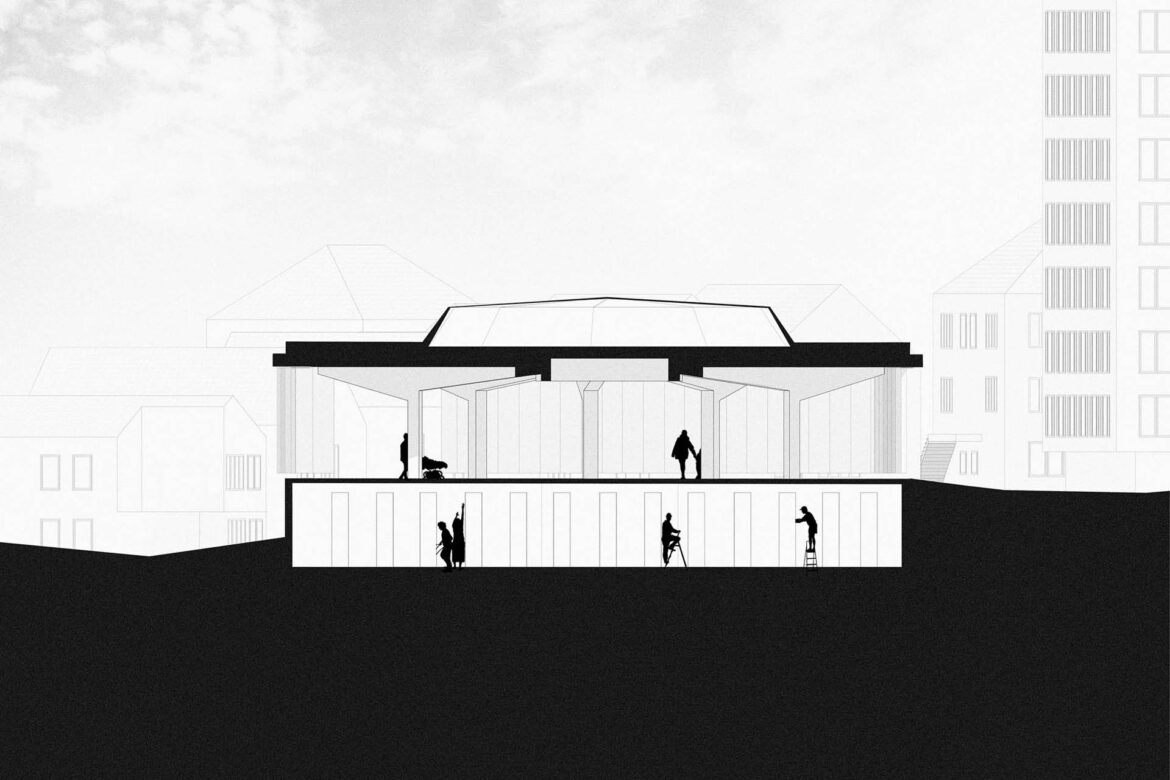 Section through the transformed aquarium building to a library of things and public pavilion. 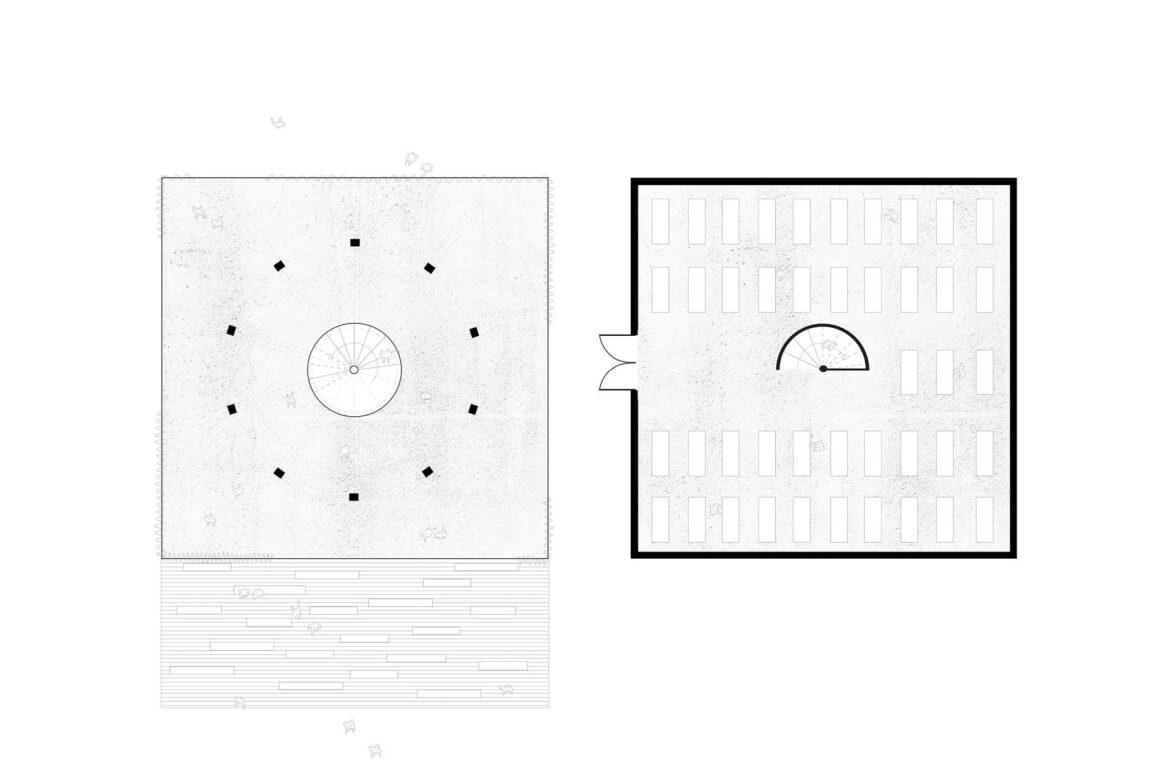 : Plan of the transformed aquarium building to a library of things and public pavilion 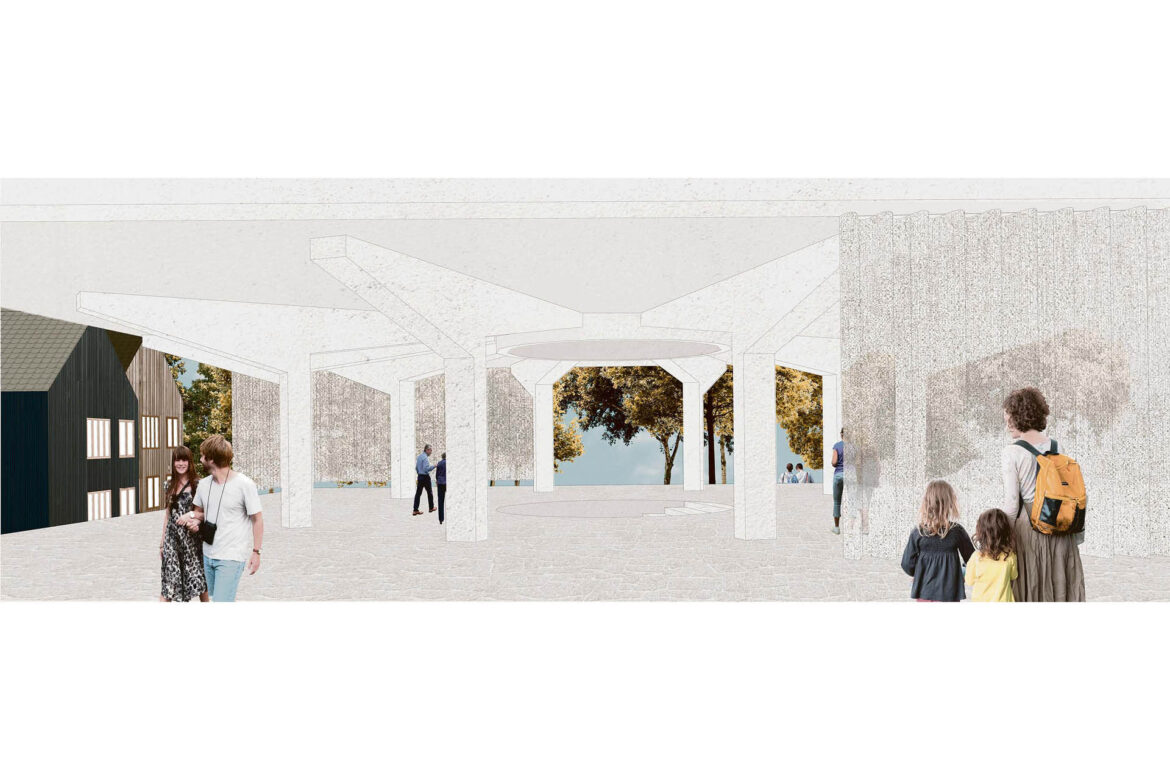 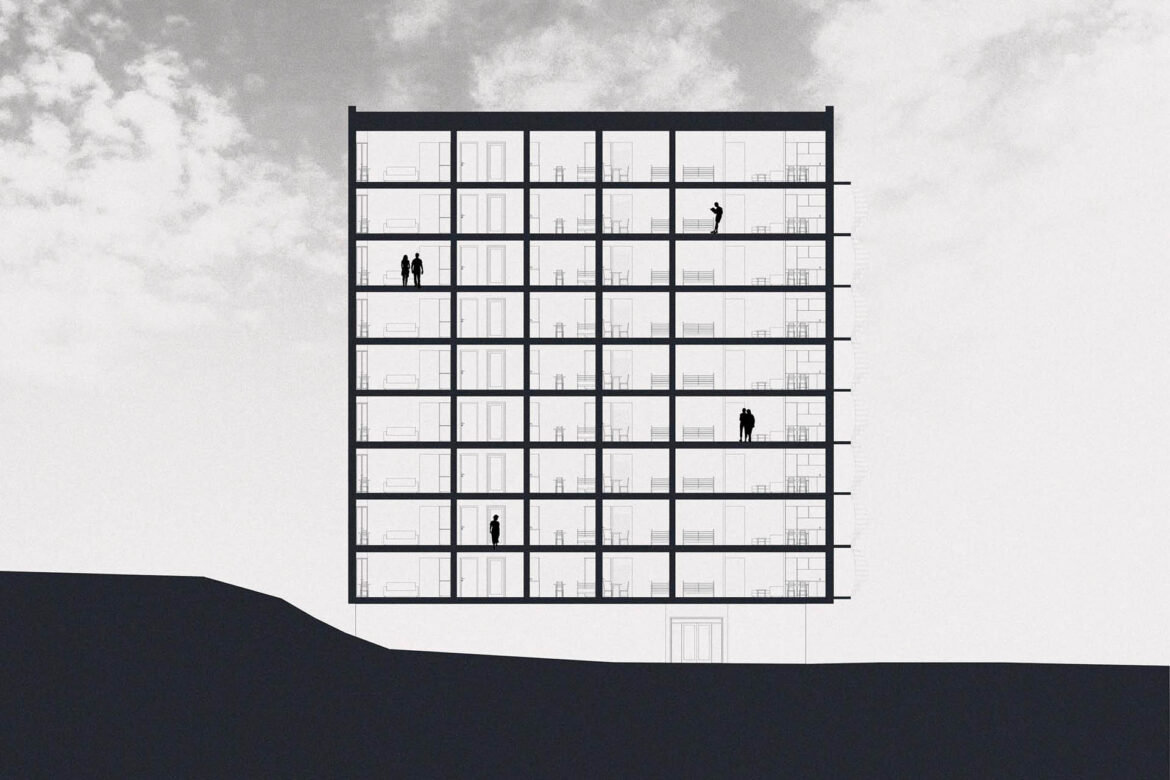 Section through the high-rise building after transformation to apartments. 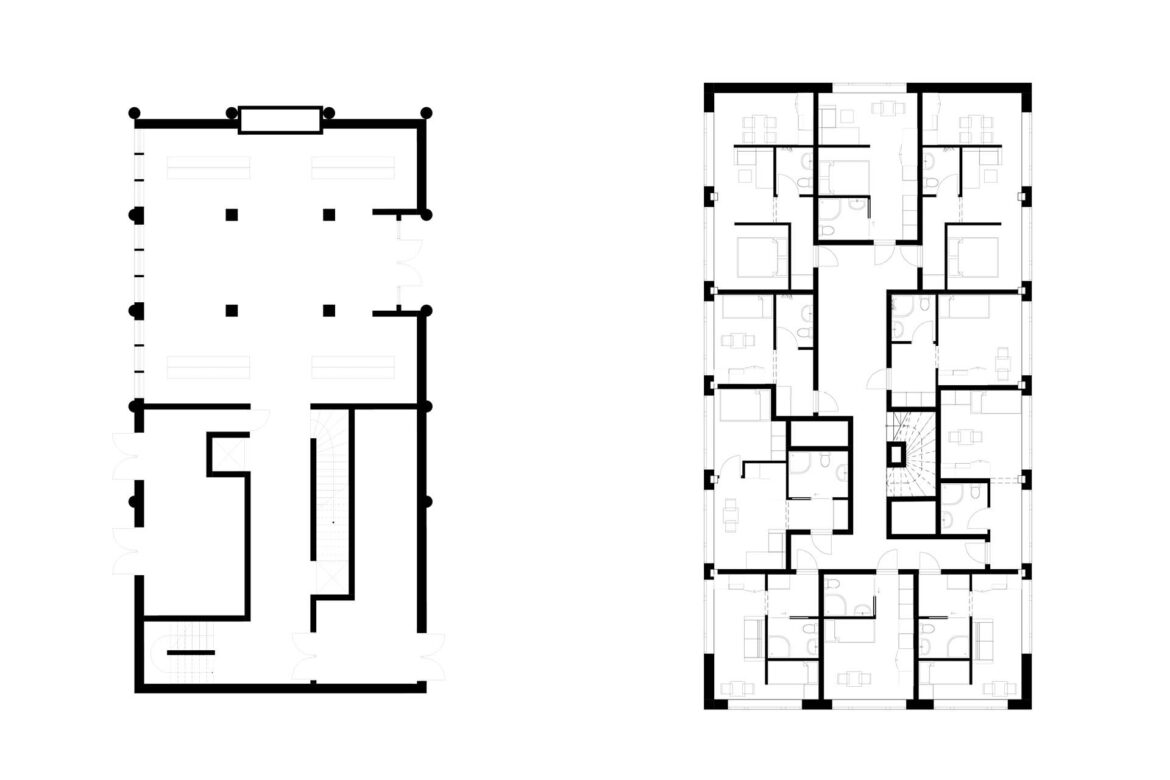 Plans of the high-rise building after transformation to apartments. 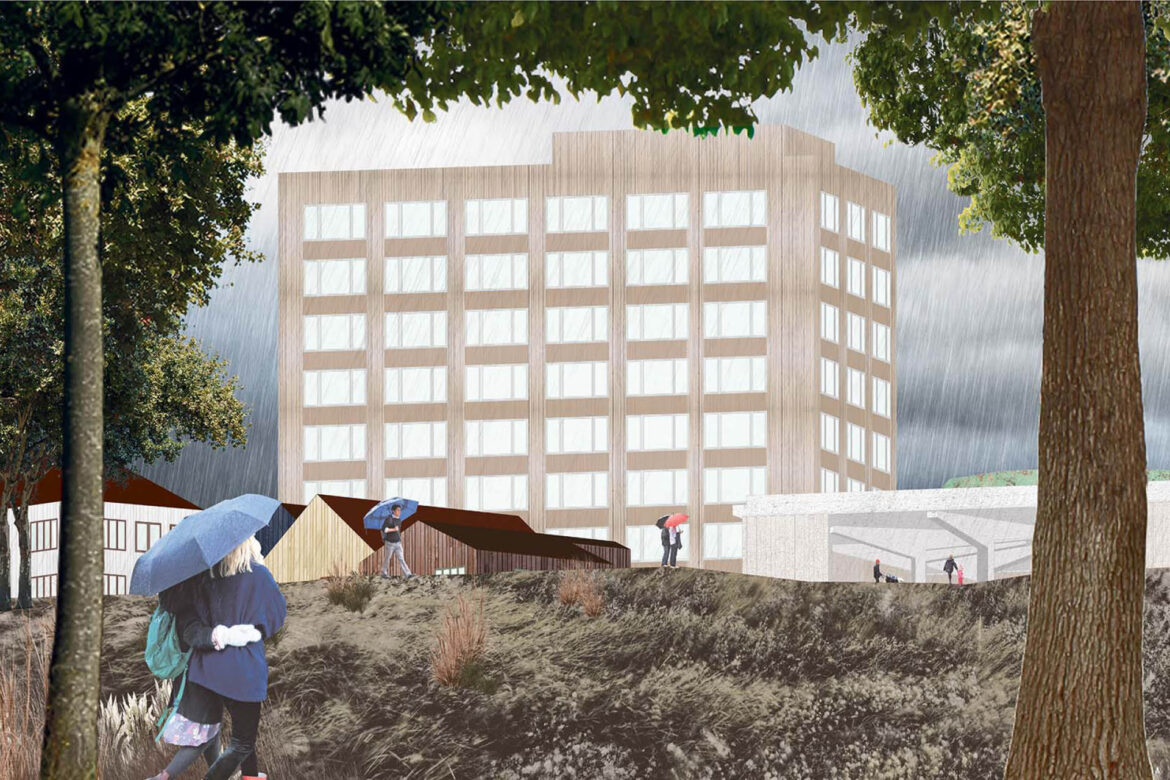 Illustration of the transformed high-rise building to apartments 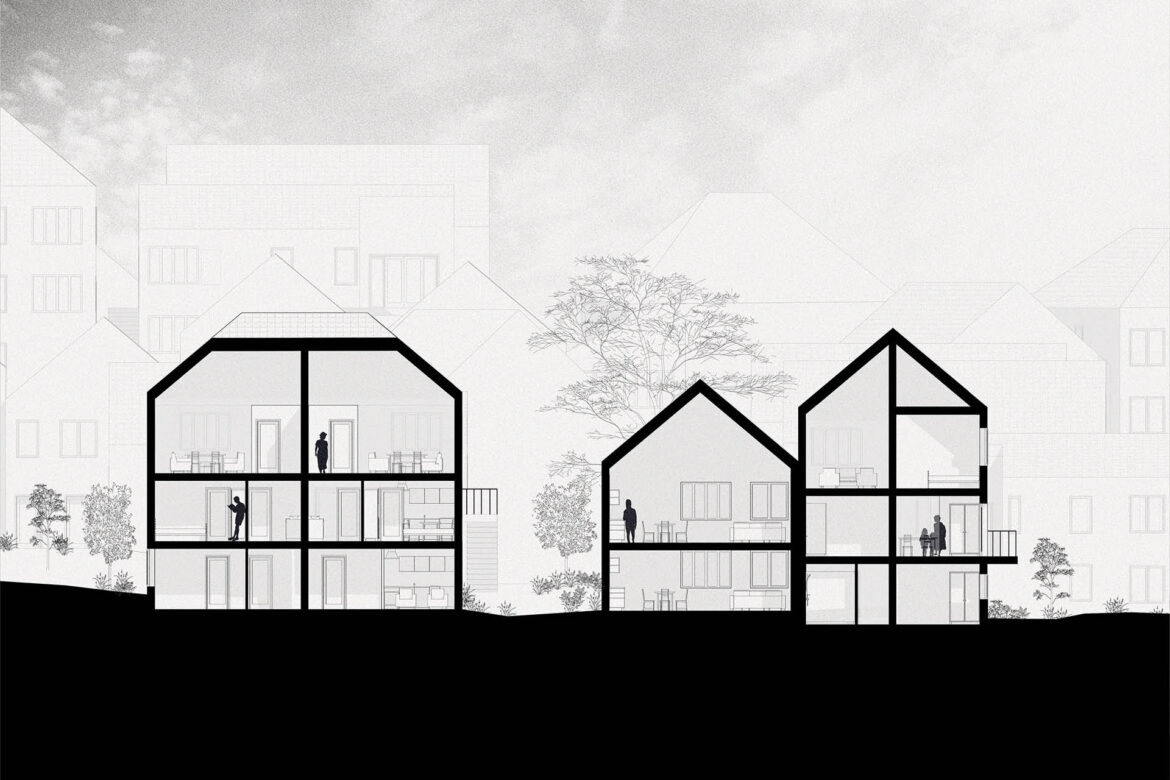 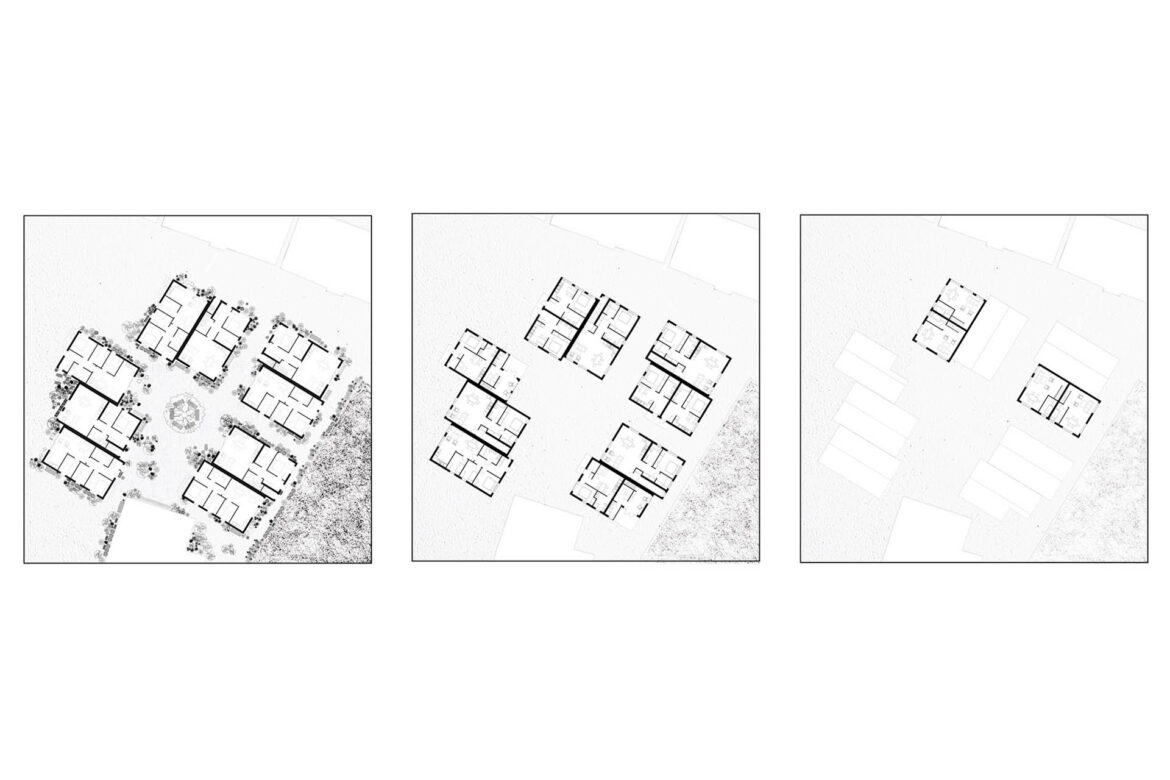 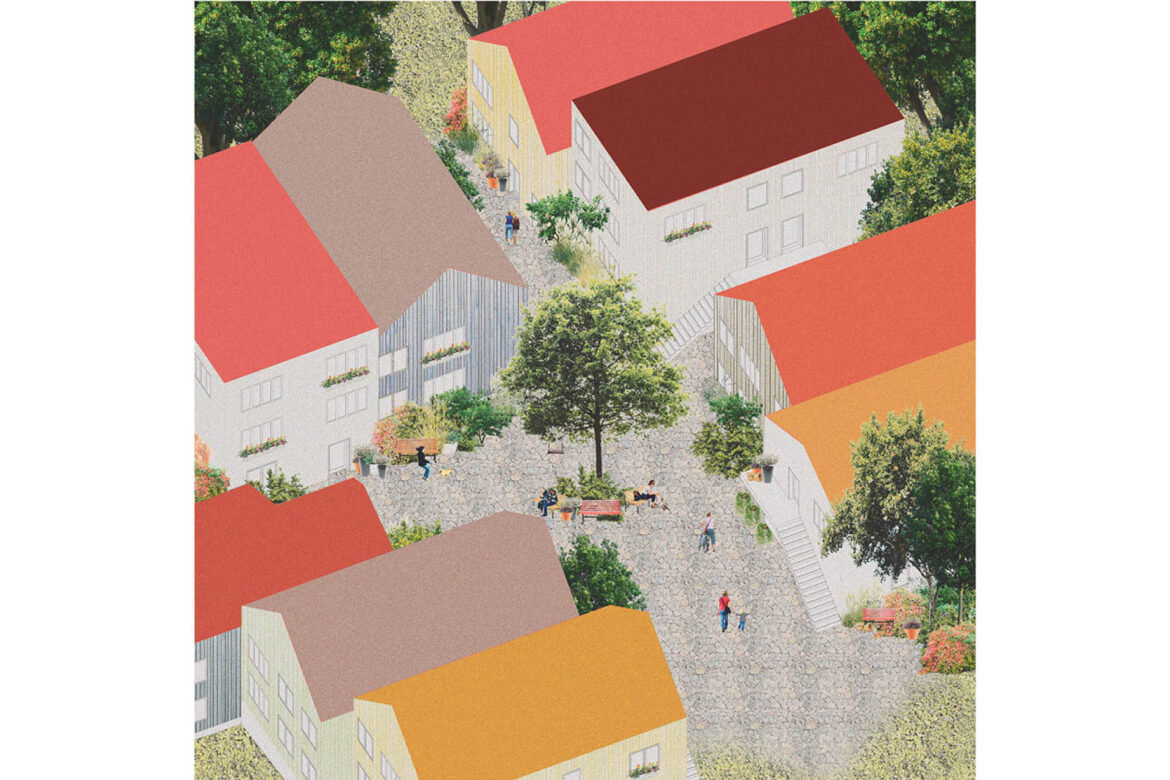