Portrait of a City

Héctor has a background training in Architecture from both Venezuela and Norway (Master of Architecture - BAS 2009). He has ever since worked as an architectural educator, architect, urban designer and urban planner, and has also collaborated in several visual art projects. Since 2017 he is a staff member of the Bergen Section of Planning, Research and Landscape Architecture in Multiconsult Norge, where he also functions as a trans-disciplinary project/process manager for feasibility studies and zoning/regulation for commissioners from the public and private sector. Héctor has also been a board member of the Bergen Architects Association (2016-2018), Europan Norge (2011-) and senior adviser at Botanical City.

– Activating the Blind Spots in Historic Part of Sandnes

The project is situated in Sandnes in south western Norway, in the historic part of the city center. This area is based on the first street structures in the city and is characterized by clusters of buildings from the second half of the 19th century. The area used to be the citys urban center with its main street, Langgata, being the urban spine.
The whole of Sandnes city center feels fragmented with lack of connection between its urban spaces, a feeling reinforced by an elevated train track dividing the historic area from the harbour. The area around the harbour has a completely different character to the historic area and is currently undergoing an enormous urban transformation. Several previously inaccessible industrial sites are being transformed into publicly accessible areas, and its new buildings can be characterized as grand, individually expressive and self referential.

Having grown up in this city, there are areas in the periphery of Langgata I have passed by multiple times but what kind of spaces they are, their function and use have not registered. Several parts seem left behind and uncared for which has resulted in no contribution to the urban fabric, movement and urban social life. They are part of the fragmentation, ’blind-spots’ to the everyday person and are experienced as backsides to the main axis, Langgata.
The aim of this project is to look at the potential of these blind spots to expand and enrich the understanding and use of the area. On a bigger scale it is to see what potential lies in them for the historic part of the city to keep up with and react to the urban development happening by the harbour; keeping up by having a development on its own terms.

This part of the city has affectional value to many people, but with many unutilized spaces not having been given meaning it needs to be looked at what its potential is going forward. By ’meaning’ I refer to the meaning given to space by its users. The historic city center is small and there is a need to understand how we use our square meters, and how we can use them as efficiently as possible to create a city for the people with the limited space that is given. By challenging todays situation and activating the blind spots, the area can be given new meanings and uses beyond what conditions allow for today without negatively affecting what one appreciates about the area. These spaces provide an opportunity to expand ones understanding and use of the city, to make personal choices out of a variety of spaces, and they work as enablers for new networks to be made.

The research consists of both city and site analysis and participation work. This circular process has been done in an effort to uncover the big narrative: city – neighborhood – sites – people.
I have zoomed in on three situations with differences in appearance, size, history and/or context to investigate how different spaces in this area can be treated. The proposals are reactions to both the spaces’ given situations and the implementations’ contributions to the area and city center as a whole. 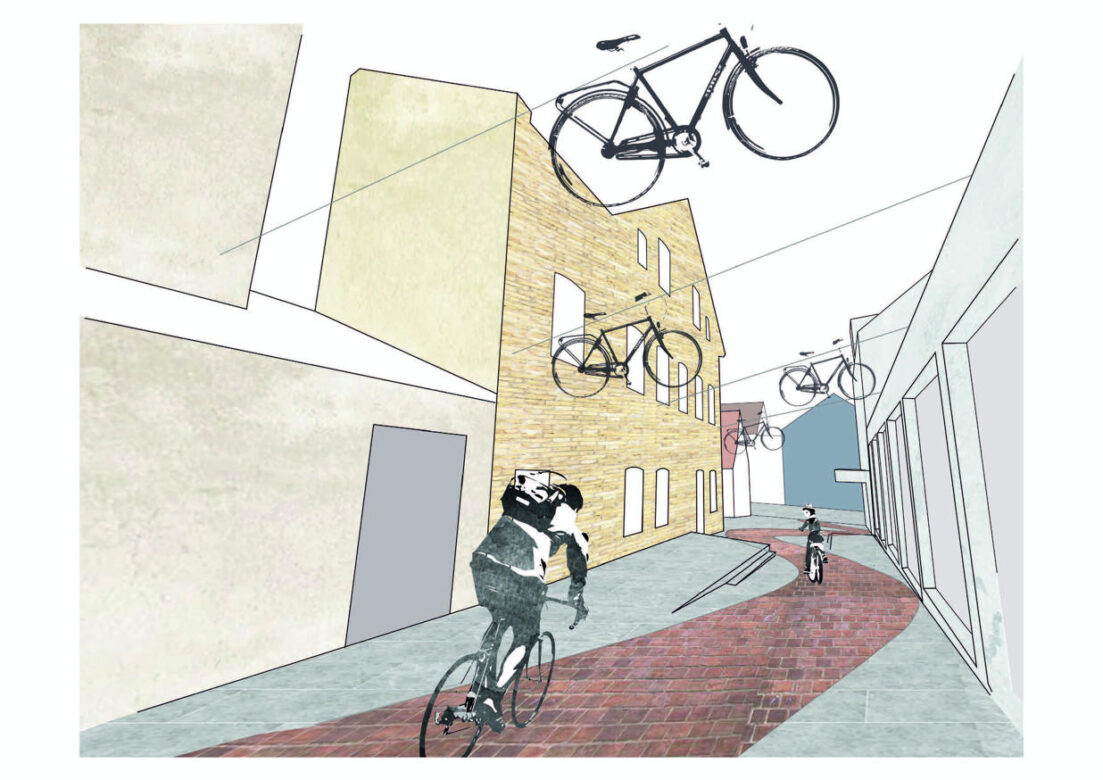 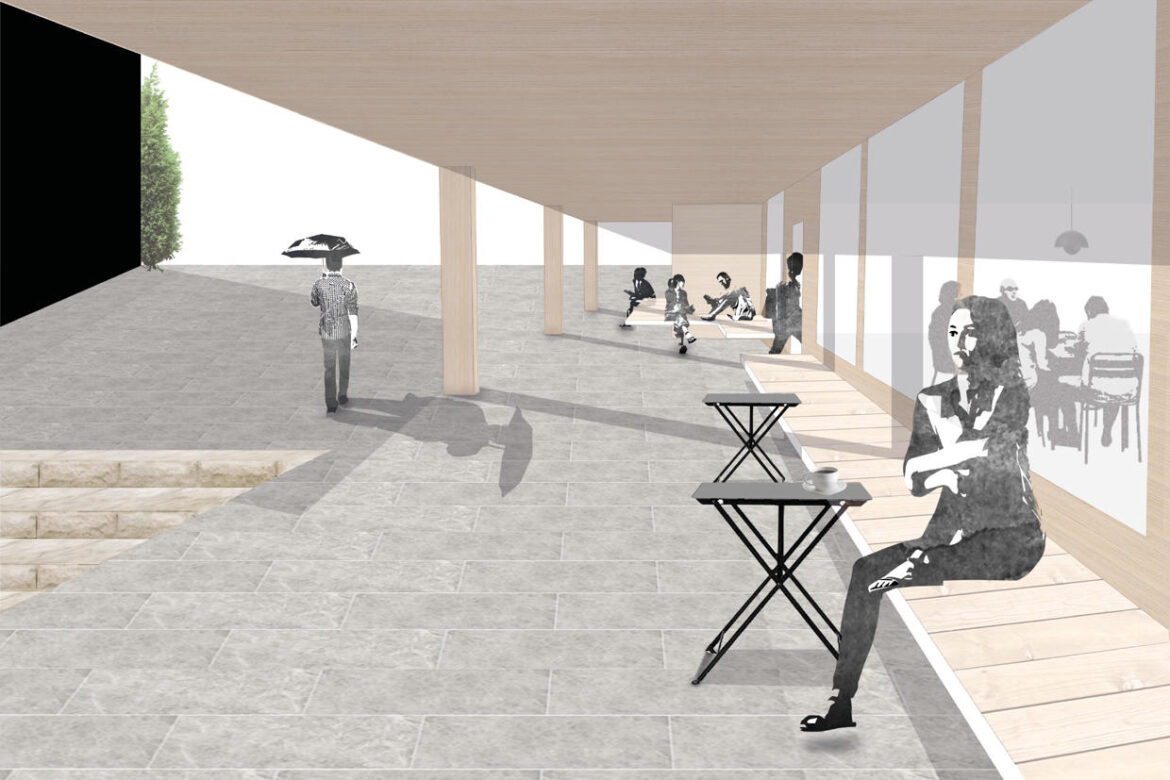 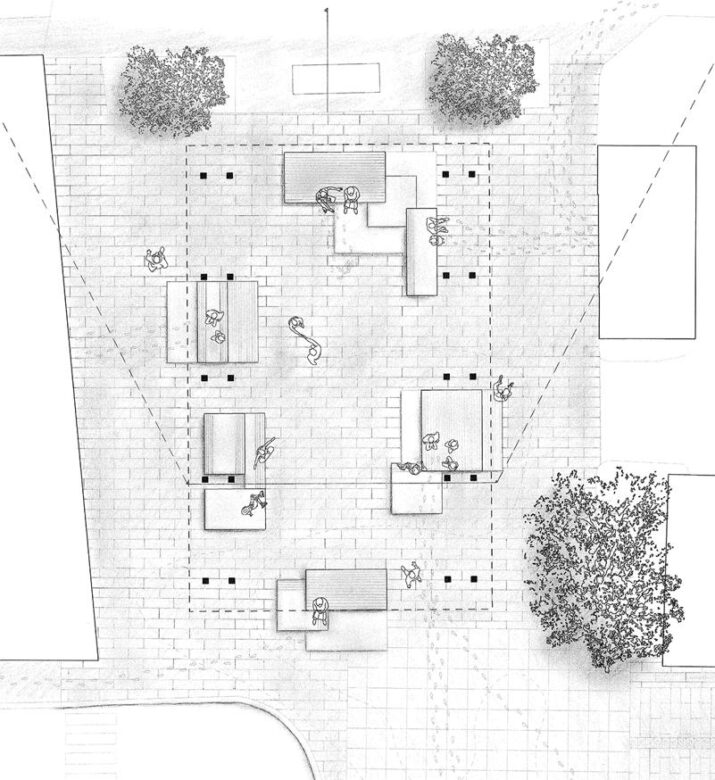 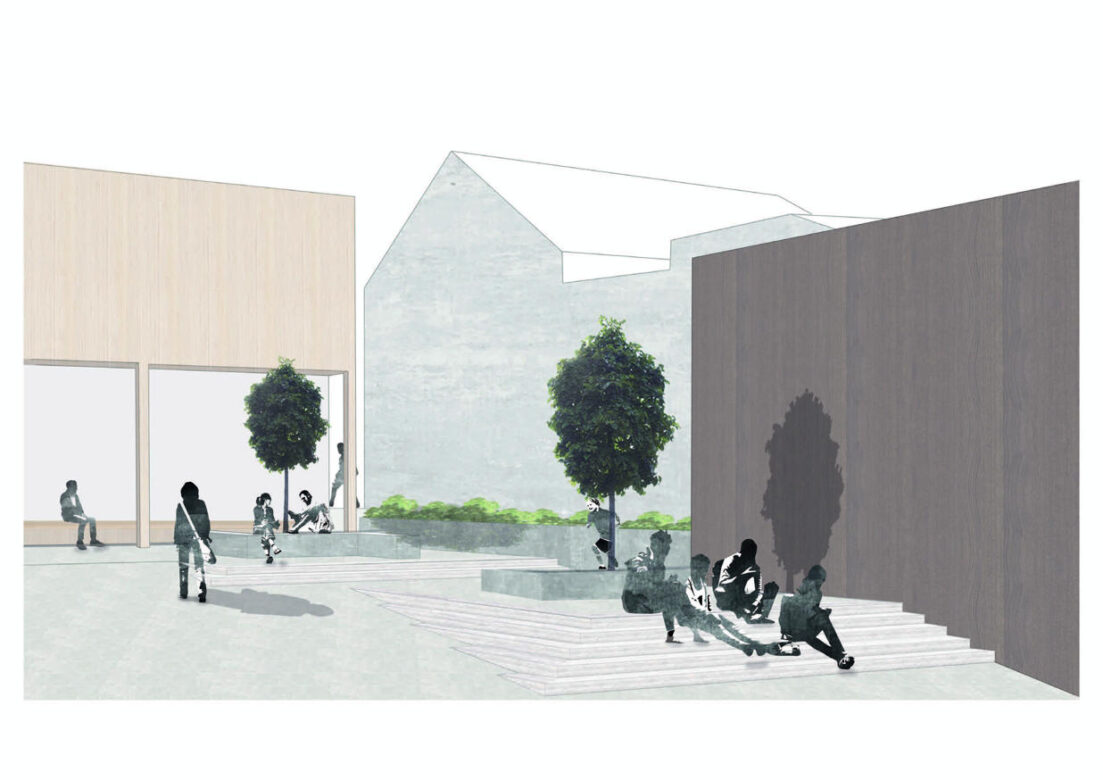 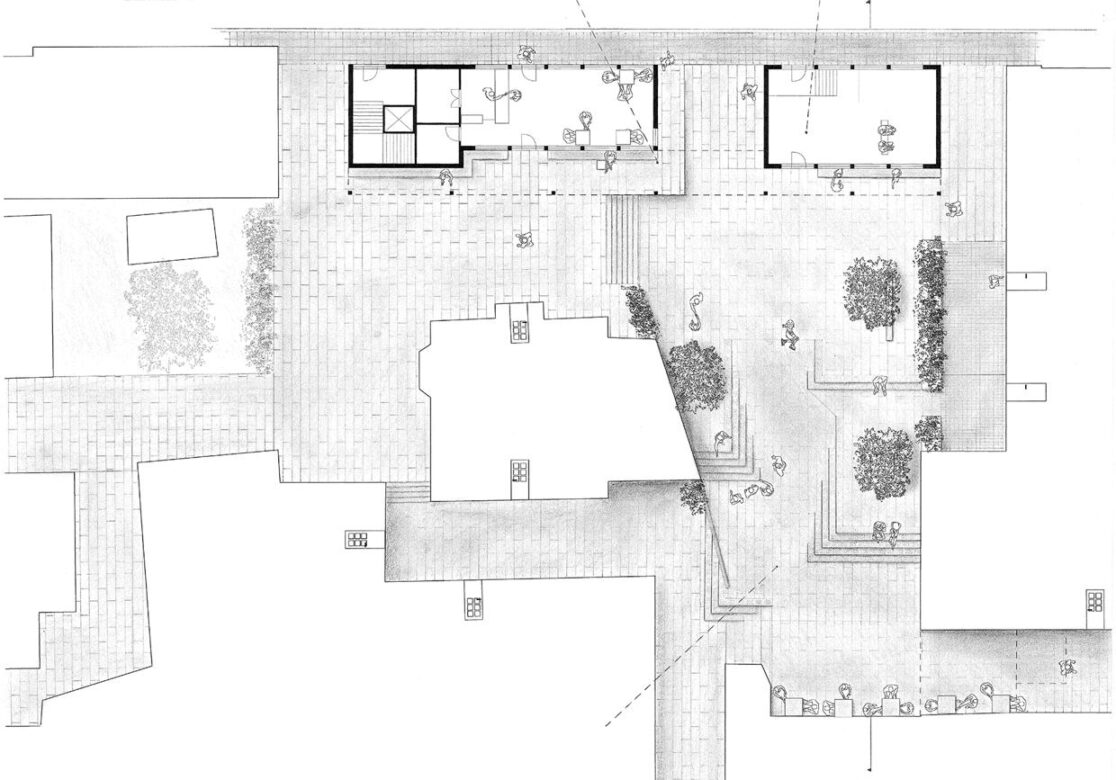 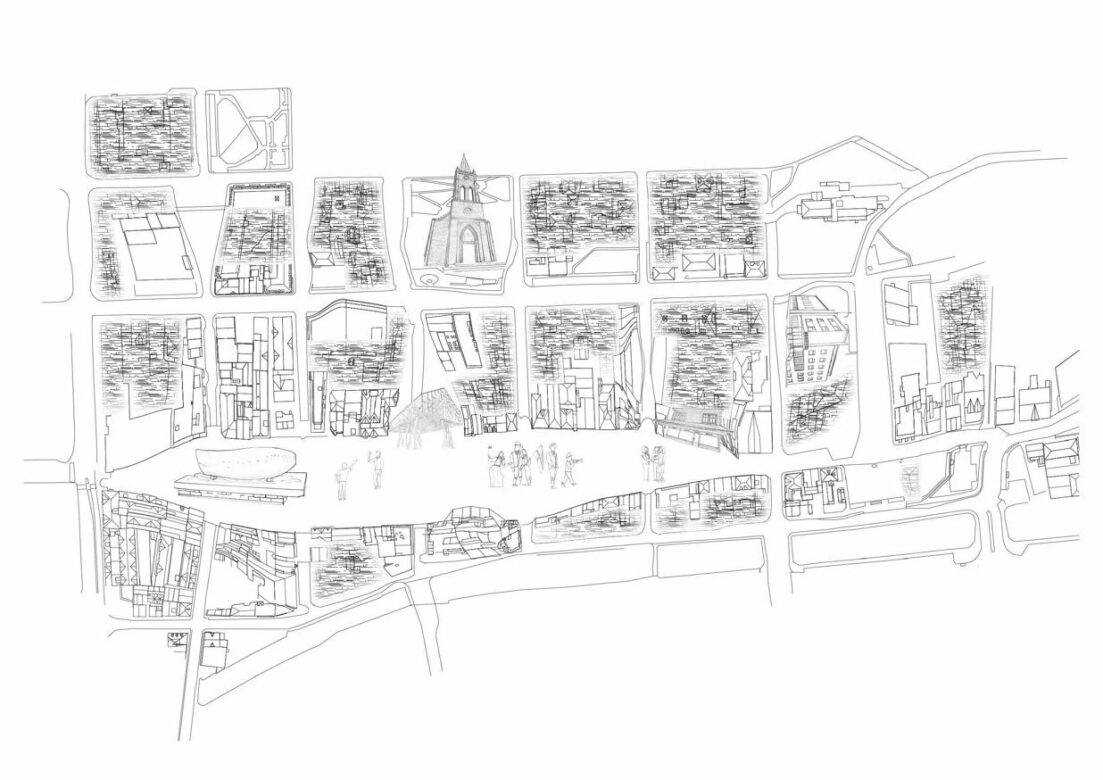 Analysis map as a summary of participation work; detailing the inhabitants perception of this part of Sandnes city center. 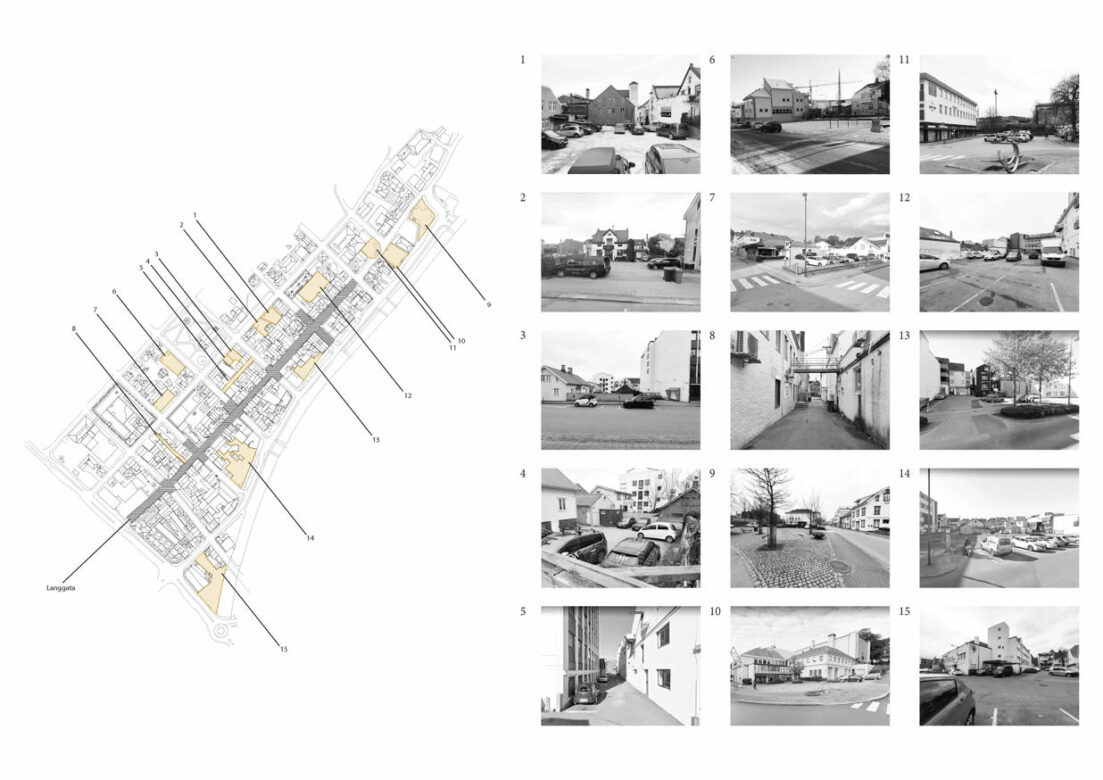