Cristian Stefanescu (Bergen, NO) received his Bachelor of Architectural Science from Ryerson University in Toronto, Canada. Following several years of architectural practice, he went on to receive his master's degree in architecture from the Bergen School of Architecture, with an exchange at the Royal Institute of Technology in Stockholm, Sweden.

He teaches and coordinates the 3rd year urban studies studio, which engages the city through architectural and artistic practice. He has previously taught in the master program and been an assistant teacher in the complex building 3rd year studio.

The dominant grey concrete apartment buildings in Lithuania which have become an integral part of the country’s urban landscape is a clearly visible trace of the Communistic era, these buildings are not
structurally sound anymore and faces a major decay crises. Nevertheless Vilnius municipality is working hard to get the funding and support for the apartment building renovation projects, though already existing and undergoing renovations are quite simple and do not provide any kind of improvement for private property rather focuses on sustainability and structural reinforcement actions, due to this reason The Grey Box project put the focus on adding value to the existing living conditions.

Context: The dominant grey concrete apartment buildings in Lithuania which have become an integral part of the country’s urban landscape is a clearly visible trace of the Communistic era. Today these buildings are not only structurally obsoleted, but also still embracing the ideology witch is no longer relevant nor appreciated within local population. These buildings are looked upon negatively due different reasons starting from: structural to more emotional due to their resemblance of its historical past, and many citizens would rather choose other place to live. Yet, these buildings are the most common choice of housing to this day hosting up to 85% – 90% of households in big cities, and up to 60% of entire country’ population.

Where? The project will focus on one of the neighborhoods build between 1963 – 1973 in Vilnius, Lithuania. The city of Vilnius was chosen as site city as it is related to me personally and it comes naturally as I want to focus on its future development. Even so this project could take place in any city in Lithuania or other country witch has gone through same transformations.

Why? The decay of apartment buildings that provides living space for most of population is common problem. It is not only my hometown Vilnius nor Lithuania or Baltic’s, it includes multiple countries and touches majority of households in former Soviet Union states or areas of its influence where the most households ware accommodated in these apartment buildings and neighborhoods. Due to economical situation and political influence these areas had least possibilities of improving and now faces the apartment building decay crises. The search for the solutions could be beneficial for many and multiplied through out the same like constructions over many countries.
Today in Vilnius city the municipality is working hard to get the funding and support for the apartment building renovation projects. Already existing and undergoing renovations are quite simple and usually limits themselves to the basics, by adding another layer of insolation and structural reinforcement. These renovations do not provide any kind of solution for private property or its improvement rather focuses on sustainability and structural reinforcement actions. Due to this reason The Grey Box project put the focus on adding value to the living conditions.

What? There is an obvious need for change but As an architect I do not want to interrupt life of the inhabitance rather than propose an idea of change and provide the community with tools. The new proposal will also contribute in the public image reformation. This architectural proposal touches a very sensitive historical topic and fulfill not only the need of physical change but also serves as an actor in re-identification process for new, modern society

How? The project is based on real life situation weighing out potential problematics. The existing values and qualities of the location were established on the way and became the main aspiration for the project itself. Proposal does focus on different scales from macro to micro taken under consideration different aspects: from country to city, to district, to neighborhood, to building block, to apartment. Also reflecting on the scales of the communities along side from nation to community, to collective, to household, to the person. 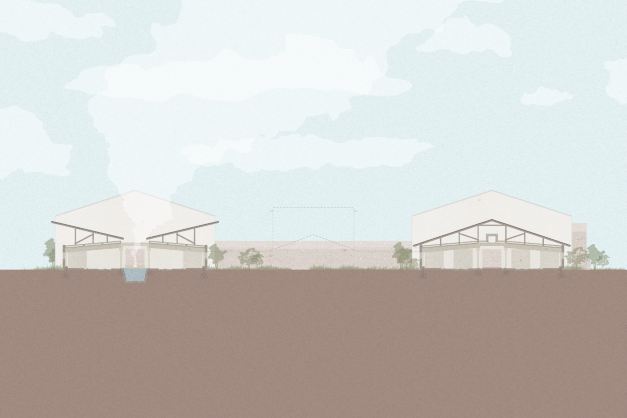 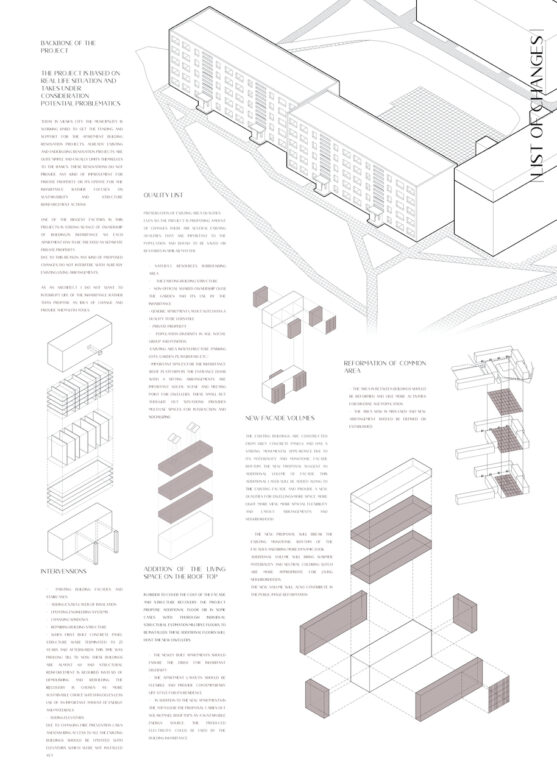 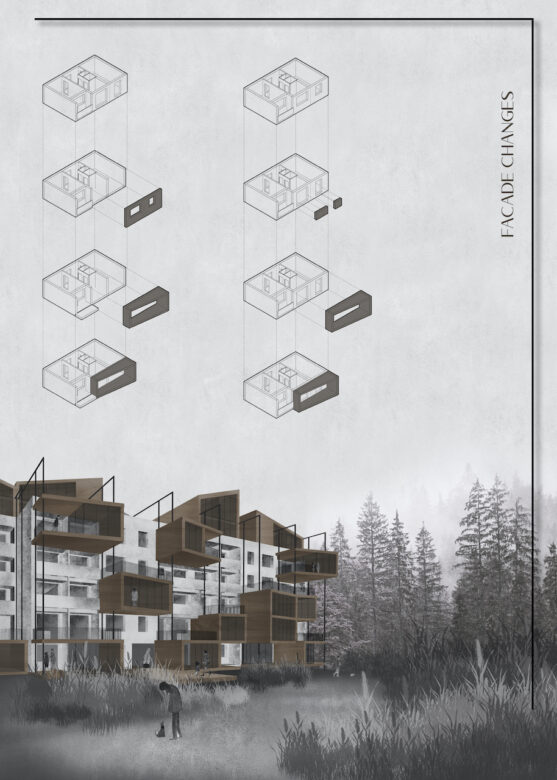 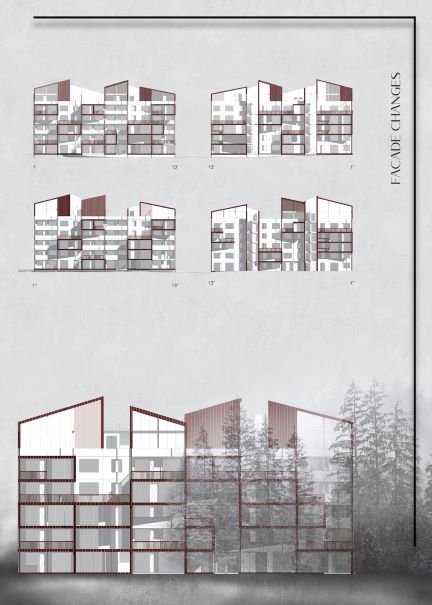 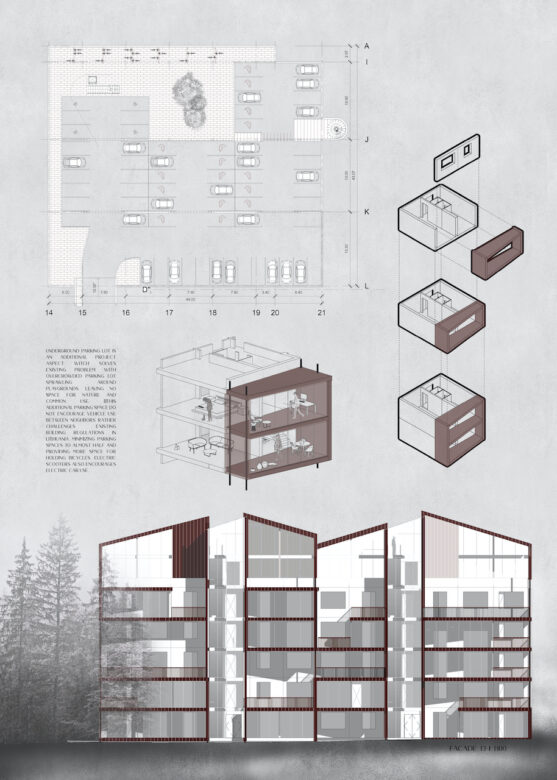 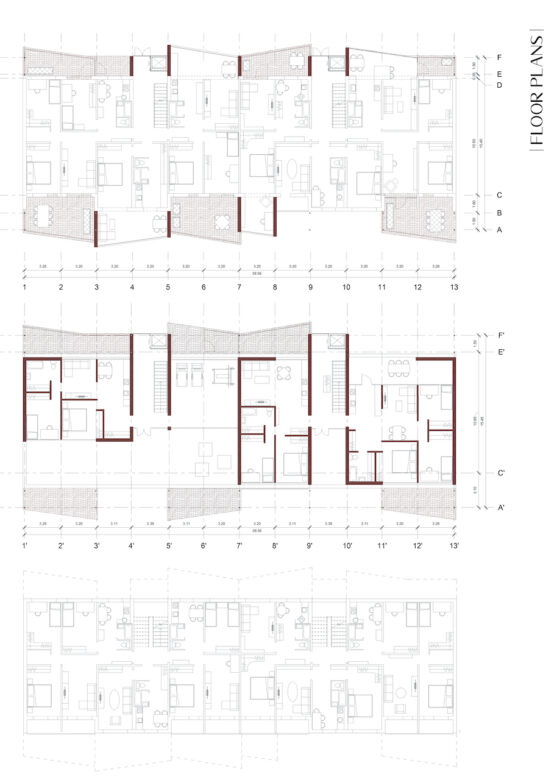 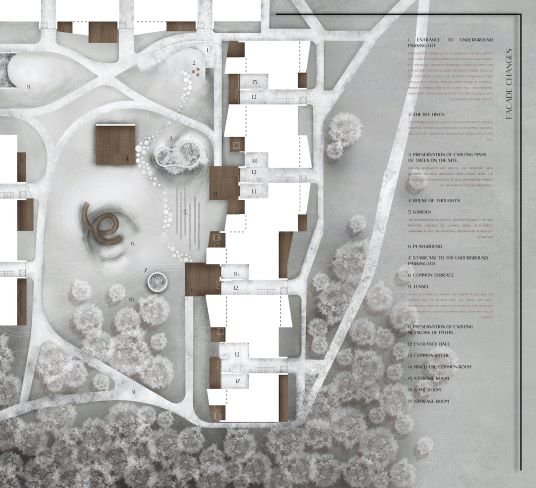 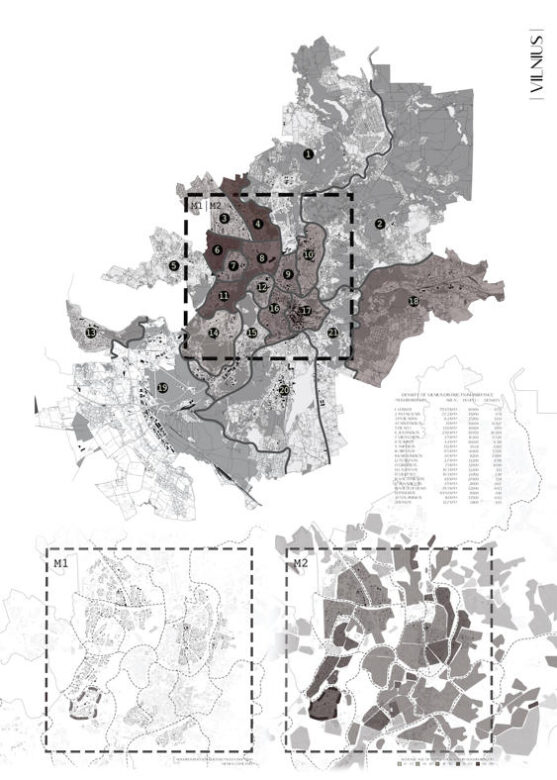 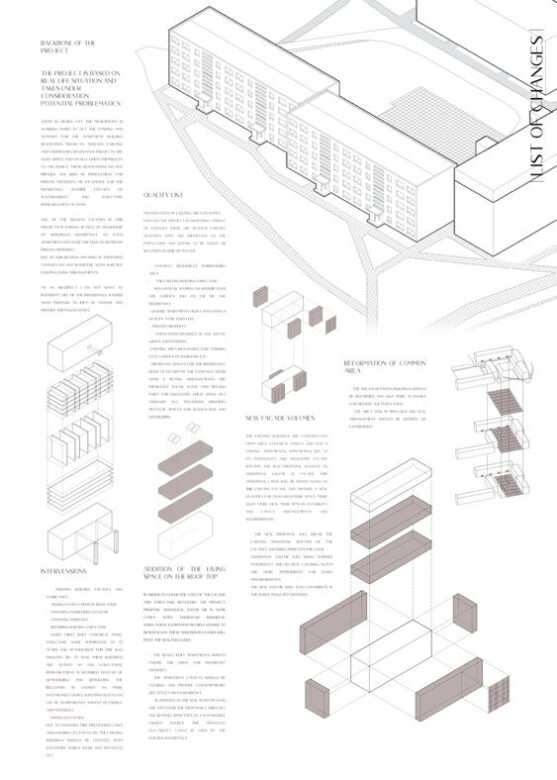 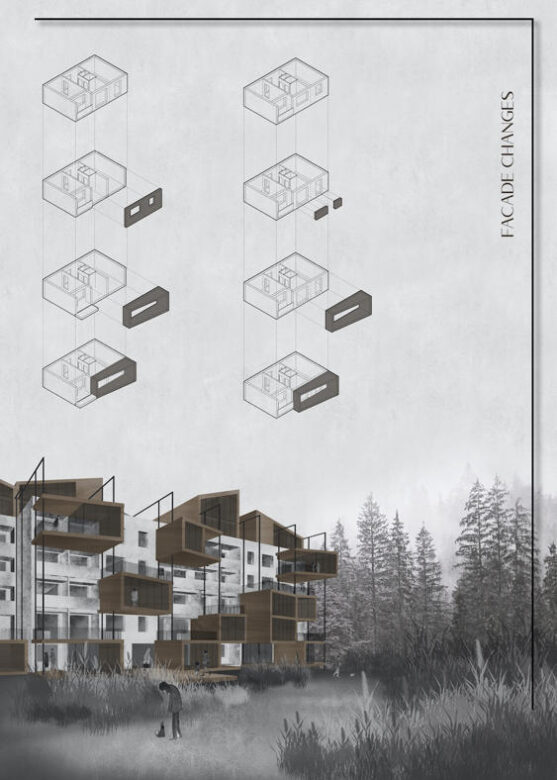 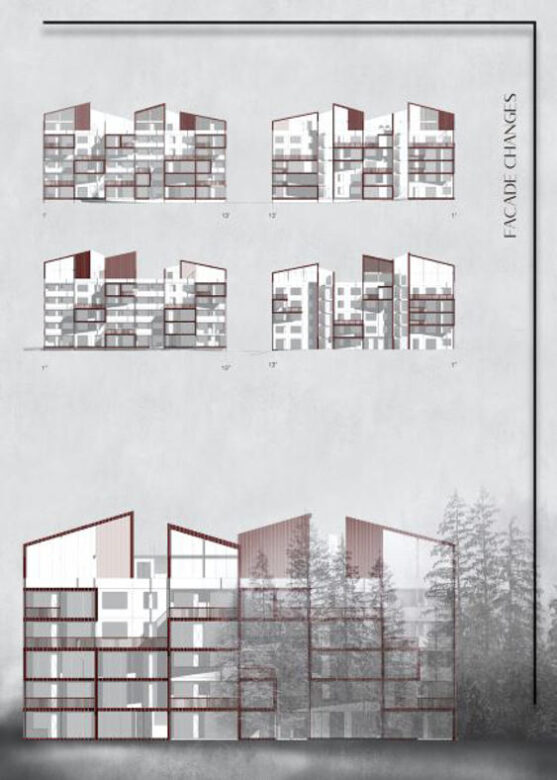 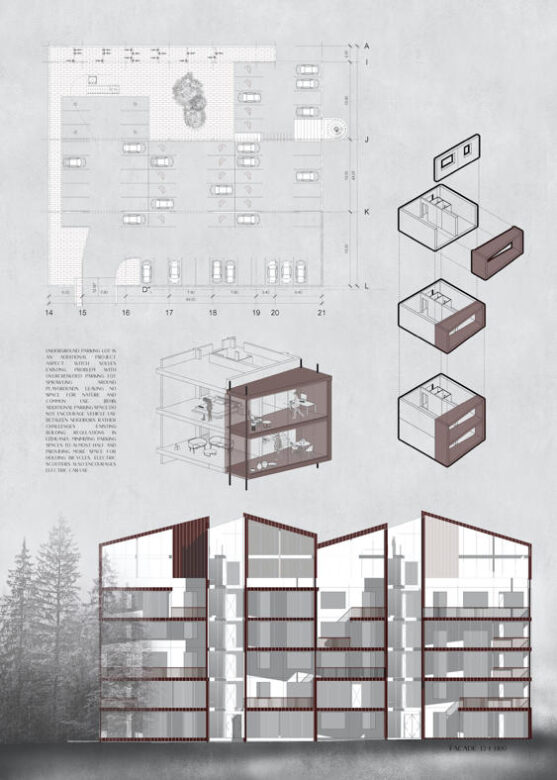 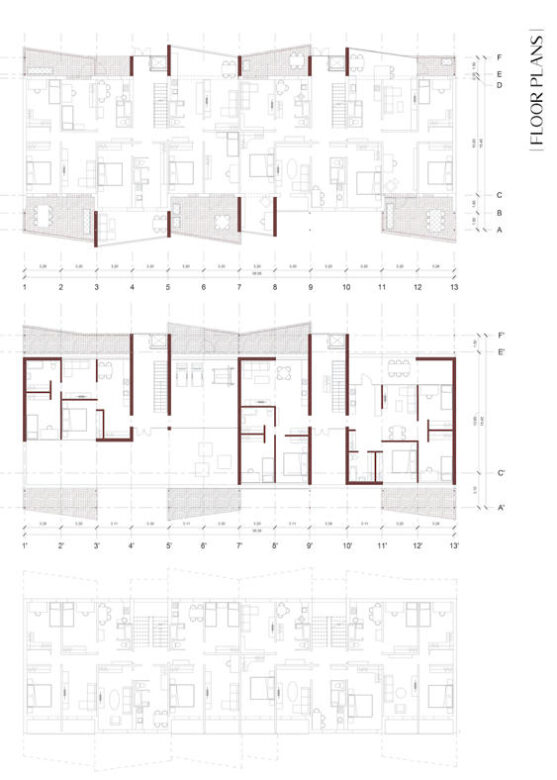 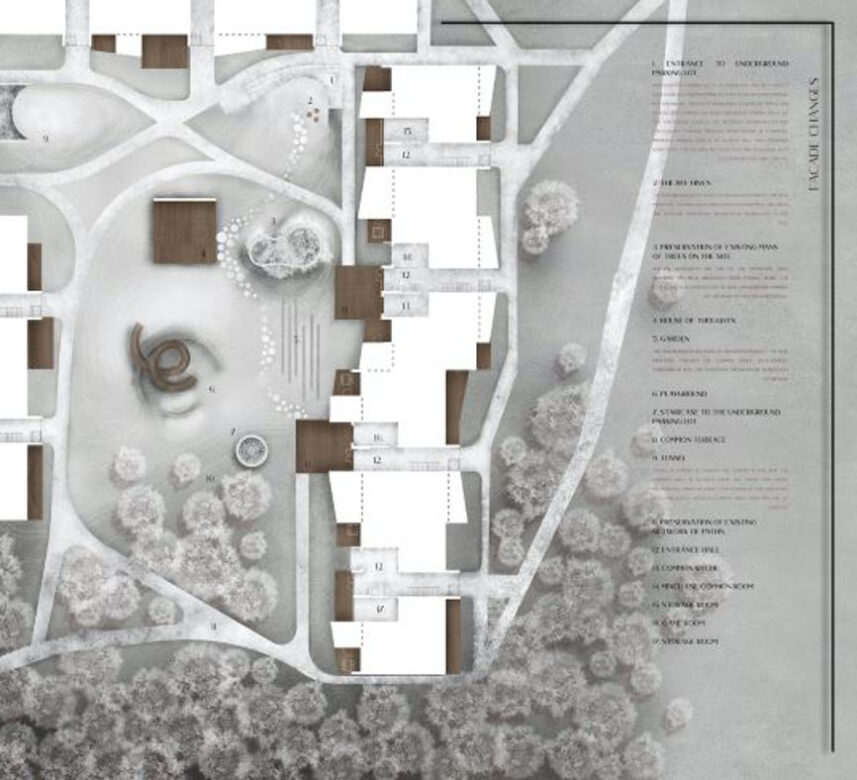 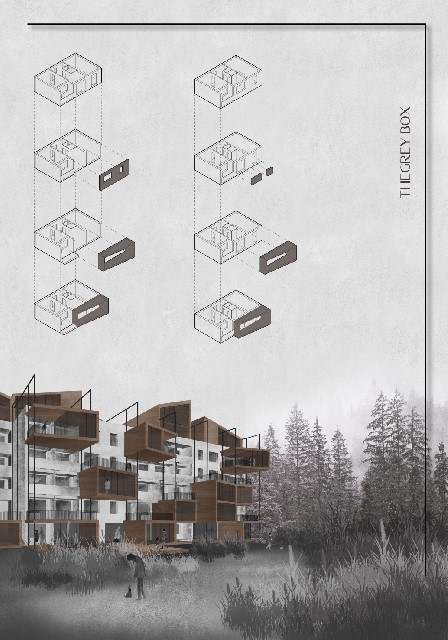