A future Urban Model as a Self-Regulatory Biological Organism?
The Use and Abuse of the Mechanism

Today we are facing greater accelerations of climate change, pollution, soil degradation, depletion of natural resources than previous generations before us. In this project I look at emerging technologies, particularly artificial intelligence(AI), as a way to safeguard our civilization from the catastrophic consequences of climate change, unsustainable development and resource depletion. The project presents a thought experiment that asks what if sustainability goals, along with human needs, would organise our cities?

The project presents an urban model which works like a biological organism with multiple systems with unique Functions co-operating in real time. AI and data enable a city to be self-aware and dynamically reconfigurable in real-time or nearreal-time as any changes to the state of the system are continuously monitored and are thus analogous to the way biological systems operate and respond to their environment. Cities generate vast troves of data which, as an aggregate, provide a representation of human relations to their urban environment.

This speculative urban model seeks to answer how new technologies can make cities sustainable and beneficial to the people who live in them and to the environment. A real-time operating system transforms a city into a self-regulating, living organism, turning the linear and unsustainable management of resources into circular flows, commonly known as circular urban metabolism. This process is unavoidable for future urban evolution, in order to reduce human impact and to facilitate better, more efficient resource management.

The project asks: How can a city be fully sustainable and not to deplete or destroy critical resources? How could the neighborhood, as an urban unit, become more self-sufficient and embody alternative energy sources, while reducing pollution and harm to the environment? How could a city be fully sustainable and contribute to the health of the planet and the population of the future, how could it be both pollution neutral and resource neutral?

In a second stage of the project the urban model is implemented in a physical location. The project imagines a scenario in which Norway abandons its commitment to the fossil fuel industry and explores the re-appropriation of the once deserted industrial area of Forus in Stavanger. The concept of the urban model here appears as a transformation diagram in this site to imagine and speculate how AI might have operated in such an old industrial site.

This part of the project envisions how this industrial area is transformed into a sustainable neighborhood that supports a healthy society and environment. The neighborhood is partly shaped by public policies proposed by experts. The project looks into what this policy, combined with the urban model presented in the video work would mean for this neighborhood. The decisions and transformations in the neighborhood are based on this policy, which artificial intelligence strives to maintain within ideal parameters. 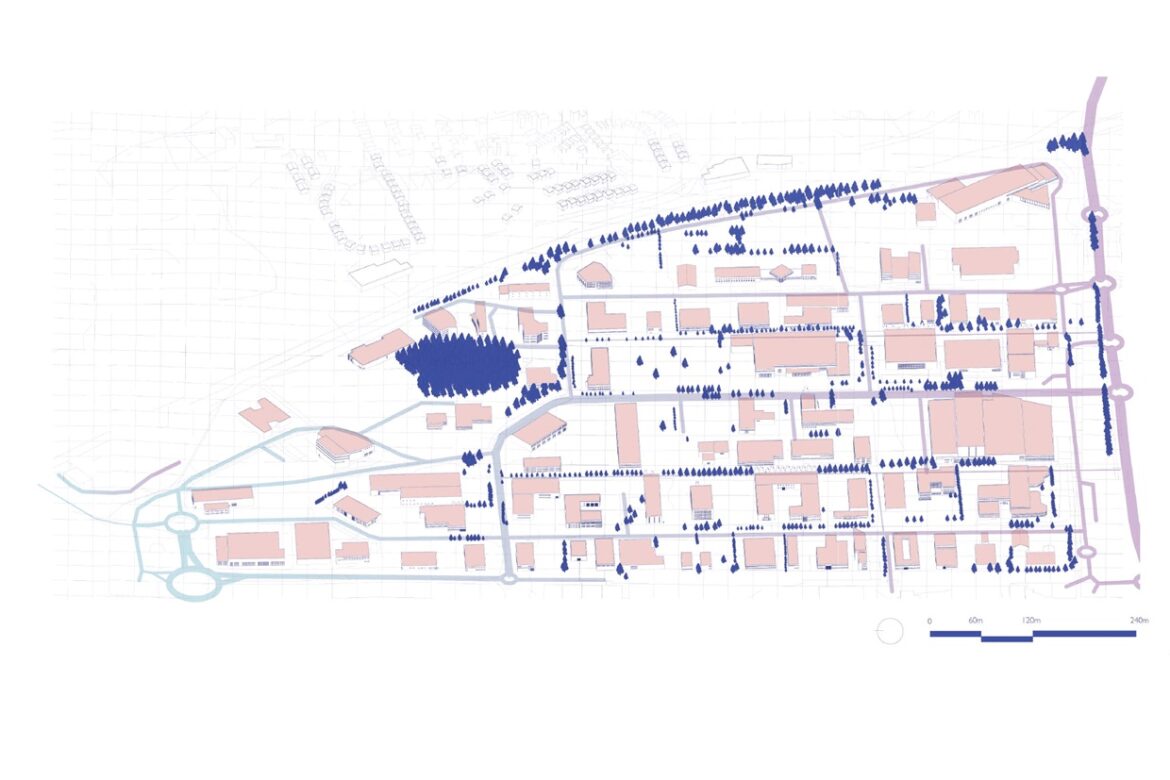 Axonometric view of the Forus area before the transformation 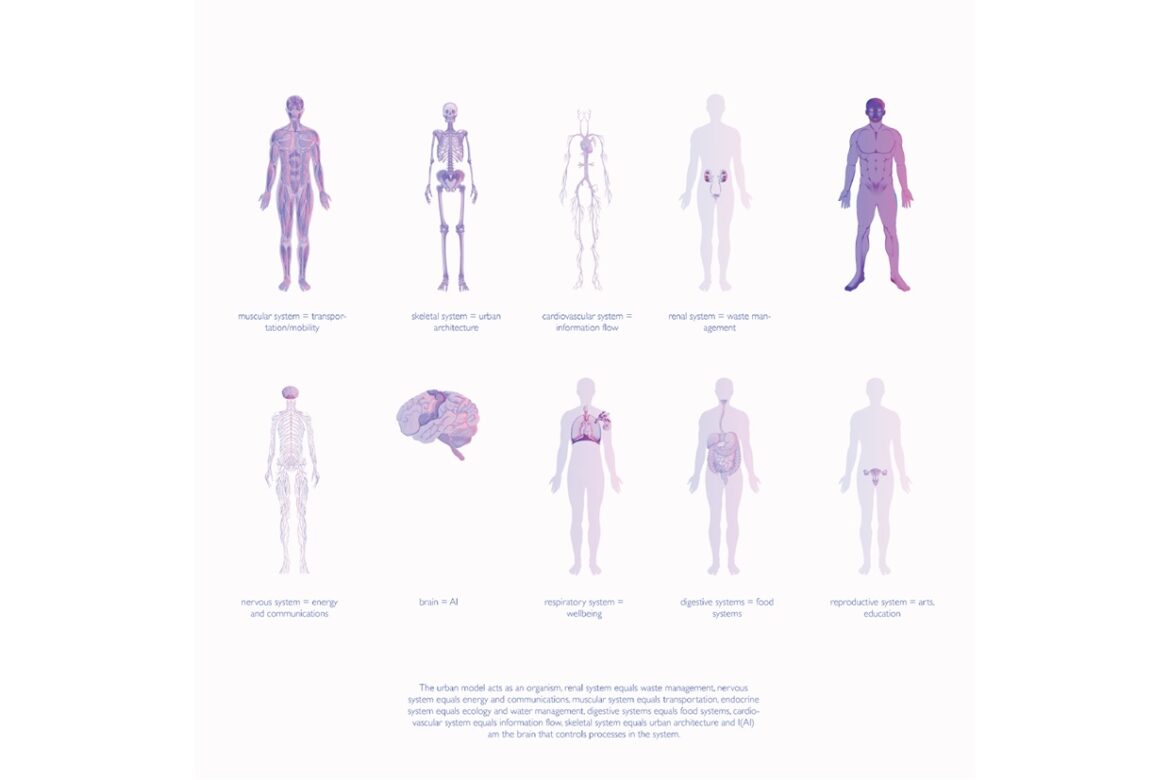 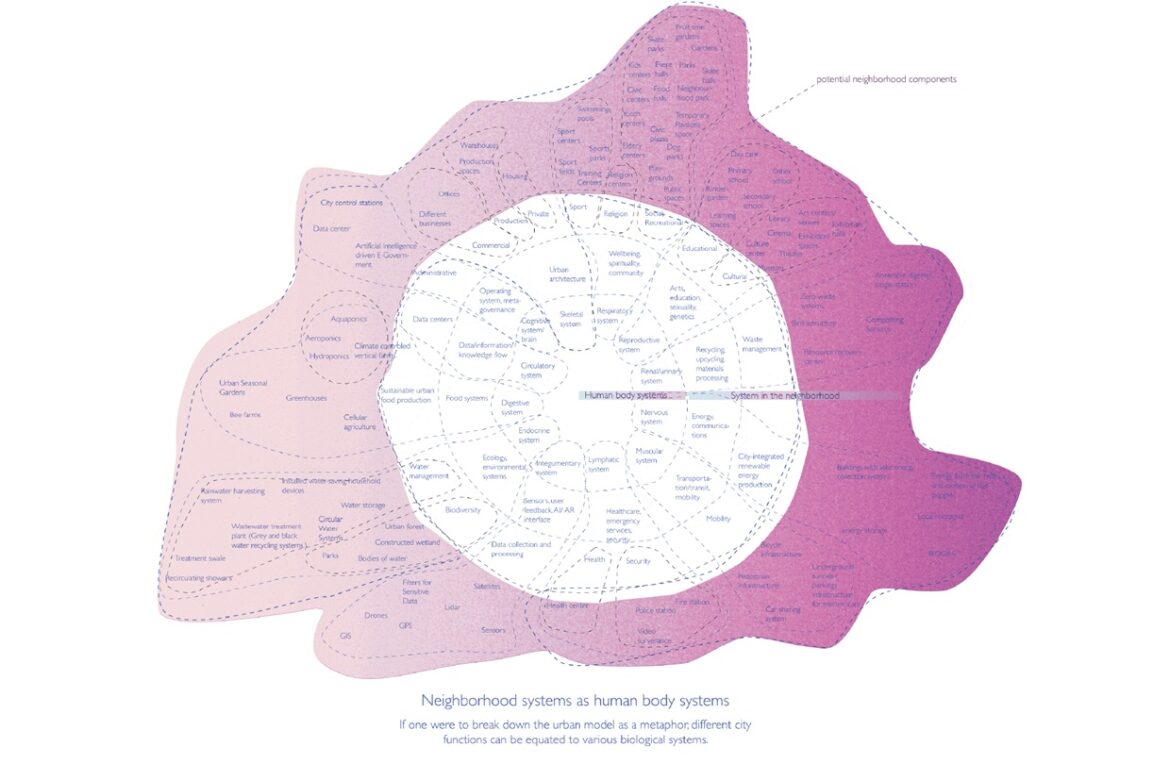 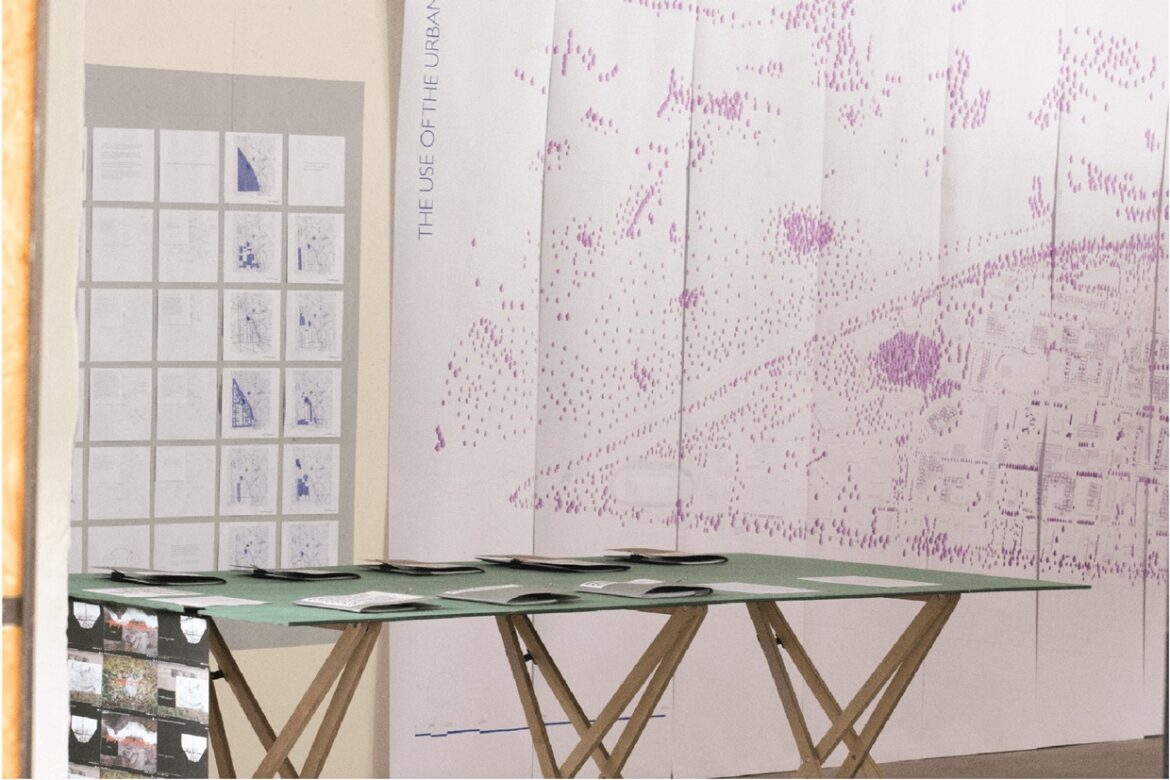 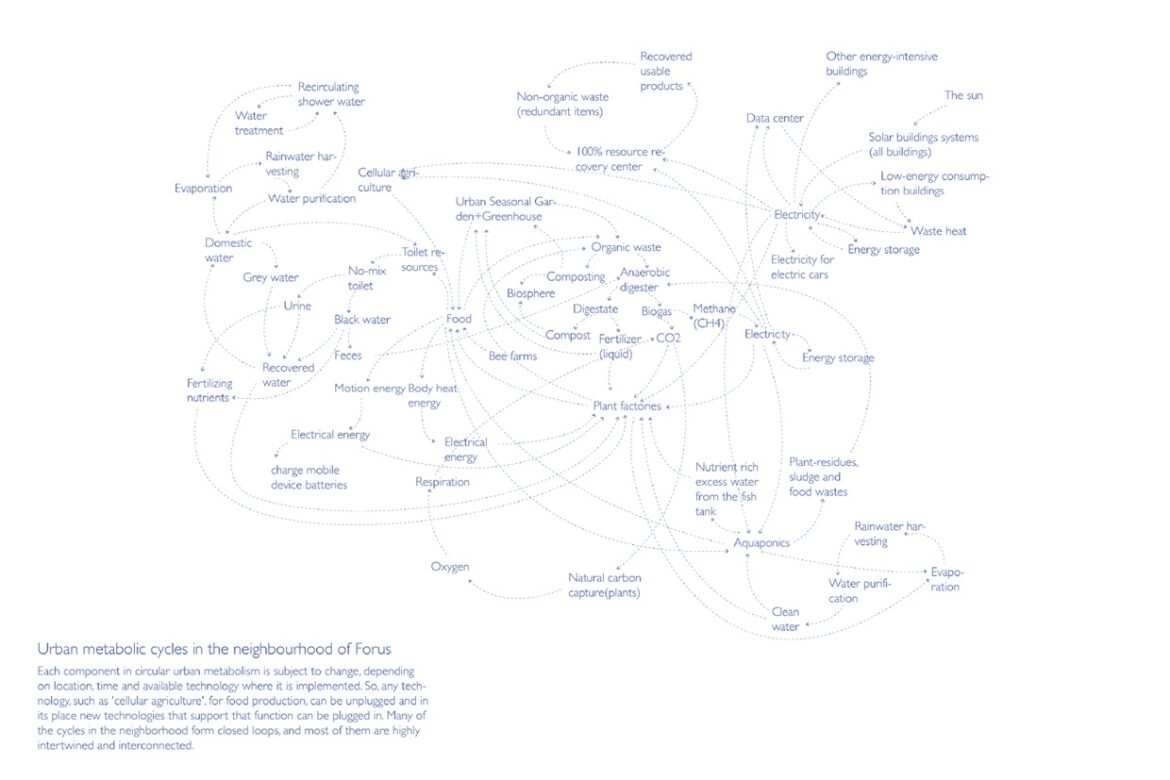 Urban metabolic cycles in the neighbourhood of Forus 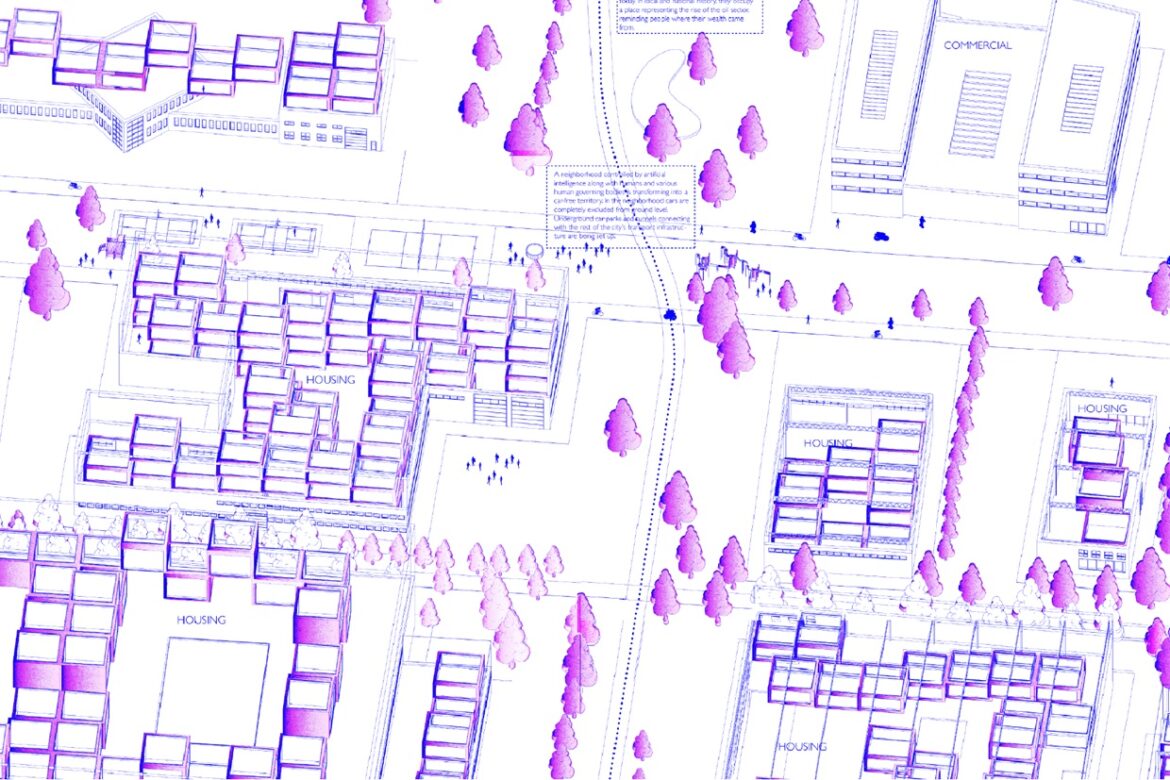 Zoomed in view of part of a transformed Forus area
Dokumenter