Cristian Stefanescu (Bergen, NO) received his Bachelor of Architectural Science from Ryerson University in Toronto, Canada. Following several years of architectural practice, he went on to receive his master's degree in architecture from the Bergen School of Architecture, with an exchange at the Royal Institute of Technology in Stockholm, Sweden.

He teaches and coordinates the 3rd year urban studies studio, which engages the city through architectural and artistic practice. He has previously taught in the master program and been an assistant teacher in the complex building 3rd year studio.

Most of my artistic work is situational. I work mostly with light, - light touching, form and space. This has resulted in a number of «light installations» interior and exterior. I work mainly with site based ideas; content and character.
Materials are chosen according to the idea and in relation to the site.My choice of materials is unlimited;anything from traditional materials to building- or natural materials.
The light can be natural or a variety of artificial light.
The situations can be either small or large but always with one or another form of energy.My main focus is on relativity of space/form/light with a versatility.
Light and space relativity is common to all my works.
I am fascinated by light, yet not necessarily limited to the colour white whenever the situation requires something else.

The project investigate, speculate and propose the question: How can a parking space in Bergen City be used in a possible future shift where re-natura lization of the city structure occurs?
By looking at a future where selfdriving cars and car sharing might be the norm (yr. 2050-2100) the project portraits a possibility of researching new ecologies in urban areas in a nordic climate while functioning as an active public space of experience.

The city of Bergen is situated in a valley with ”The Seven Mountains” encircling it and is Norways second biggest city with about 280 000 people usually referred to as the capital of the west-coast of Norway. The city itself is quite dense as it is pressed together by the surrounding topography and could be comparable in urban density to european cities today with structures from the middle-ages. (The density of people is not necessarily that high)
Looking at cities today where in many countries there is an exponential growth, projecting that about 68% of the worlds population will live in cities within the next 30 years[1] , we recognise that there is much to be gained by considering urban environments differently. Bergen in this context might be viewed as an isolated and small city not to much affected by these projections, but it might still be viewed as a manageable scale regarding different urban experiments in the nordic cities.

Our speculation lies in the fact that amongst other things carmanufacturers focus on the development of self-driving cars and the possibility of carsharing. We also see that there is a transition in, at least Norwegian society, that owning a car is becoming less and less important with the emergence of carsharing platforms, especially in urban areas. Parking space is a very uneffective use of space as it uses a lot of landmass and is primarily used for one thing; namely storing cars. If carsharing is adopted by all people you could use your digital device to fetch a car whenever the need arises and we would subsequently reduce the need for parking space in urban areas by about 97%[1]. The cars would be moving around most of the day and the roads become an active parking space.
We choose to work with a square and the parking space underneath connected to Bergens main music venue, Grieghallen as a result of our investigations. To find out more, download our program. 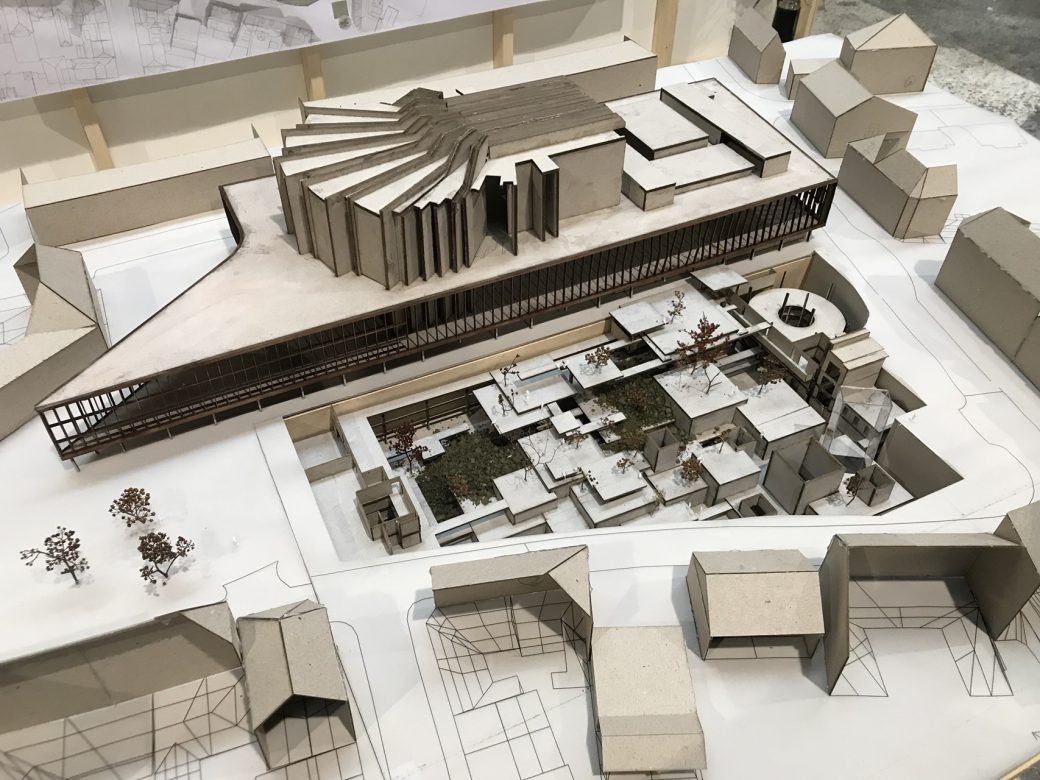 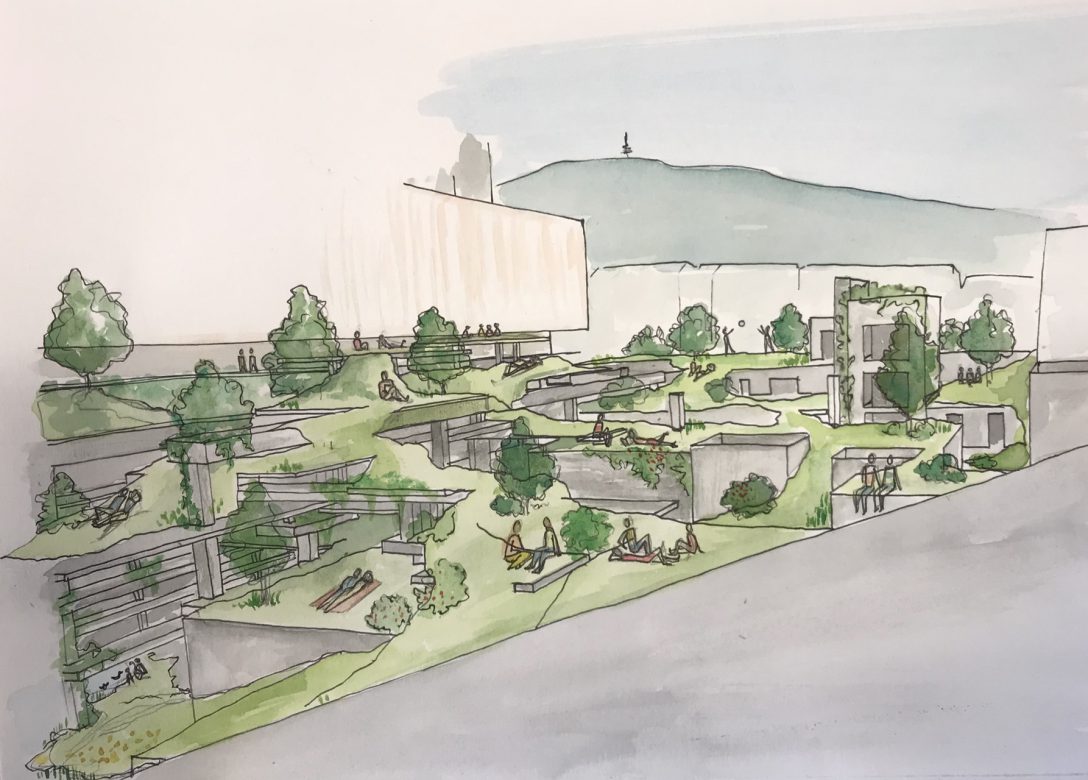 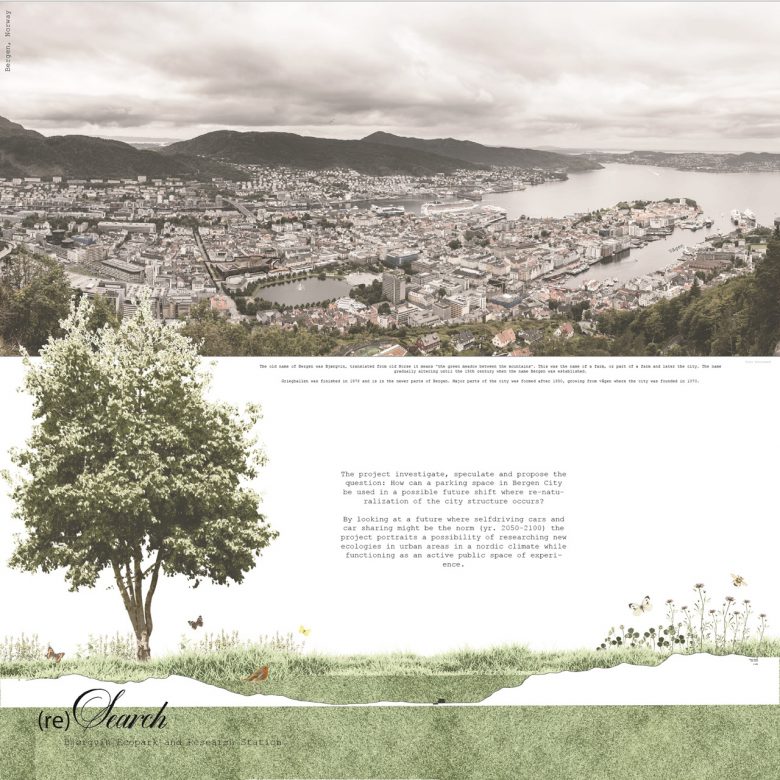 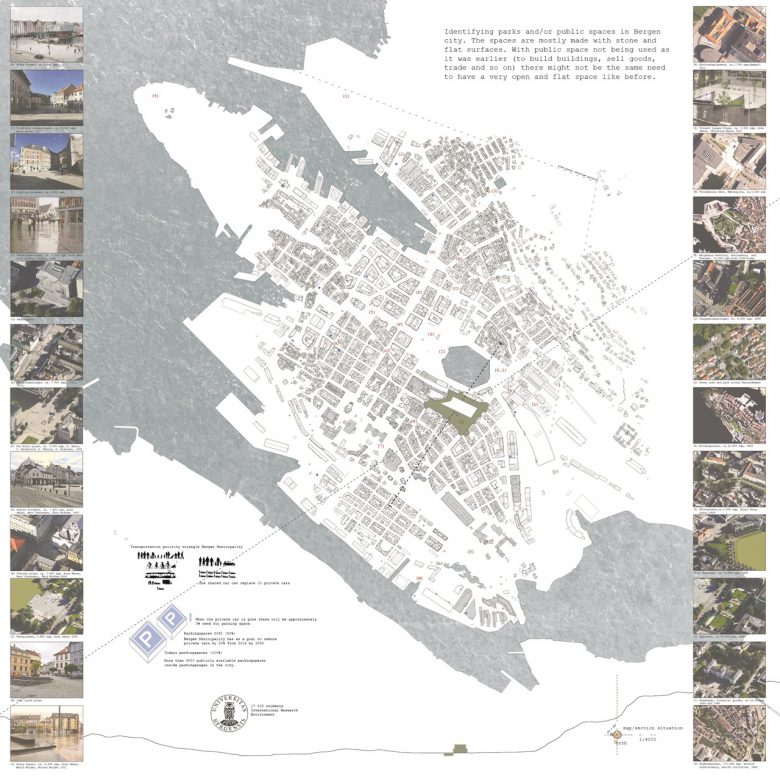 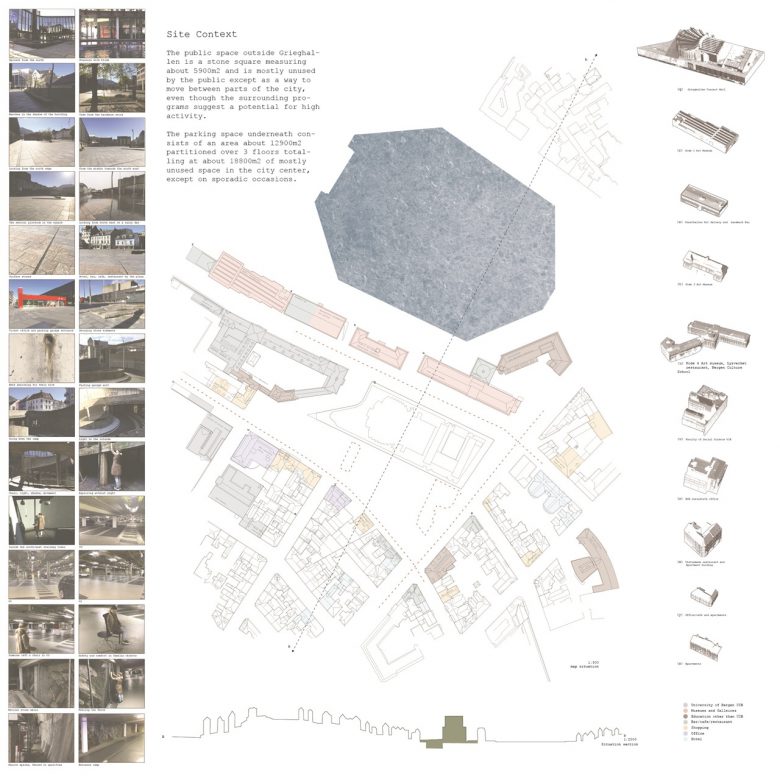 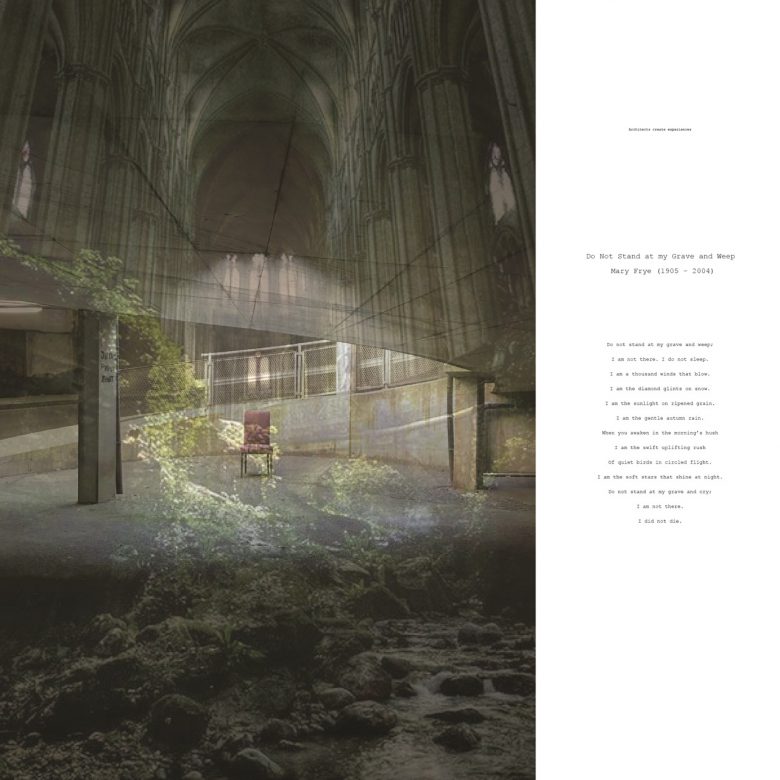 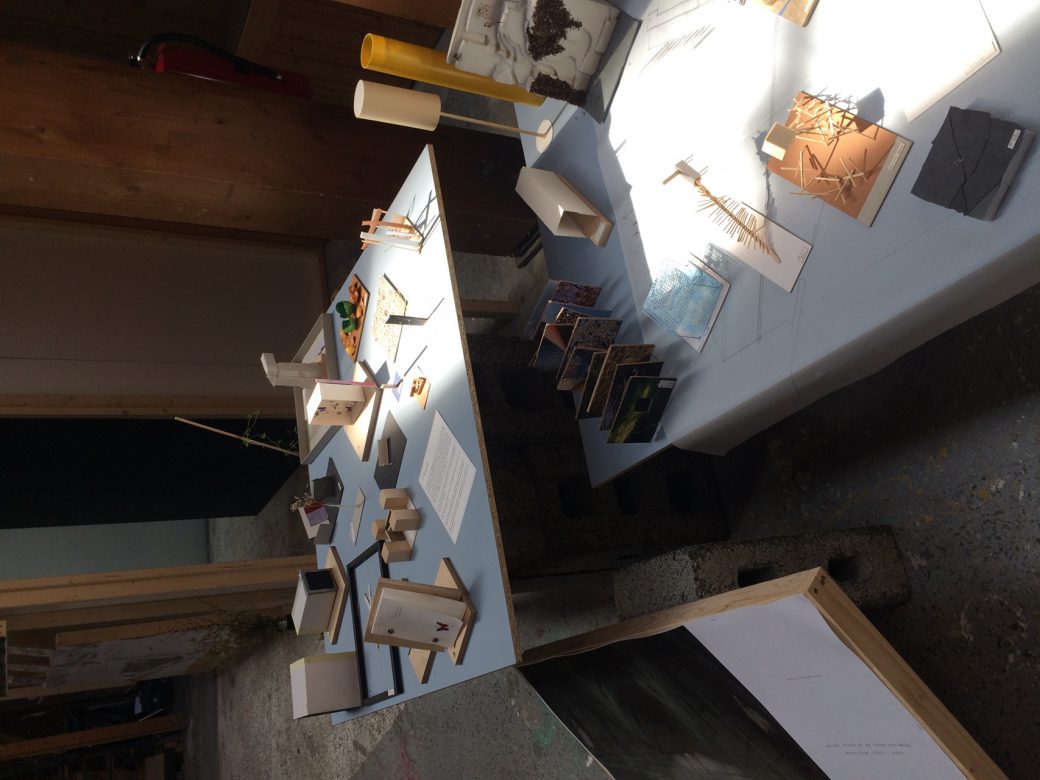 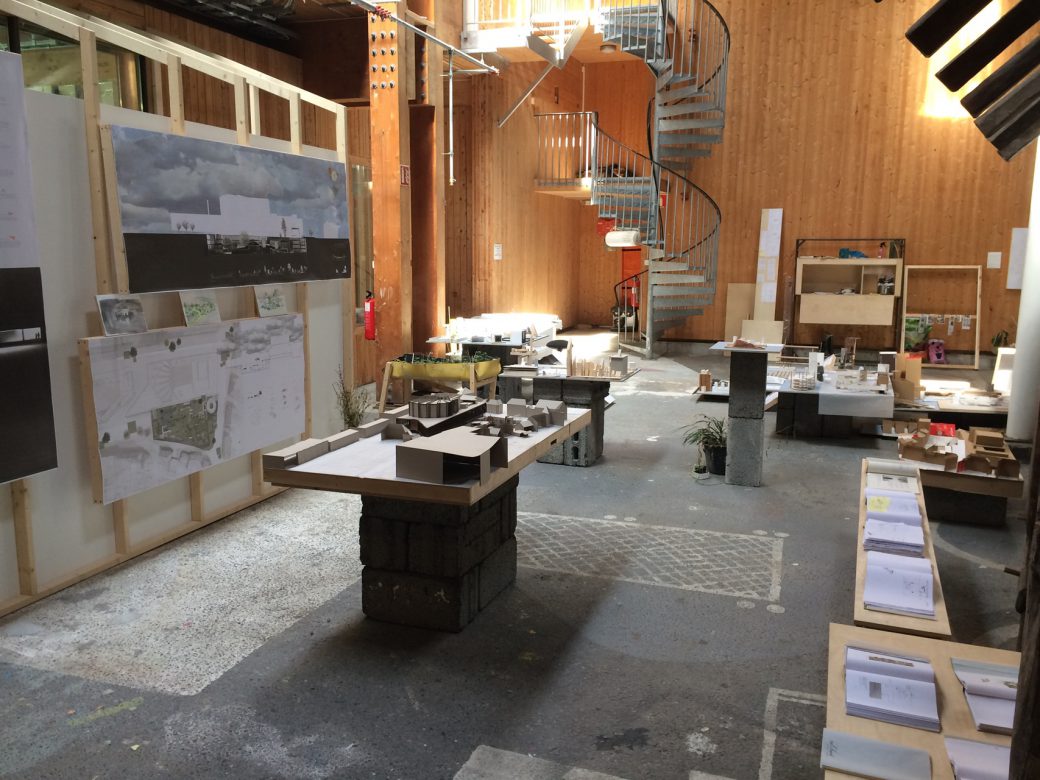 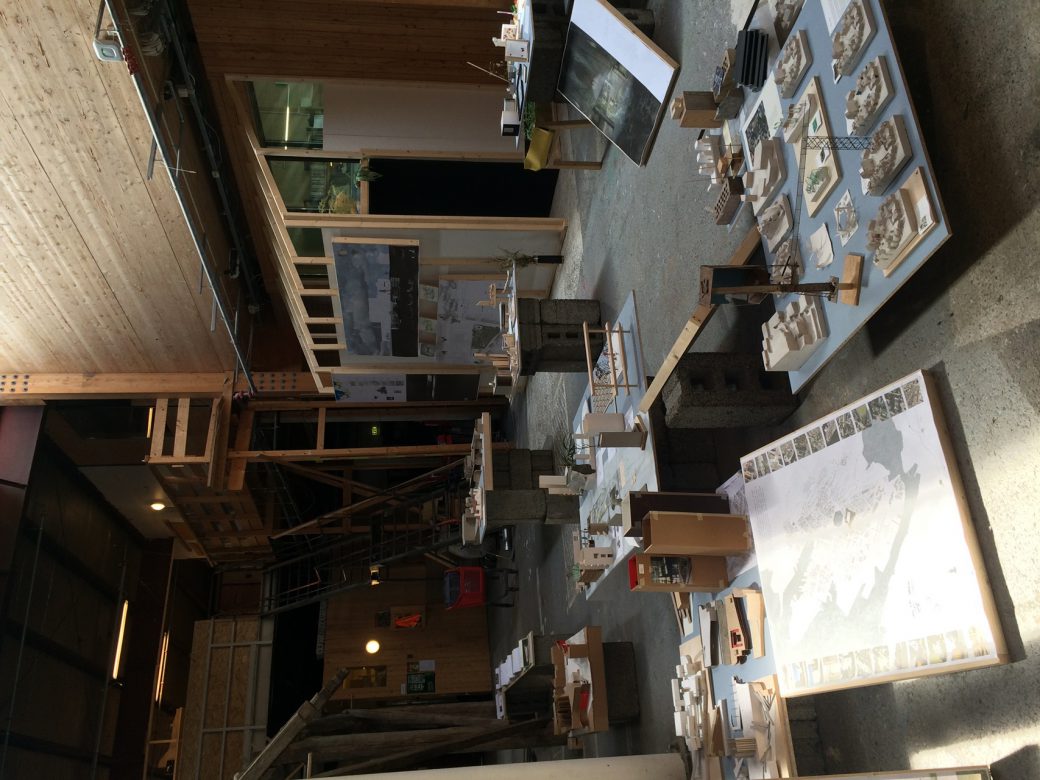